During the summer of 2021, Najwa Sidqi, Knowledge Transfer Manager for Quantum Technologies at Innovate UK KTN, interviewed Murray Thom, Vice President of Product Management at D-wave Systems, on applications and use cases of quantum computing in manufacturing.

D-wave is a global leader of quantum computing systems, software and services and is the only provider building both annealing and gate-model quantum computers. KTN, along with other leading experts in quantum technology in the UK also previously visited D-wave in Vancouver in 2018 during its Global Expert Mission for Quantum Technologies to Canada.

What is D-wave Systems and what is its core technology?

“D-wave Systems has been around for over 20 years and our mission is really about bringing practical value to business applications to customers through quantum applications. This has really informed a lot of our decisions through the technology space, choosing the model of quantum computation that we’re using, so that we can build this new technology which helps us understand the fundamentals of how the world actually works while also helping us solve important problems in the industry.”

Where does quantum annealing sit within quantum computing and how does it work?

“For manufacturing problems, you may be arranging the schedules of a set of delivery trucks, and you want to look through all the possible routes that they can be doing. Those are all classical solutions. Any routes that I present to you through the city are ones that any person can understand, but there’s a huge number of possible combinations of routes that you can take. In fact, even with just hundreds of decision variables, you can end up with more possible options than there are particles in the universe.

“So, it is in quantum annealing. To some extent, it’s very different from classical computing but also complimentary so there are opportunities in business for us to combine the classical computers that we used traditionally with new quantum computers to help us get really high-quality solutions.” 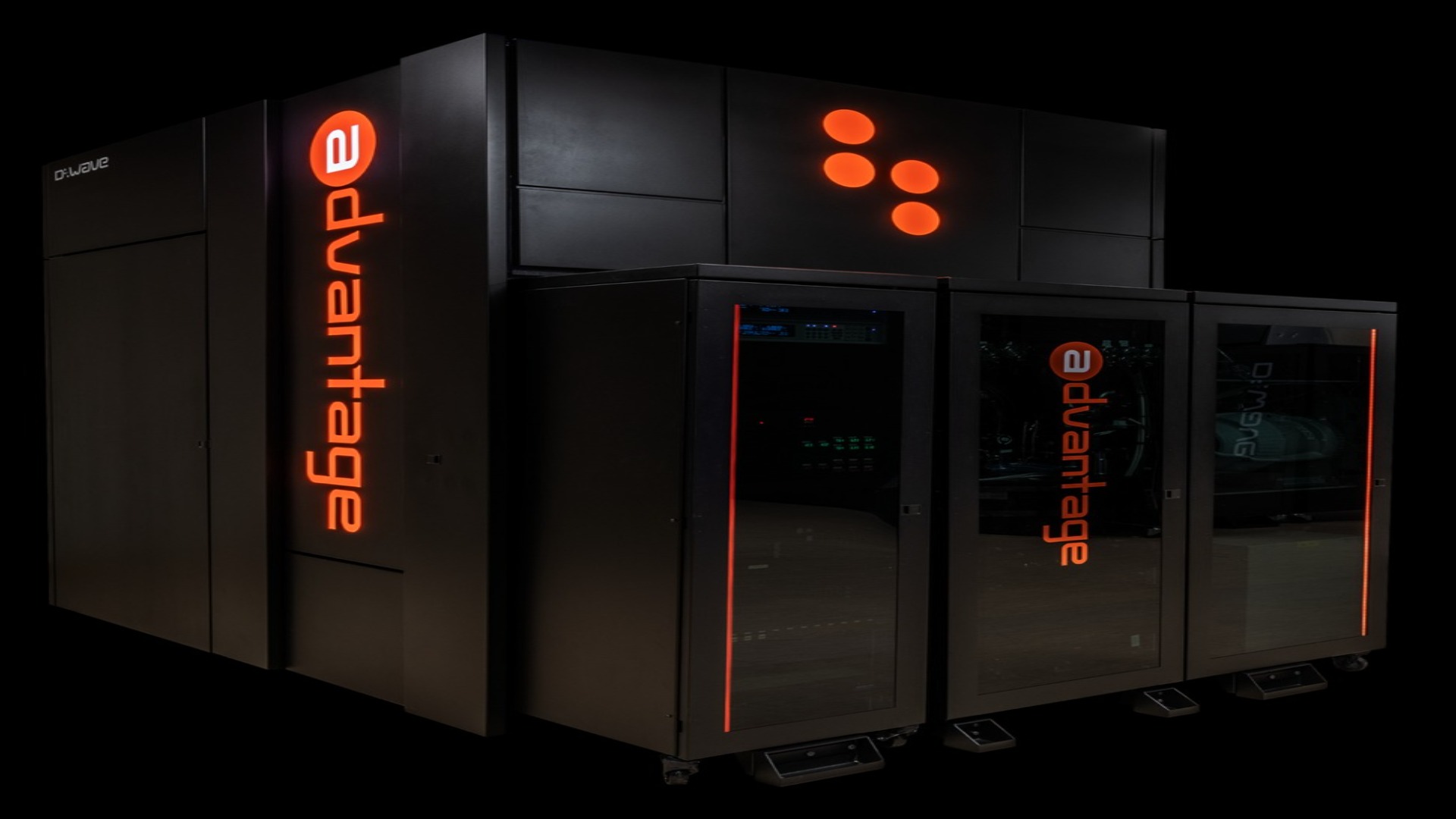 Where do you see quantum annealing making the most impact on manufacturing?

“One of the great things about quantum annealing in terms of creating practical quantum applications is that you don’t need to be a quantum physicist to programme a quantum computer. In fact, you can write programmes that are all classical using your laptop with Python and open-source libraries. When you send the problem in, you get answers back and interpret those answers right away.

“Certainly, if you’re a quantum physicist, you can dive into the details in the lower parts of the technology stack, but it’s very accessible to those of us in the development range for writing software and trying to solve real world business problems. The problem classes that a quantum annealer is primarily targeted for (and is useful) for are combinatorial optimisation (the technical term for a system optimisation where discrete decisions are to be made or for parameters that don’t vary continuously).

“A recent study amongst 5000 companies found that a third of them were abandoning important business problems because of the time to solve and also were too complex. This is linked to using computers or humans to solve problems in industry at a large scale.

Are there examples of using the D-wave annealer to solve industrial challenges?

“We have seen a lot of progress in industries focused on manufacturing and logistics, also in the life sciences and pharmaceuticals as well as in the finance space, in optimisation particularly, with several collaboration examples. We have closely worked with Volkswagen; they started their career in practical quantum applications early and we are looking at mobility applications.

“We can help create solutions where you are trying to route vehicles in a particular route and minimise the overall traffic congestion across the whole group. They were able to build the first practical in-production application where they were scheduling conference buses in Lisbon. Using quantum computing, they have also developed an application for a paint shop scheduling to reduce waste and cost. This task was run on our quantum computer and allowed reducing the paints by 80%. Another example is by Denso, a major automotive parts manufacturer in Japan, who uses quantum computing to study manufacturing floors and autonomously guided vehicles and moving them around between different stations and delivering equipment.

“One example that’s really close to home in my case is Save On Foods, which is local to Western Canada. They have a very complex operation that is stored all over Western Canada with over 3 million square kilometres and lots of complex operations, point systems and deliveries. We were able to work closely with them and help them work on grocery optimisation, reducing problem solving time from 25hours down to two minutes.”

What are the routes for industry and manufacturing specifically to access a D-wave annealer? Do you envisage making it available to a more diverse range of users?

“The technology stack and the open-source software are easy to access, easy to bring into your organisation and easy to start writing programmes. We have also created a searchable list of examples that you can find online of some of the 250 early applications that are built on the system. If you are looking for commercial terms, then we have options to purchase access for larger amounts of computing time and some of the hybrid solver time that we have there.”

What is the main sector you are focusing on currently and what other sectors you are looking to expand on in the future?

“We are focused on manufacturing and logistics as well as pharmaceuticals and life sciences. There have been a lot of applications investigated in terms of materials simulation, protein design and therapeutics as well as the finance industry where a lot of calculations are conducted to optimise financial security and pricing, credit risk modelling and similar applications. We are always looking to advocate and bring that opportunity to other industries and other verticals as well.”

What quantum achievement are you most proud of? And how were you involved?

“When I started with D-wave Systems, we didn’t even know if we could build quantum computers and now the Advantage Quantum Computer has 5 000 qubits, 15-way connectivity and is the largest most programmable quantum system that the human race has ever been able to get access to. So, this is something I have been very excited about. In 2018, we published two important articles in the journals of Science and Nature demonstrating that we could use our quantum computers to simulate the materials of other quantum systems and predict what their properties were going to be – that was fantastic.

“My involvement in that work was more on the software side but when I started with the company I was doing a lot of the cryogenics, like electromechanical design. The team is now much broader – there are so many talented people involved in this. It was just exciting to see that all came together in the system. What is also really exciting for me is that we are building a system where we can understand the fundamental nature of the world a little bit better, such as seeing The Save On Foods outcomes in the grocery stores that I go to.

“We are helping them to achieve operational efficiencies and operate their systems better using this technology in a context that works in a practical application and in the real world, particularly when you look at the problems they were facing during 2020, with COVID-19 and how it created operational challenges. So, this has been a really exciting journey.”

Recently, D-wave announced plans to bring commercial quantum computing to public markets via transaction with DPCM Capital, Inc. You can read about this here.

To view the full recording with D-wave, please click here.

Dr. Najwa Sidqi is the Knowledge Transfer Manager in Quantum Technologies at Innovate UK KTN in the United Kingdom. Her current role is to raise awareness about quantum sciences and their applications to end user sectors by holding regular meetings and events for the key stakeholders and connecting the wider community. 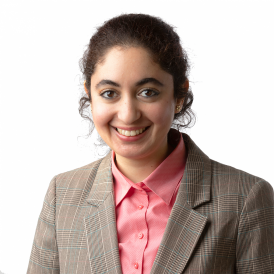 Najwa has recently completed mapping of the UK and European quantum landscapes. Prior to Innovate UK KTN, Najwa was a Marie Skłodowska-Curie early-stage researcher at Helia Photonics where she completed her PhD on low loss mirrors for quantum applications. Najwa previously occupied several positions as an engineer in microelectronics and large area glass coating with world renown organisations like STMicroelectronics, Minatec and Saint-Gobain.

Murray Thom is Vice President of Product Management at D-Wave with nearly 20 years of experience in the quantum computing industry. In previous roles at D-Wave he was responsible for the development and delivery of the Leap quantum cloud service, and the Ocean open-source tools. He has led teams engaged in customer projects related to algorithms, applications, and performance testing. He has even assembled a few early quantum computers by hand.