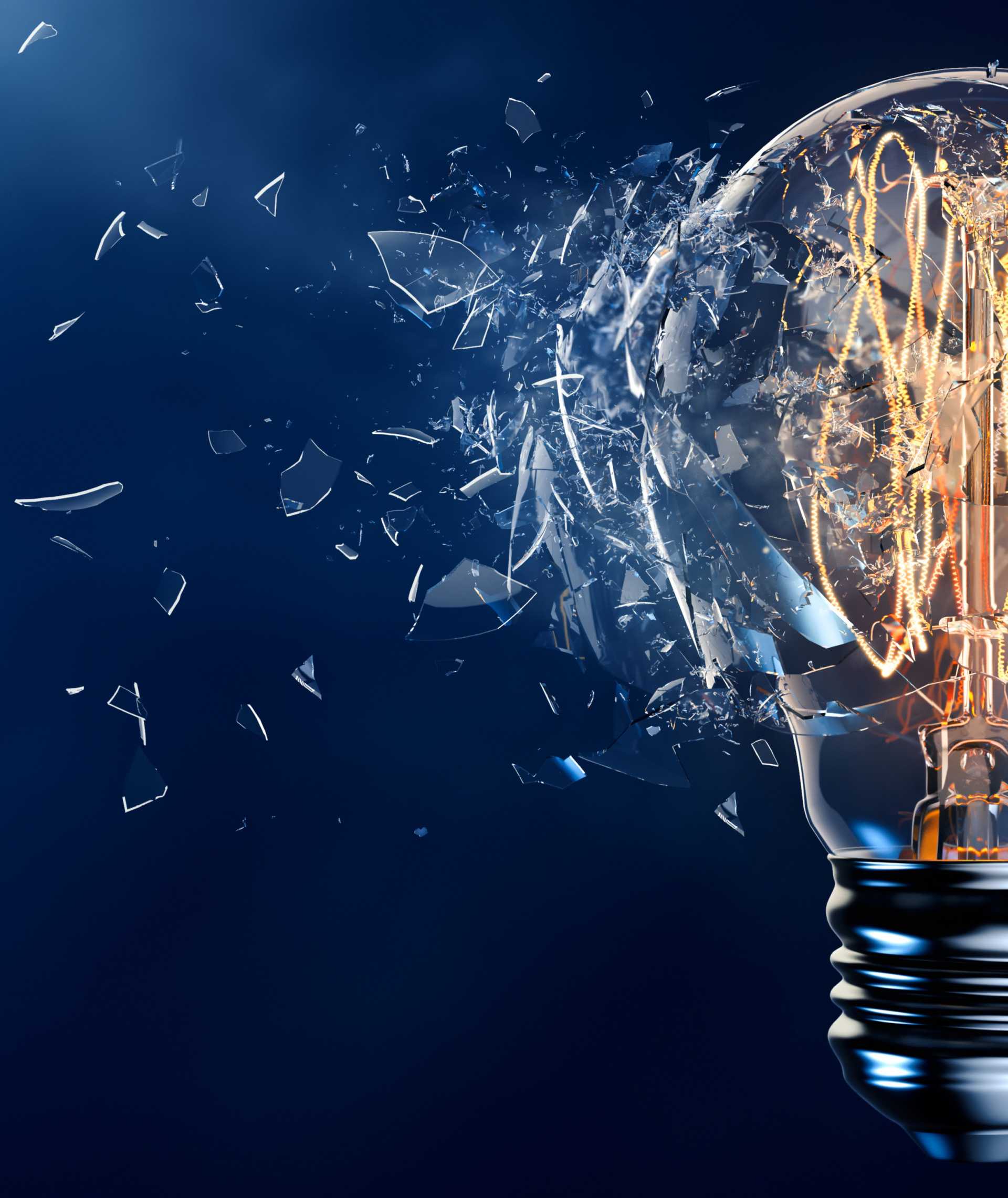 If you accept that all companies are dying, and that it is just a question of how long they can stave off the inevitable, then we would argue that the only way they can do that is by constantly reinventing themselves and their products.

That means innovating. It is about a state of mind that constantly seeks out a better way, a better process, a better design, a better way of organising a business.

Is that how you run your company? If not, how long do you think you have before your company dies?

Clearly, according to evidence quoted below, a very large number of companies in the UK manufacturing sector are not innovative, either because they can’t afford the costs, or simply don’t know what to do.

However, we are encouraged that the government’s Innovate UK initiative is promoting innovation so positively and successfully, although to reverse the decline in innovation in recent years they must reach out to as many small companies as they can.

With the Made Smarter Commission coming on stream this autumn, promoting ways for small companies to adopt the digital skills and technologies that accelerate innovation, we are hopeful that this recent decline will indeed change course. It surely needs to.

It is frustrating that the only comprehensive source of data we have on the state of innovation in the UK economy is more than 18 months out of date, but that is the problem with large surveys, it takes time to crunch the numbers.

The report is called the UK Innovation Survey 2014-2016, the full findings of which are due to be published this autumn. The headline findings were released in April 2018, and they are not encouraging.

By almost every measure, innovation within UK companies declined in 2014-16 when compared with the previous period, 2012-14.

I confess I was surprised. I had assumed that the traumas of the global financial crisis and ensuing credit crunch would have started to wear off, and that far from declining, there would be a new spring in the corporate step. 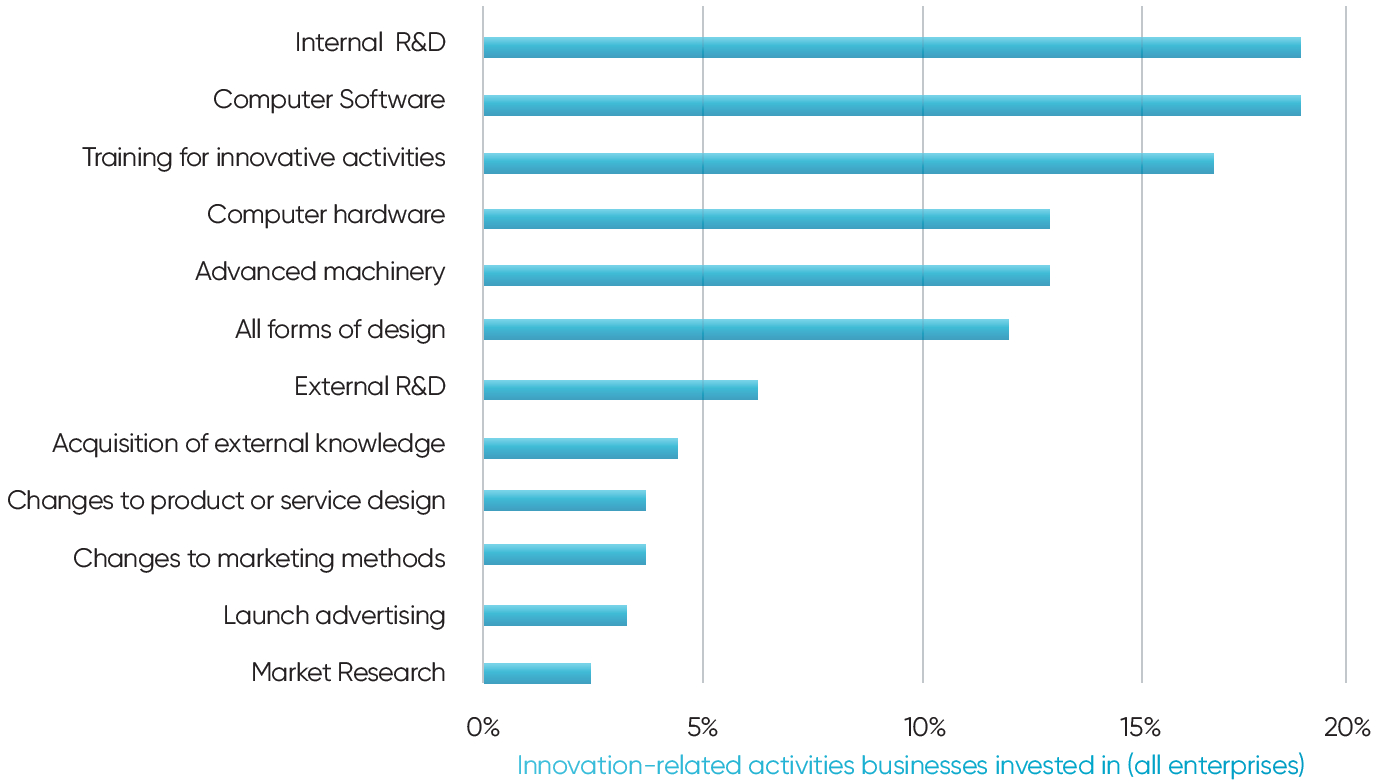 What gets in the way of innovation? Cost and availability of finance were the number one reasons, followed by a lack of expertise, information about technology, market dominance by competitors and, unsurprisingly, the EU referendum – although as that took place in the middle of 2016, towards the end of the survey, it is hard to be definitive about its true impact.

And yet, apart from the two worthy exceptions noted above, all this activity took place in the context of decline over the survey period. The one bright spot is the degree of collaboration between manufacturers and external partners – be they suppliers, customers, universities or government agencies. This has actually increased, and that at least is a positive.

It is easy to be prescriptive about innovation being the ultimate panacea for corporate longevity, but the truth is, it is not that simple. To be effective, there must be a balance between innovation that is desirable and what is achievable.

A permanent state of innovation can be wearying and ultimately counter-productive. Even the greatest innovators, such as Steve Jobs, always ensured innovation was the servant of the business, not the other way around. And in very large companies, successful innovation can still lead to failure.

The price of a lack of awareness of what business you are in was paid the hard way by photocopier giant Xerox.

It was revolutionary, brilliant and totally ignored by Xerox senior management. In 1979, a young Steve Jobs from Apple Computer visited the research centre – saw the light, saw the future, seized the moment (and technology) and the rest is Silicon Valley history.

Looking back, in 1995, Jobs commented on Xerox management, observing, ‘Basically they were copier-heads, and had no clue about a computer and what it could do. And so, they grabbed defeat from the greatest victory in the computer industry. Xerox could have owned the entire computer industry.’

Today, Xerox is worth a respectable $18bn, Apple is worth $1000bn – the world’s first $1tn company, and they couldn’t have done it with being aware of the power of Xerox’s innovations.

(PARC also invented the laser printer, which from a printing point of view made up for that error)

Kodak invented the digital camera, but went bankrupt in 2012, because it couldn’t cope with the idea of cameras being part of phones. It was a photography company, not a phone company.

So, knowing what business you are in is important. That sounds rather glib, but as I’ve written before, Ray Kroc of McDonalds fame struggled to make money as a restaurant franchisor until it was pointed out that actually he was in the property business, leasing land to his restaurant franchisees. And a legend – and a fortune – was born.

The reason Xerox – and Sony, too, which invented the portable MP3 player in 1999 but was disrupted three years later by the iPod – missed out was because they didn’t adapt their companies to embrace these new upstart innovations.

It would have killed McDonalds too if Kroc had not heeded advice. Xerox couldn’t change enough to say it was in the printing and the computer business. All its people and systems revolved around printers. Sony may now include PCs and smartphones in its product lines, but change came too late to see off the nimbler Apple.

So, what lessons can these mega-corporate woes teach a small manufacturing business in the UK? And what do the UK Innovation Survey findings suggest you need to do now?

Sooner rather than later.