AG Barr has been quenching Scotland’s thirst since 1875, and its iconic IRN-BRU was born in 1901. Maddy White visited the company’s Milton Keynes site to discuss its expansion plans, its moves to reduce sugar levels, and how technology can drive up quality.

The soft drinks industry is worth £16bn to Britain. On average, 205 litres of the liquid – fizzy drinks, bottled water, fruit juices, squash or energy drinks – are consumed per person, every year in the UK, the equivalent of four litres a week, a recent British Soft Drinks Association’s (BSDA) annual report revealed.

Despite its value to Britain’s economy, the industry has faced challenges and criticism in recent years, most notably the furore surrounding the impact of sugar on health and its links to obesity. This outcry spurred the rollout of the ‘sugar tax’ last spring.

AG Barr is a UK soft drinks manufacturer that has embraced changing markets and culture, including these calls for lower sugar levels in products, and has been highly innovative across its numerous sites. With that strategy of change and adaptation at its core, along with its focus on people and processes, the company has big ambitions, one of which is to hit a turnover of half a billion pounds by 2022.

Busy with the fizzy

AG Barr has two major production sites, one in Milton Keynes and the other in Cumbernauld, Scotland. The Scottish factory formed part of a strategic relocation over ten years ago to merge its HQ, core sales team, surrounding production facilities and distribution centres into one bigger site in the North. The Milton Keynes factory opened in October 2013 with just one high-speed can line, in stark contrast to today’s extensive operation.

Six years ago, the site produced six million cases a year and production ran 24/5 with fewer than 30 people staffing the factory. The site now produces around 25 million cases a year, and (as of the day before my visit, 13th May 2019), runs part of its operation 24/7. AG Barr has grown to a FTSE250 firm employing around 1,000 people across its ten UK sites. 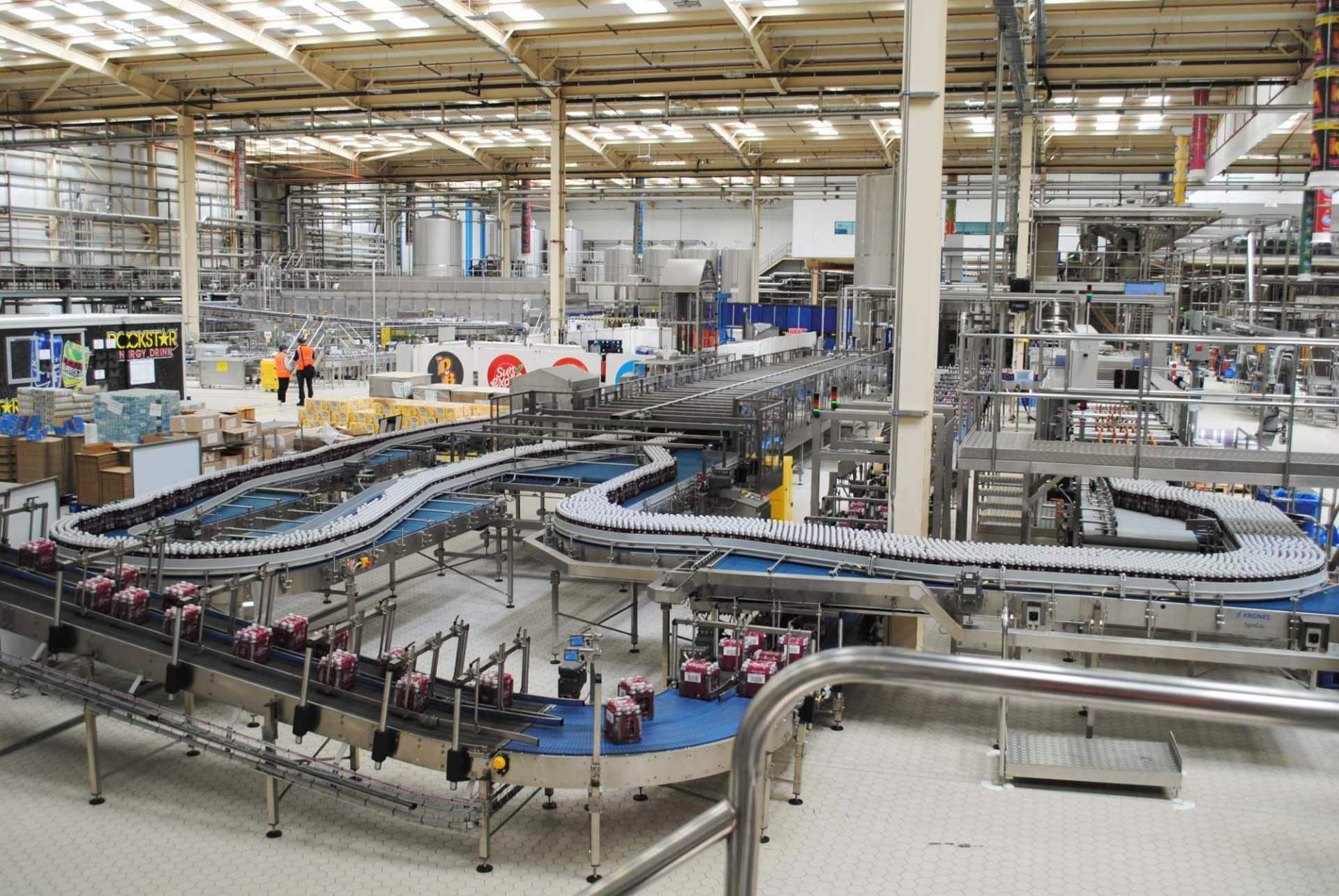 “We’ve been lean from the start,” says factory manager Trevor Newman. “Over the years it has grown from the one-can line able to fill 120,000 cans a minute, to the addition of four Tetra Pak lines and a PET line that fills 500ml to 2L bottles. If you look at the size and scale of the plant, the plan was always to grow and there is plenty of available space to do that.”

The site is home to Rockstar Energy Drinks and it produces the bulk of the Rubicon range and all of the Tetra Pak carton drinks. The majority of IRN-BRU is made at the Scottish site, with the secret recipe essence sent to Milton Keynes for production. Among many others, the firm also boasts the brand ‘Barr’, which was founded in 1875 and is made at Milton Keynes.

Keeping the fizz, reducing the sugar

It’s a strategy to reduce Britain’s growing obesity crisis, and although the soft drinks industry can’t be blamed for this problem, it can play its role in minimising the impact of sugar by eliminating it from products (or at least reducing it). 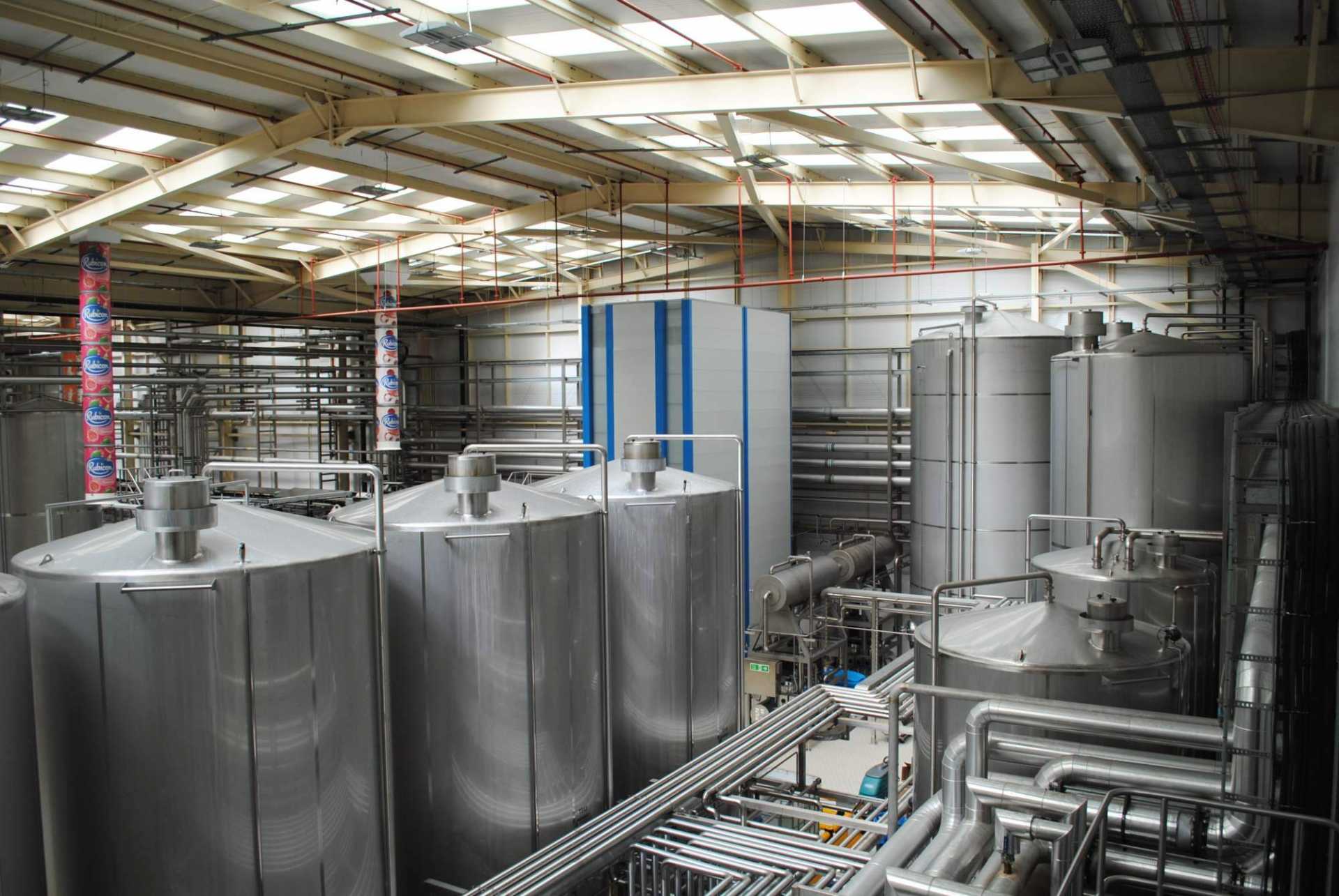 Most recent statistics from the British Soft Drinks Association revealed that after the levy was announced in 2016, 2017’s sugar intake from soft drinks was down by 18.7% from 2013.

AG Barr had already begun reducing its product’s sugar levels, primarily in line with changing consumer preferences. However, it accelerated its reduction strategy in response to the sugar tax, and from January 2018 onwards, IRN-BRU contained approximately 50% less sugar, and the levels of sugar in the majority of its other products were reduced, or entirely replaced with sweeteners.

“We have taken out the vast majority of sugar from the vast majority of our products. We kept sugar in IRN-BRU but reduced the quantity. We now have IRNBRU sugar free and IRNBRU XTRA, which are both zero sugar. We did it in the year ahead of the tax’s introduction,” says Trevor.

“The level of work that was involved in the reformulation of those products in just twelve months was large. Trying to keep the taste was difficult and it was an intense process, but the combination of what consumers now want and the sugar tax were strong drivers for change.” 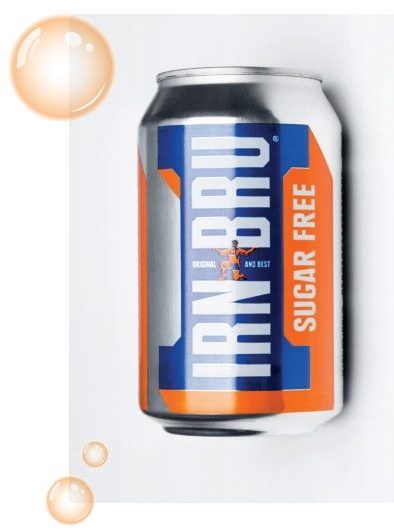 IRN-BRU (often known as Scotland’s other national drink) is a fizzy soft drink, launched in 1901. Its recipe is a secret that has been handed down from generation to generation of the Barr family.

It became popular in the 20th Century as it was considered to be a healthy way to boost energy, particularly in poorer areas. It was previously called Iron Brew, but in 1946 food labelling legislation changed, meaning it would be illegal to call it this, as the product is not brewed. It was then renamed IRN-BRU.

IRN-BRU is the best-selling soft drink in Scotland and third top in the UK as a whole, behind Coca-Cola and Pepsi. Scotland is the only place in the world to where it out-sells Coca-Cola as the number one soft drink.

Trevor began his manufacturing career as a graduate in the automotive industry before moving to Carlsberg to run two distribution centres. He then worked for Coca-Cola for 14 years and was trained in manufacturing operations management. His career progressed, and he moved on to run Coca-Cola’s Sidcup (southern England) factory, and then its Wakefield site, the biggest soft drinks plant in Europe. In October 2018, he joined AG Barr.

“There were a number of things to do when I joined,” says Trevor. “The site was good and had huge potential, but it was siloed. There was an engineering, operations and distribution function that weren’t working together to the extent they should be.”

“It is essential to have the right leadership team in manufacturing and they must all have high levels of trust and take a real ownership of the business’s core values. If you have that right then the factory should run smoothly and results take care of themselves,” adds Trevor.

“Along with our leadership team are our workforce. We have so many people who have progressed here from entry positions to production managers. There is a great career path for those here that want it and are willing to work hard. It is a dynamic industry and in my experience people either come for 18 months, or they’re in it for life. I have never worked at a site that is so up for change – it’s truly refreshing,” he says.

“If you were to buy a bottle of water on holiday and the plastic label peeled off, you probably wouldn’t mind if you paid 50 cents for it,” says Trevor, “but if you spent £1.29 on a can of fizzy drink and the same thing happened, you aren’t going to buy that again. Quality to us is absolutely vital.”

“We measure the quality of our products every day, and that’s essential. Our quality checks include checking taste and packaging by sampling products off of the line every half an hour,” adds Trevor. 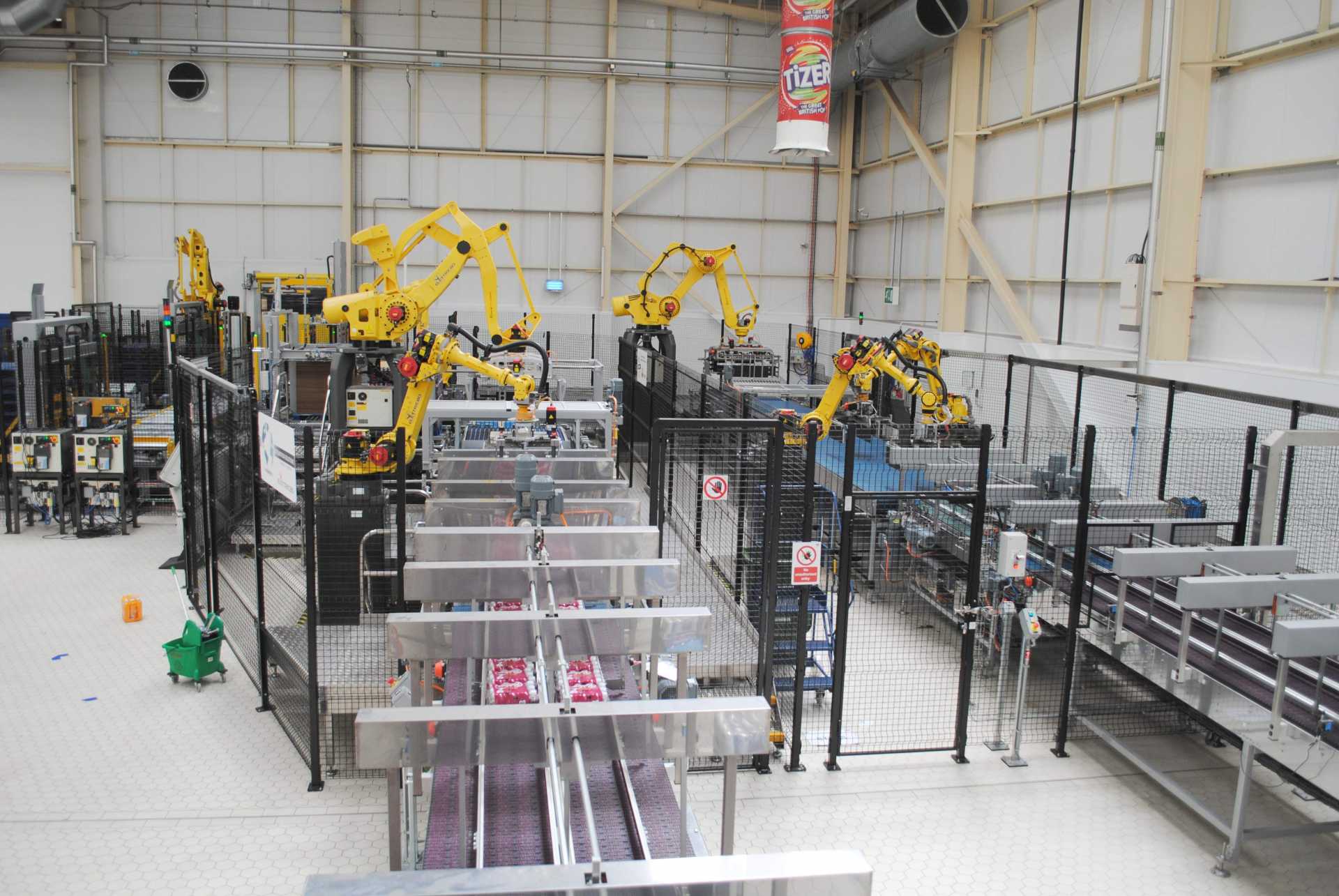 As for complaints, per one million units the number sits at just over one (very impressive). To ensure and measure the quality of the hundreds of thousands of units produced each day, as well as manually checking bottles, the team at Milton Keynes also utilises and assesses the vast amounts of data produced.

“We have line control systems in place and we get accurate data reports second by second. There is a lot of data coming from our ERP system and our production planning system. We must continuously improve our process, MCP has helped us with this,” says Trevor.

The operation at the site is seamless. Cans, bottles and cartons are filled rapidly, packaged, cased and sent through to the warehouse on a conveyor belt automatically. It’s important for the site to access the data collected from these processes, as the potential for waste is huge. If the high-speed can line is placing the labels in the wrong position even slightly, that could mean 2,000 cans wasted every minute.

“With our data processing I use a very simple formula – IFA,” says Trevor. “This stands for Information times Focus, times Action, equals a result. If any of those three elements is wrong: the information is wrong or the focus is incorrectly applied, or the action taken isn’t correct against the information available, you won’t get the right result. It is no more complicated than that.”

“If you look at how that plays out in the plant, we have every stop accounted for and that can be either straight off of our system, or through manual records.”

The future is sweet

Since it opened, the plant has had investments totalling £70m, and with this amount of money, any manufacturer needs to be sweating its assets. “We should look to maximise what we have and so I want to get more of the factory operating 24/7. We’re always looking to the future to understand how we can continue to innovate,” says Trevor.

“We need to develop our products further and utilise new technology. For example, if a new lightweight can or a new environmentally friendly bottle has been developed, let’s give it a go,” says Trevor.

“Our growth ambitions are stretching but through developing our brands, innovation, partnerships and investment, we are very positive about the future here at Milton Keynes and at AG Barr,” concludes Trevor.