BAE Systems is set to launch its first multi-sensor satellite cluster into low Earth orbit in 2024 to deliver high-quality information and intelligence in real time from space to military customers.

Known as AzaleaTM, the group of satellites will use a range of sensors to collect visual, radar and radio frequency (RF) data, which will be analysed by on board machine learning on edge processors to deliver the resulting intelligence securely, anywhere in the world while still in orbit.

Following the acquisition of In-Space Missions last year, BAE Systems is one of a small number of British companies with the capability to design, build, launch and operate satellites. The expertise brought by In-Space Missions complements the Company’s existing advanced technologies and will become an integral part of its multi-domain capability. AzaleaTM will also boost the UK’s ability to understand the threats and hazards in, from and through space.

The AzaleaTM cluster will deliver timely, actionable intelligence, essential for military operations and disaster response. Comprising four highly resilient satellites which, together, are capable of gathering, analysing and communicating Synthetic Aperture Radar (SAR), optical and RF signals. Unlike conventional, single-purpose satellites, the cluster can be fully reconfigured whilst in orbit in the same way a smartphone installs a new app; this ensures it can deliver future customer missions and expands the lifecycle of the satellites. 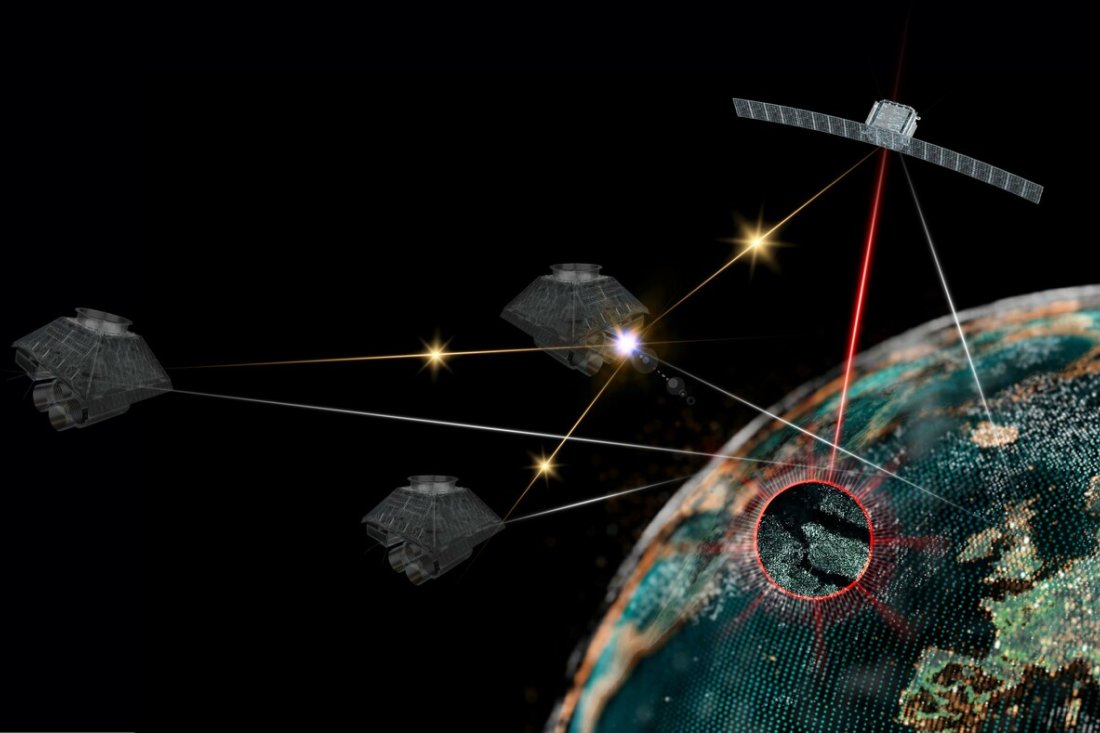 The programme supports the UK Government’s Defence Space Strategy, published earlier this year, which named Earth observation as a priority area to help protect and defend UK interests, a sovereign capability which AzaleaTM could provide.

BAE Systems is working with Finnish firm, ICEYE, to combine its own expertise in sensor technology with ICEYE’s advanced SAR technology to be included in the cluster. SAR provides high-resolution imagery of the Earth’s surface, day or night and in any weather conditions. This persistent monitoring makes it easier to detect instant physical changes, such as the movement of hostile ships or aircraft or the location of people at risk during natural disasters, such as floods and forest fires.

Existing space-based sensors require multiple terabytes of data to be transferred to Earth before being processed and distributed. The traditional transfer process can take many hours and is reliant on intermittent RF links and the availability of suitable ground stations. The AzaleaTM system saves valuable time by combining and analysing data in space. It will be able to identify activities of interest and directly communicate with users on the ground within moments of detection – securely delivering assured data, in a useful timeframe, directly to the hands of decision makers.

Dave Armstrong, Group Managing Director of BAE Systems’ Digital Intelligence business said: “The AzaleaTM satellite cluster will process data in space to provide swathes of digital intelligence wherever it’s needed. We understand how important space-based intelligence is to every domain, whether that’s informing strategic command, alerting an in area warship, or providing real-time intelligence to forces on the ground. The launch of AzaleaTM in 2024 will be a major step forward for the UK’s sovereign space capability.”

Rafal Modrzewski, CEO and Co-founder of ICEYE, added: “ICEYE helps to solve problems using data. There is a clear advantage for governments and organisations to receive accurate information when they need it, regardless of weather conditions – this is what ICEYE brings. By combining our SAR technology with the security expertise of BAE Systems and the other data sources in the cluster, we can help decision makers make the right choice at the right time.”

Doug Liddle, Chief Executive and co-founder of In-Space Missions, said: “We’re working together to create a step-change in military intelligence and capabilities. Our technology will monitor adversaries, but will also provide substantial civil benefits by helping humanitarian response missions.”