One of the biggest scale models built using 3D printing formed the backdrop of a new project looking to showcase success stories of UK manufacturing.

Made Here Now, the brainchild of former Financial Times manufacturing editor Peter Marsh, was unveiled in front of 150 people at a reception at New London Architecture (NLA).

Made Here Now has 47 supporters from the public sector, industry and academia. For a full list please visit the website.

The website tells the story of modern-day industry through a series of articles and stunning pictures on four exemplar companies and is aiming to educate and inspire young people, academics, politicians and international investors about Britain’s engineering strengths.

AES, Bentley Motors, Plessey Semiconductors and FormFormForm are the first companies to open their factories to give leading authors and photographers the chance to explore their shopfloors and discover innovations, new technologies and opportunities driving the next revolution.

Guests were able to view the 1:2000 model of London that has been commissioned by New London Architecture and built by Pipers, a design and events group with a big model making arm.

The installation, which takes up a vast space at the NLA’s home in London’s Building Centre, shows in massive detail a huge area of the city covering 85sq km and has a total perimeter of 35 metres.

It has been produced over a period of four months by a team of skilled model makers, using a range of modern manufacturing techniques including 3D printing and laser cutting.

“I feel it is really fitting that the launch of Made Here Now was made against the backdrop of such a superb piece of modern manufacturing, created with imagination and verve,” said Peter Marsh, who has covered industrial developments for more than three decades.

“The website is setting out to put British manufacturing on the map with the public in a much more vibrant way than before, illustrating new technologies, innovation and skills through a series of articles, photography and video.

“What better way to kick start all of this than with the setting of a wonderfully engineered 3D map of our capital city?” 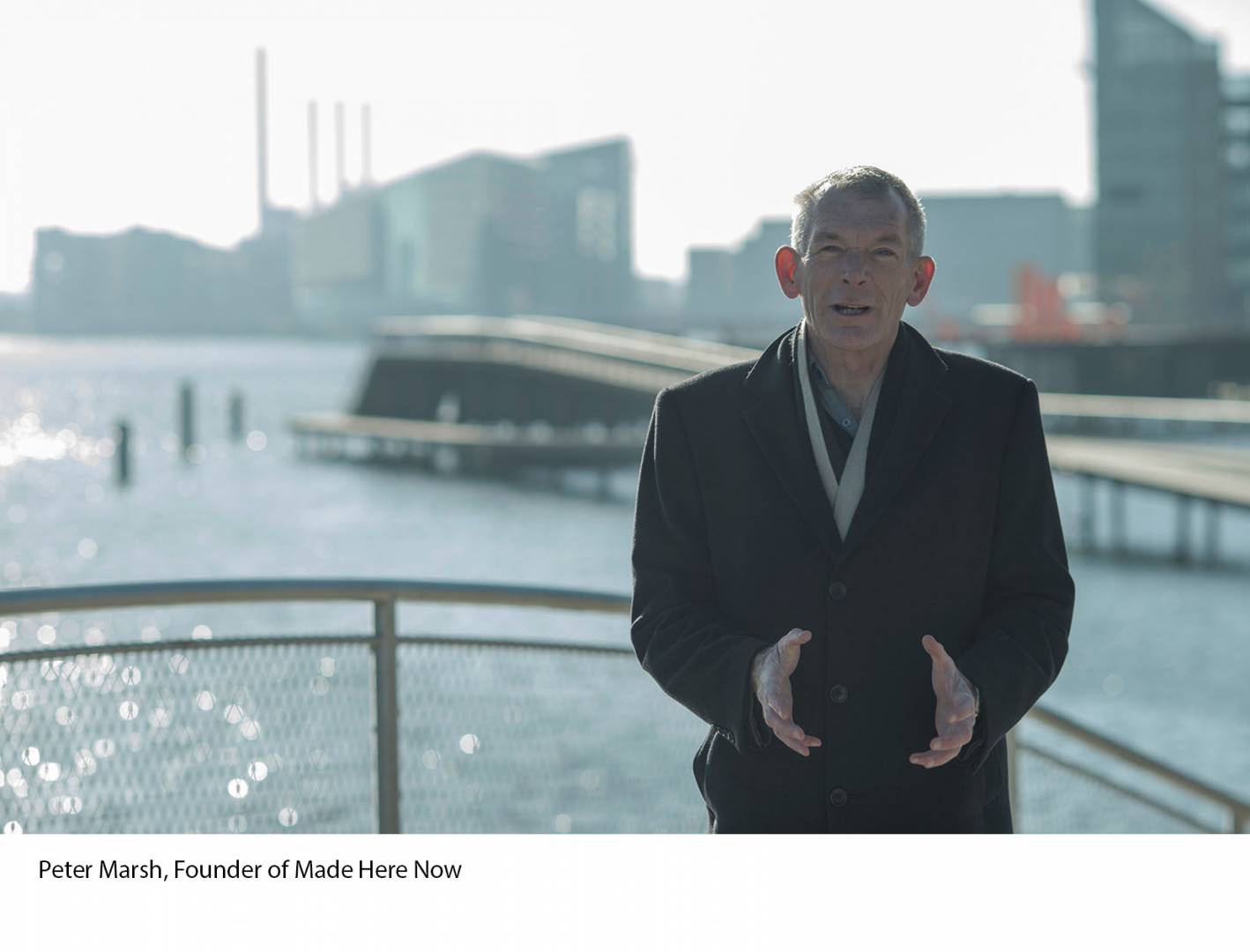 Marsh continued: “I am extremely grateful to New London Architecture, in particular its chairman Peter Murray, for allowing us to use the fantastic space of the Building Centre for our event.”

The Made Here Now reception was attended by a number of high-profile guests from the worlds of industry, economics, design, finance, politics and media.

The event featured the premiere of a short film by videographer Arabella Itani on UK manufacturing, which focuses on two UK plants run by Renishaw, a leading maker of precision instruments.

Marsh concluded: “47 organisations – spanning a diverse array of business and public life – have backed the project, including the latest supporter Lloyds Bank.

“Without such a large amount of assistance this initiative would never have got off the ground and I’m very grateful to them for backing the cause of UK manufacturing in such an imaginative way.

“There’s a big appetite for this and the plan is to generate more case studies, articles, pictures and educational resources to ensure Made Here Now is the first place people visit to discover a true picture of 21st century British manufacturing.”

Made Here Now has been put together by a team of journalists and photographers working with Manchester-based digital agencies inventid and Nine Sixty.

In addition to the profiles of the companies, there will also be feature articles from authors Jeremy Leonard (Oxford Economics), Marcus Gibson (Gibson Index) and James Woudhuysen (technology expert) covering the future for manufacturing in the developed world, the prospects for reshoring and major technology shifts respectively.

In a further contribution, Economics Professor Robert Rowthorn of the University of Cambridge makes the case for a programme of ‘re-industrialisation’ to boost the economy.