Manufacturers are making drones and for good reason

Unmanned aerial vehicles, aka drones, are increasingly being manufactured and trialled for many applications across industries, as the technology seems poised to hit the mainstream.

Drones are becoming cheaper and easier to build. They are often small, remote-controlled and can cost anything from under £40 to several thousands of pounds.

This marks the first time drone technology has been deployed in real port conditions to deliver a variety of small, time-critical maritime essentials to working vessels at anchorage.

The delivery flight was made to a vessel 1.5 km from the shoreline of Singapore’s Marina South Pier, and it carried 1.5 kg of 3D printed consumables.

After landing on the ship deck and depositing its cargo, the unmanned air vehicle returned to its base, with the entire flight taking less than 10 minutes.

The use of unmanned aircraft systems in the maritime industry could speed up deliveries by up to six times, lowering delivery costs by up to 90%, reducing carbon footprint, and significantly mitigating risks of accidents associated with launch-boat deliveries, according to Airbus.

Advanced infrastructure in the sky 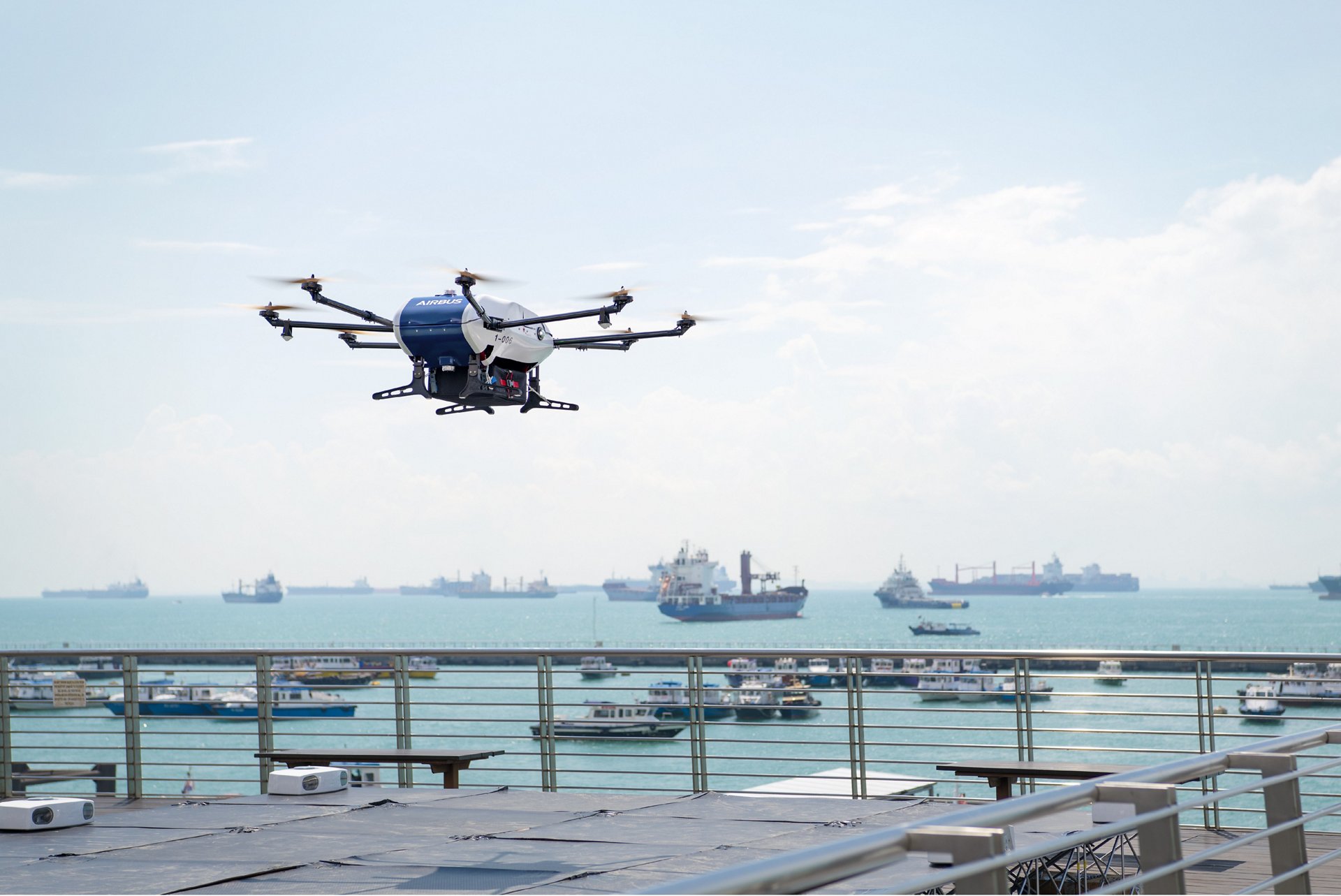 Skyways is an experimental project, one that aims to develop an unmanned airborne infrastructure solution and address the sustainability and efficiency of unmanned aircraft in large urban and maritime environments.

It will soon be commencing another trial phase delivering air parcels autonomously in an urban environment, at the National University of Singapore.

Drones are easy to manoeuvre, so tasks like inspecting and repairing equipment, or mixing chemicals where it might not be safe for humans to do, make the tech a good option.

The main goal and aim of any smart city design is to provide efficient infrastructure and services at reduced costs, and the reality of the ‘smart city’ is fast approaching. Connected vehicles, buildings and numerous sensors that could continuously collect streams of data will define the urban areas of the near future. Perhaps even sooner than we think.

Drones could play a role in the newly emerging smart city; scanning, recording and logging activity in urban areas. For example, alerts from IoT sensors could inform drones that medical supplies are needed at a specific location, they could be used for traffic and crowd management, or drones could offer back-up surveillance – privacy issues and public confidence in the technology is of course, another matter.

The benefits of drones are numerous for the maritime, military and industrial sectors. For smart cities, the tech offers monitoring, data collection and the potential for reactions to anomalies where needed.