The forthcoming Budget needs to include a major boost to investment as part of a wide-ranging effort to fire up the Industrial Strategy and tackle the UK’s chronic productivity puzzle.

That’s what Britain’s manufacturers are calling for, according to the latest industry research from EEF.

The research highlights the UK’s weak productivity performance compared to major competitors and highlights five key factors which help explain the growing gap over the past decade: capital investment, use of labour, company size, source of revenues, and management practices.

The research also contains new evidence suggesting foreign-owned companies are more productive compared to domestic owned firms and that the gap between them is growing compared to competitors.

This is partially related to size, but they score even more highly on better management practice, with foreign-owned companies scoring 40% higher than domestic companies in the ONS Management and Expectations Survey 2016.

Foreign-owned companies also invest almost €9,000 per employee more than domestic firms, according to EEF research, with the UK being the only major country in Europe where the gap between foreign-owned and domestic run companies is widening.

This leaves the solution to our flat lining productivity resting partly on ensuring we continue to benefit from the good practice and scale of foreign-owned manufacturers and shoring up capability in smaller, domestic companies – which are retaining some of the scars from the financial crisis. 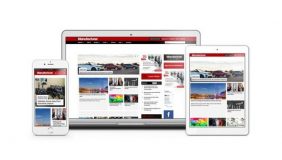 The research comes on the back of separate EEF data showing investment intentions slipping further behind competitors as a result of political uncertainty.

Two thirds of companies are planning to hold off increasing investment in the next two years with just a third planning to do more – the lowest figure EEF has recorded on this data point in five years.

One third of companies cited political uncertainty as the main reason for not increasing investment. This compares to a quarter after the EU referendum in 2016.

In response, EEF has submitted the following recommendations: