Posted on 15 Dec 2015 by Victoria Fitzgerald

Manufacturers have become less confident in the Government’s ability to create a more balanced economy by growing the sector, according to a new survey.

The survey showed that only 45% of manufacturers believe that the Government is committed to creating a more balanced economy by growing the sector, a drop on last year’s 48%. 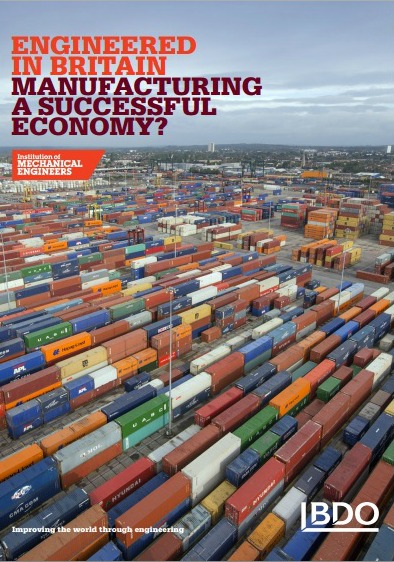 This, however, was in contrast to public perception, with 40% believing that the Government is committed to creating a balanced economy, up 7% from last year.

The report – published on December 10 – found that 75% of manufacturers would rather the Government favoured British-based companies when awarding manufacturing contracts, even if this was a more expensive option.

The view was also backed by the public, with 80% also saying British companies should be favoured.

When asked if they were finding engineers with the right skills and abilities, almost half (49%) of the manufacturers questioned said no, highlighting the work that needs to be done to address the skills shortages within the sector.

The 2015 report – Engineered in Britain: Manufacturing a Successful Economy? – by the Institution of Mechanical Engineers (IMechE) and BDO LLP is an annual study to gauge the opinions of 1,000 manufacturers and 1,000 members of the public on the current status of UK manufacturing.

Philippa Oldham, head of manufacturing at the IMechE, commented: “The UK economy has seen slow and steady growth since the financial crisis in 2008, however, full confidence in the manufacturing sector’s road to recovery has been patchy at best.

“The report showed that 77% of the manufacturers thought that the lack of skilled engineers was the biggest barrier to future growth.  We need to show our support to the sector through long term commitment to large infrastructure projects and do more to encourage industry to both up-skill and retain their UK workforce.

“The solution is not for the Government alone to solve. What is needed is for the industry leaders to work with the Government and other parties to form a solution if the UK is to remain a major force in the global economic marketplace.

“At the Institution we are well aware of the skills shortage in engineering and are working hard collaborating on educational initiatives to ensure that we promote science and engineering as a viable career option for all.”

Tom Lawton, head of manufacturing at BDO, said: “It is worrying to see that confidence in the Government’s commitment to sector growth is waning.  We all know that the manufacturing sector plays a critical role in rebalancing our economy and driving long-term sustainable growth for the UK.

“What is needed is a government that can match manufacturers’ long-term ambitions; one that looks 15-20 years ahead and, importantly, avoids the disruptions of political cycles.

“Creating a cross-party industrial policy and appointing a Minister for Manufacturing would be a great step forward. It will send a clear message that the future of manufacturing should be seen as important to us all.”

The report consists of two surveys, the first conducted by MSS Research, which gathered the views of 1,000 senior professional engineers working in the UK’s manufacturing sector.

The second was conducted by ICM Unlimited, which put a majority of the same questions to 1,000 members of the general population.

What is “Industry X”, and how can it help your business thrive?