Manufacturers have seen great advances in data sharing capabilities, but IoT hasn’t realised its potential for collaboration. Could data ownership be the sticking point? Audi Lucas explored the issue in his keynote.

Asset responsibility is being spread across suppliers, owners, spare part manufacturers and software platforms, so it’s no wonder that data ownership is proving to be such a minefield.

Almost everyone has access to a smartphone or tablet, devices which have an ever-increasing array of applications.

As app users, we often fall into the trap of believing that the app is everything; but it’s not.

“The data and how we share that data is what drives real value and change,” noted Audi Lucas, chief digital officer at leading advanced engineering firm, MAN Diesel & Turbo.

“Access to data in context is key to solving problems. So far with digital, IoT and asset management systems, we still think in terms of ‘enterprise’. This is one of the big problems leading to IoT disillusionment and is causing us to miss the real potential value cases,” he continued.

He offered the maritime industry as an example of how this works in practice.

The maritime industry is technically complex with thousands of unique ships and subsystems. Each vessel roams the seas yet many aren’t continuously connected to the cloud. The industry also involves a wide range of stakeholders, from ships yards, charterers and owners, to port authorities, equipment manufacturers and flag states.

So, how do you tie all of this together? The key lies in building a network not of wires, but of organisations.

As an example, Lucas looked at the data landscape and limited the scope to data about ‘things’ within a given industry neighbourhood: 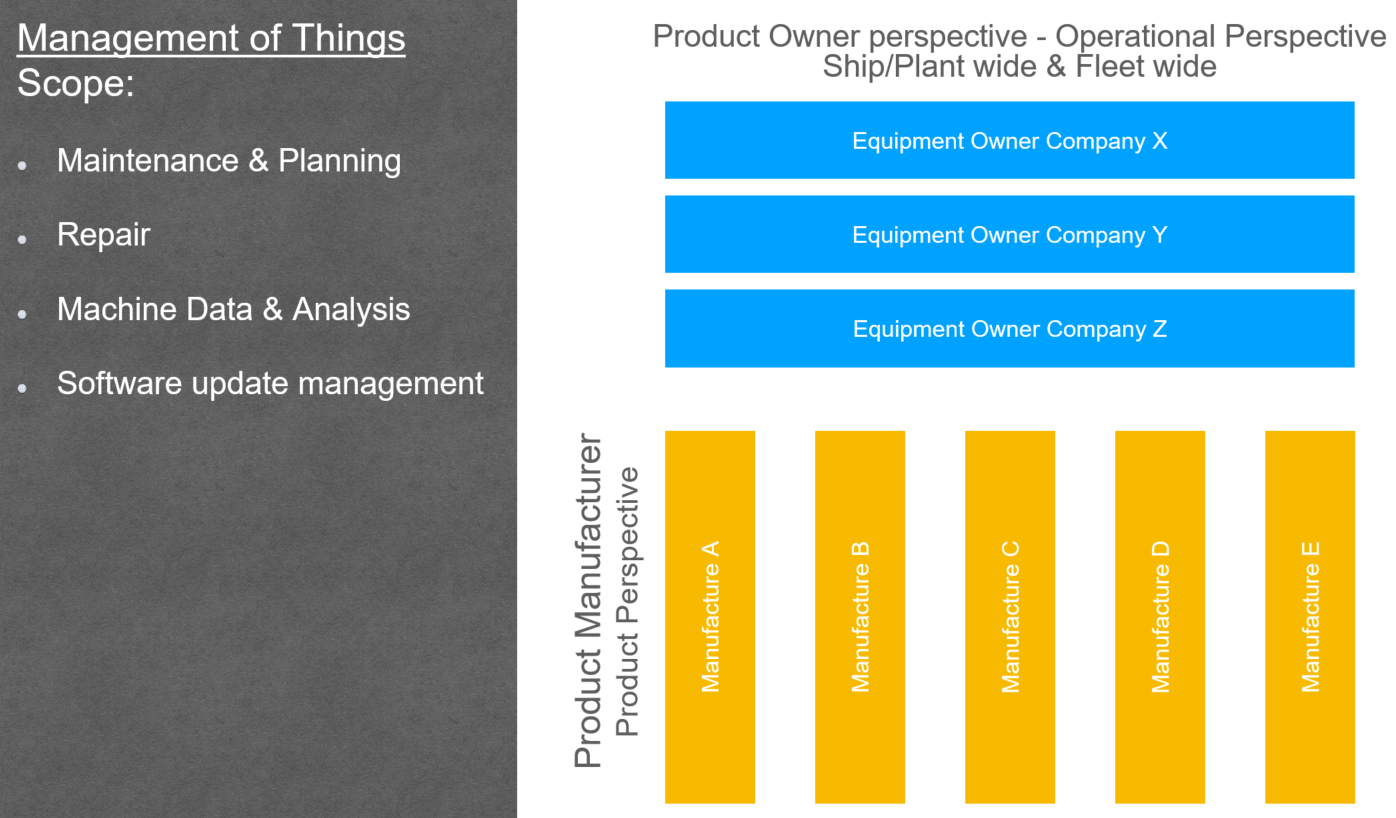 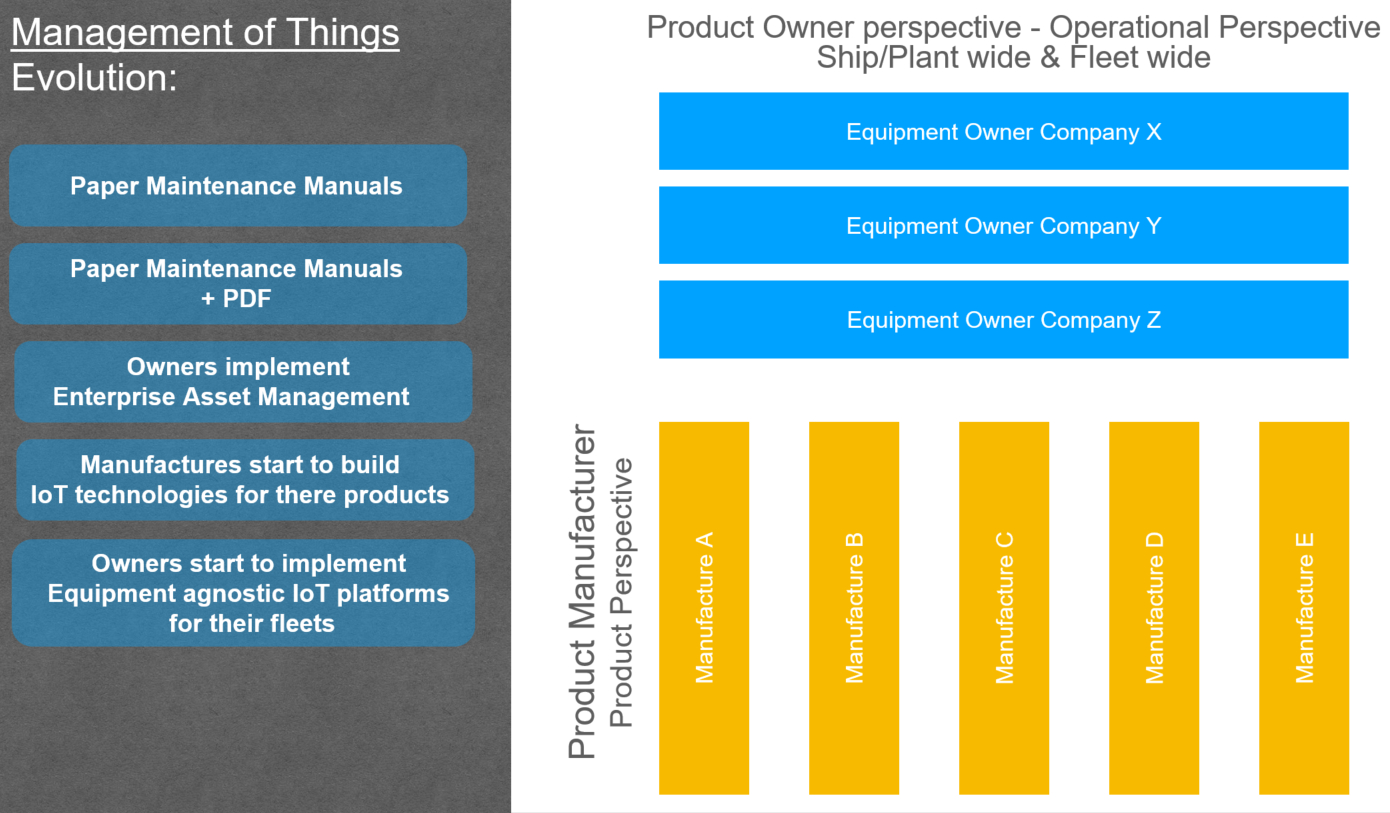 In the words of Lucas, the above project is ‘insane’; it simply digitises a paper process!

“If you digitise a crap process, you just get a crap digital process,” he warned. “And there are hundreds of companies willing to sell you ‘enterprise’ silos to do it.

“If we want to solve the big problems in industry, then we need to think beyond our enterprise silos and learn to share across our industry neighbourhood,” he concluded. 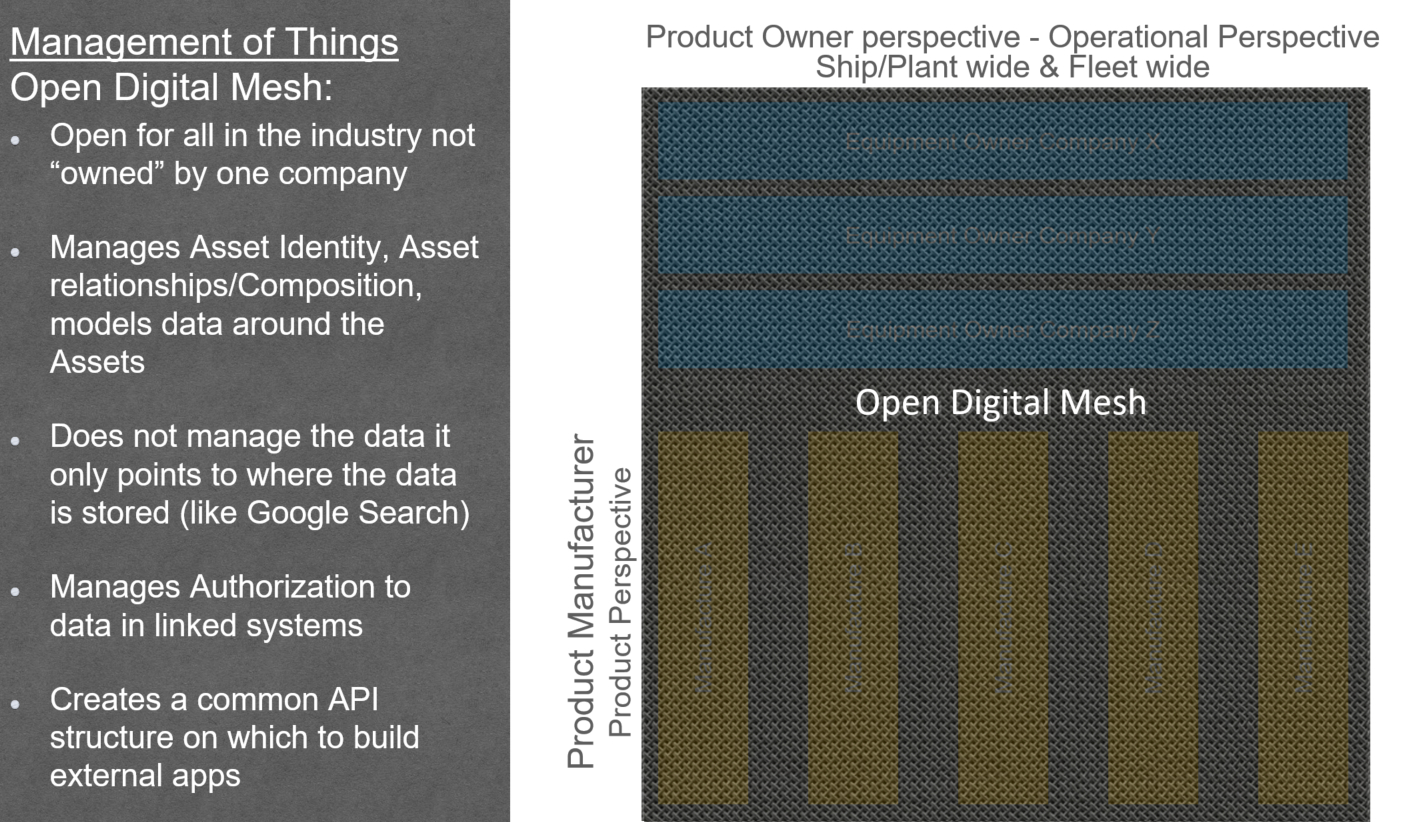