Manufacturing Leaders’ Summit: Henrik Von Scheel on moving beyond the hype of Industry 4.0

Posted on 2 Dec 2019 by Jonny Williamson

Henrik Von Scheel, the originator of Industry 4.0, explains why the globally transformative shift matters and - more importantly - how manufacturers can start applying the tools and techniques within their own operations.

The epicentre of the Fourth Industrial Revolution is manufacturing, a shift that has reshaped the way things are made and it is changing the manufacturing sector beyond recognition, noted Henrik Von Scheel, who took to the main stage at Manufacturing Leaders’ Summit 2019.

“The Fourth Industrial Revolution [4IR] is fundamentally altering the way we live, work, our economy and how we relate to one another. In its scale, scope and complexity, the transformation will be unlike anything humankind has experienced before. It is disrupting every industry and economy in every country,” he noted.

In the late 18th century, the invention of mechanical production powered by water and steam started the First Industrial Revolution. Steam and water driven textile mills and weaving machines are the first examples of mechanical automation creating a huge breakthrough in productivity and consistency of production. These technologies completely changed the way cloth was produced in the 1800s.​ ​

The Second Industrial Revolution was fueled by the start of mass production powered by electricity and combustion engines to power machines at the beginning of the 20th century. The first mass assembly lines were introduced, the use of new materials and chemicals became possible and communication was getting easier. ​ ​

In the 1970s, the introduction of automation and robotics ushered in a new era, the Third Industrial Revolution. The advent of computers and PLCs meant that production lines could be controlled by IT systems, allowing the automation of production activities at an unprecedented level.

With QA systems and automated inspection checks, manufacturers could guarantee quality at very high production rates. This dropped the unit production cost to significantly lower than previously possible; and this is as far as many businesses have gone.

“Today, we have smart machines, sensors that communicate, high data-rate wired and wireless networking, and a range if identification technologies including optical and RFID,” explained Henrik.

“If you combine these with Industry 3.0 automation and IT systems, you now have the means of mass customisation.

“At present, we find ourselves at the beginning of the Fourth Industrial Revolution. Based on cyber-physical production systems aiming to connect the physical and digital world of production, Industry 4.0 – or digital operations – comprise the digitisation and integration of value chains and products and/or services,” Henrik continued.

“IT, machines and humans are connected, interacting in real-time therefore creating a more flexible, resource-efficient, customised way of manufacturing – the ‘Smart Factory’ which leverages the Internet of things (IoT). In such production environments, the integrated analysis of data and collaboration form key value drivers,” he added.

Industry 4.0 arrives in waves that disrupt everything:

“Your ability to cope with subsequent changes becomes exponentially more challenging if you don’t have the first wave. It’s not rocket science, but we’re not using it,” Henrik warned.

The Fourth Industrial Revolution is the ground zero for a new phase of global transformation powered by technology innovation, generating significant economic opportunities and reshaping industries.

A ‘Smart Factory’ ecosystem explained in one chart: 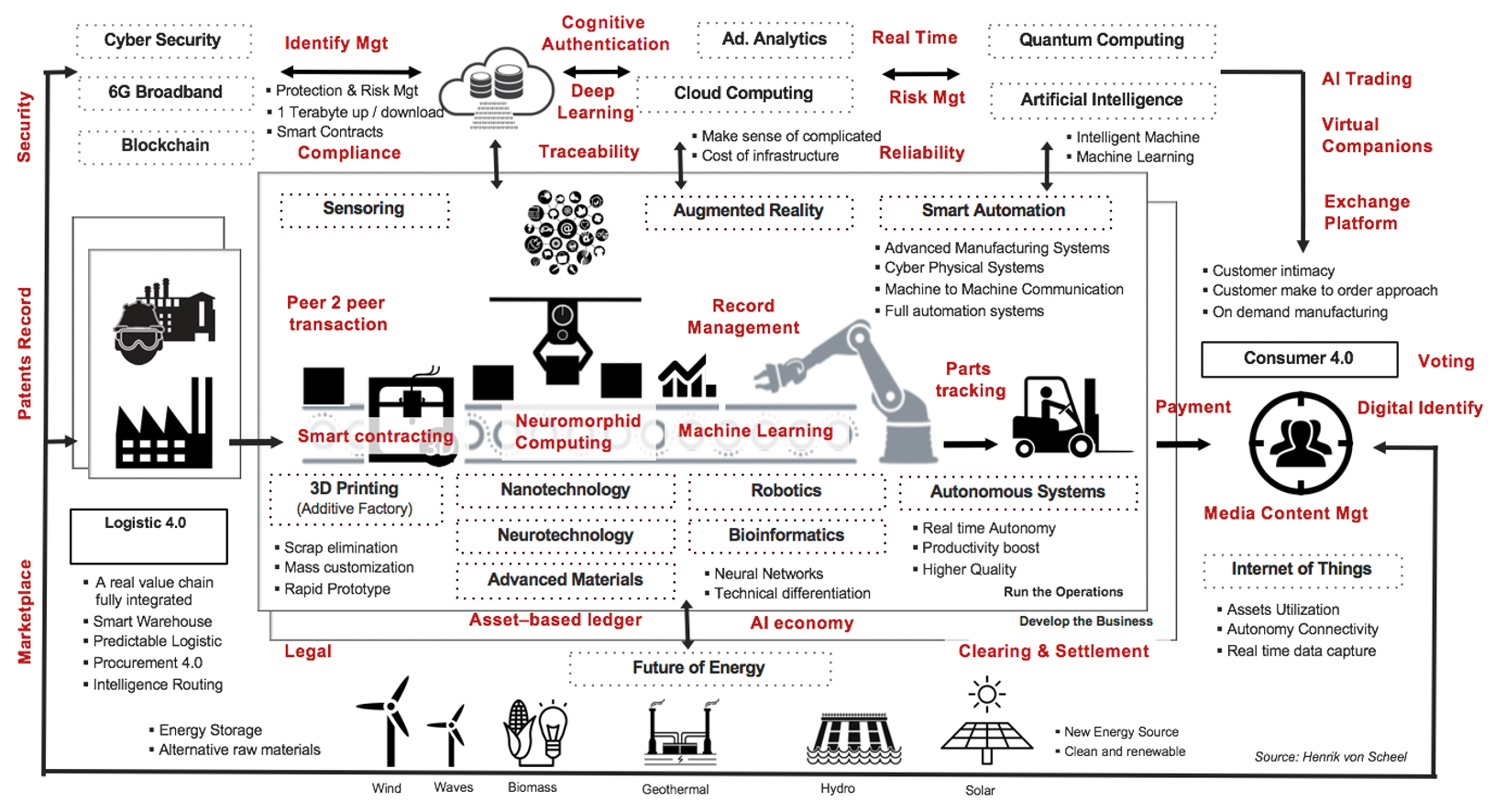 “Change is constant, but 4IR change is at a rate and pace never seen previously,” Henrik noted. 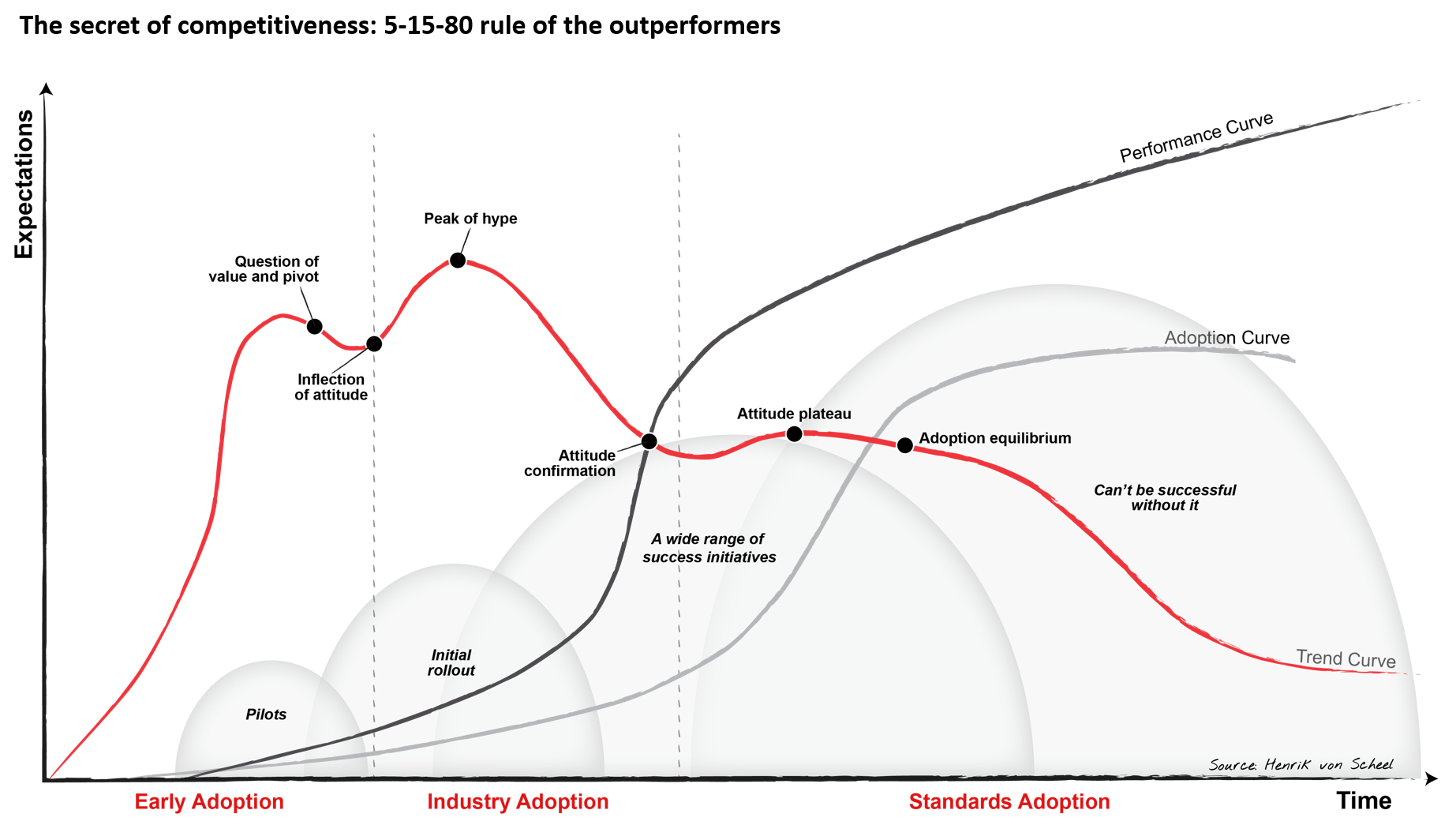 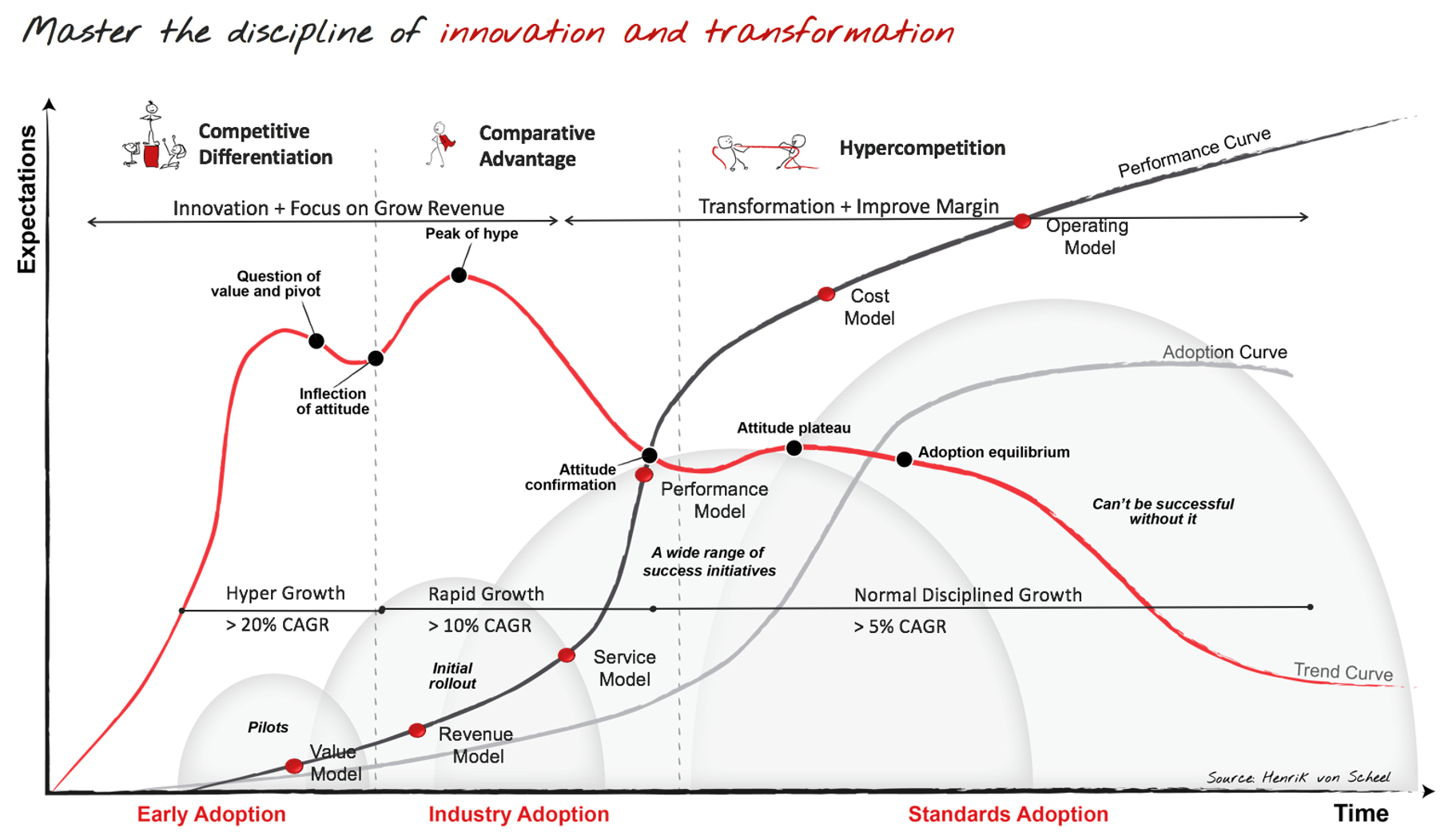 Who is Henrik Von Scheel?

Henrik has dedicated his research efforts to ‘patternicity’ – the science of finding meaning in patterns. 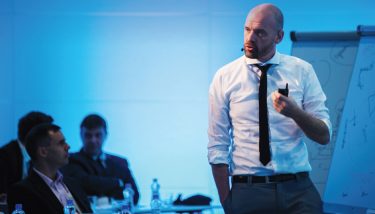 He is best known as the originator of ‘Industry 4.0’ and the mastermind of the European Digital Revolution which ignited the global themes of today.

His research is rooted in ontology and semantic, which – like an ‘enterprise periodic table’ – has enabled him to structure repeatable practices into reusable and interconnected standards.

The most recognisable are packaged as best practices (what works well), industry practices (performance patterns), leading practices (value patterns), and anti-patterns (what not to do).

*All graphics courtesy of Henrik Von Scheel; top photograph courtesy of The Manufacturer.

Digital transformation in manufacturing: How 4G/5G can support your digitalisation strategy