If you’re a large or midsized manufacturer, chances are you’re already piloting new digital manufacturing technologies. As productivity pressure piles up and new solutions become available, it can be hard to know where to best focus your efforts.

Sherry began by sharing a rather shocking statistic – Unplanned downtime and poor quality costs North American process businesses over $20bn a year, 80% of which is preventable and up to 40% is the direct result of operator error.

With such a wide range of solutions and buzzwords – smart factories, digital twins, augmented reality, cobots and AGVs, intelligent line maintenance and scheduling, it can be hard to know where to invest your time, efforts and, most importantly, money. 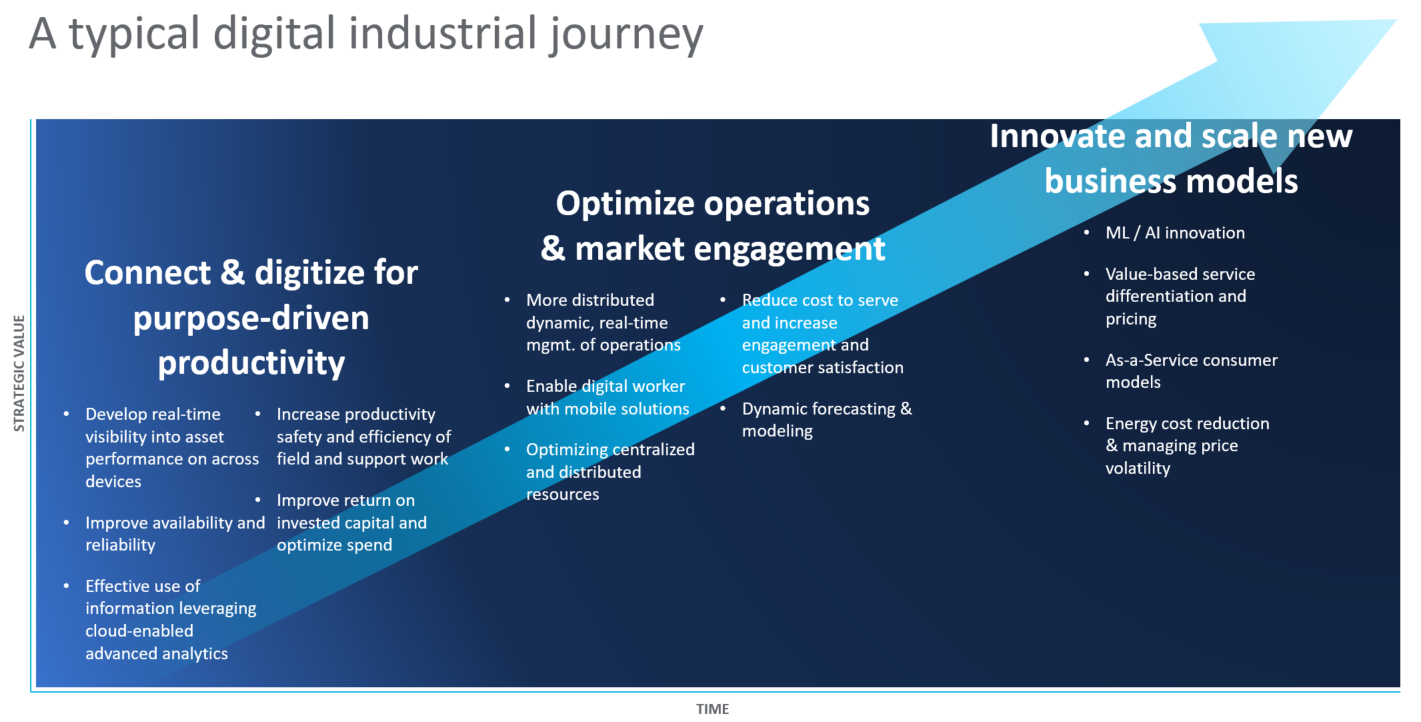 After sharing what GE Digital considers to be a typical digital manufacturing journey, Sherry picked out a couple of examples to expand upon: asset performance management (APM) and field service management (FSM).

Gerdau is a leading producer of long steel in the Americas and the largest scrap steel recycler in Latin America. It is using asset performance management (APM) to save $4.5m a year from their maintenance bill and achieved ROI in half the time they expected.

SIG is a Swiss-German food and beverage packaging manufacturer who have a long history of data collection and analysis on their machines. Their in-house IT team had started more than 150 digital transformation projects, so they identified six priorities and channelled their efforts there. SIG knew that for them, buy was better than build.

P&G recognised that digitalisation is a journey to take in steps rather than all at once. They’re now moving data from multiple plants into the cloud to reduce server costs while meeting data compliance requirements, so on that basis alone it created value. For the future, P&G are positioned to capture the benefits of analytics not only in one factory, but across 100 globally.

So, how do manufacturers decide where to focus their effort?