Tom Moore meets Mark Nunan, the man who swapped Wall Street for Walsall, to find out what made the city boy exchange stocks for machines. 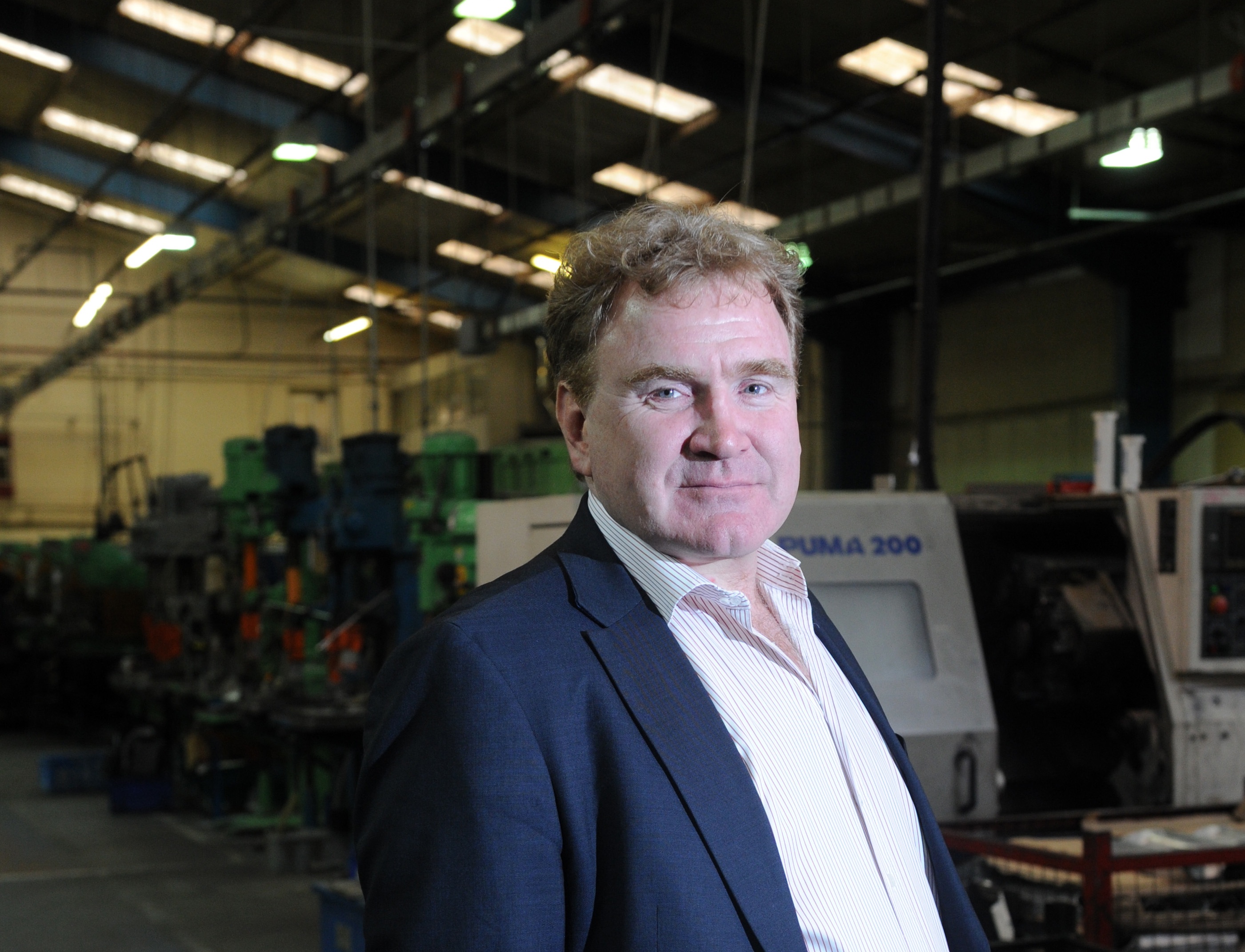 Creating a business empire with an initial investment of just £4 sounds like the premise for a Hollywood movie. And in fact, Mark Nunan’s story of buying four small, failing manufacturing firms for £1 each and restoring them to health, might make a good next gritty British flick project for Danny Boyle to export over the pond.

Mark Nunan isn’t your typical manufacturing type. A public school rebel, expelled three times, he walked the trading floors of the London Stock Exchange before making his way over to Wall Street. Always a deal-maker, he names his best investment as the spontaneous decision to buy 2,000 commemorative crowns for the royal wedding of Charles and Diana before his trip to Singapore. They sold in a day with a £1,500 profit.

But what made him leave the “glamour, sex and girls” in the city? “The trading itself is dull. You get a burst for one hour, then it all dies down. There was no real challenge.”

In 2001, not knowing anything about boilers, heating steam or much about manufacturing in general, Nunan was offered French steam and hot water equipment manufacturer Collard et Trolart for just £1. “It had knackered old steam boilers, a knackered old factory and had massive arrears. Who would want it,” he asks rhetorically. He took the deal and started to brush up on his French.

The 84 year-old company had been left to rot by the previous owner, an Englishman, who had “taken the best part of £400,000 out of the business” via a direct transfer and accrued a bill of €640,000 from the French Government for unpaid taxes.

Enough to put most people off, particularly if it requires leaving a well-paid job at financial outfit Credit Lyonnais. But Nunan yearned for the challenge. “The worse they are, the more problems they have, the better I like it.”

The logic was this: “If you’ve got a company that is managing to survive despite having antiquated systems, antiquated equipment and antiquated cultures, there’s got to be something there that’s worthwhile.”

With risks aplenty, Nunan soon realised he had stumbled upon a diamond in the rough. Rising energy bills and increasing CO2 regulations prompted a surge in demand for heat recovery and exchange. The company had the know-how and developed innovative new products to capture sales.

Collard et Trolart is now worth considerably more than the £1 Nunan paid for it eleven years ago. It made a record profit of over £400,000 in 2012 but Nunan is optimistic profits can cross the £600,000 barrier this year.

Nunan had whetted his appetite for manufacturing with Collard et Trolart and there was plenty on offer at the poundshop. As the economy crashed and credit crunched, 4,664 manufacturing firms became insolvent between April 2008 and December 2009 according to the Association of Business Recovery Professionals. Long-established companies were going down the drain but for Nunan opportunity was knocking hard.

“You turn it around and then there’s nothing to do. Like a junkie you need new deals,” says Nunan, describing the entrepreneurial appetite that led him to make a series of £1 acquisitions, turning companies around to amass a manufacturing business empire with a combined turnover of £32 million. All for an initial investment of just £4.

In 2009 Mark came across BSC Diecasting. He paid off the company’s existing debt – it was loosing £80,000 a month – and bought it for £1. “When I walked around the factory for first time everyone was just staring blankly at me, a posh boy in the middle of Walsall. I was told I had to give a speech to everyone, which was an awkward situation bearing in mind their salaries were three weeks late. They got paid in full that week and now they get bonuses too.”

Next on the shopping list was maker of nuts and bolts Bartons Cold Form in 2010. Then came metals component manufacturer Sarginsons Industries in Coventry and pressure vessel maker for the air compressor Rednal Phneumatics, both of which were bought out of liquidation.

With a lot of hard-work, factory investment and a heavy dose of optimism, Nunan’s rescue mission saved 320 jobs at companies on the brink of extinction and looks set to make a £1.5 million profit in 2013. “Someone else could have bought the companies and saved the jobs, but given the price I got them for it was quite unlikely,” states Nunan.

Nunan saw that BSC Diecasting, which makes the signage for Fosters’ beer pumps in pubs, had been making £1 million a year in 2006 and was confident the business could regain profitability. “They were producing fabulous products but they didn’t know what a KPI was. On time and in full delivery was probably less than 40%. It was absolutely appalling. But the quality of the products made on shit-old equipment was absolutely amazing.”

Nunan and the management team repositioned BSC, bought new equipment, implemented a new ERP system to change the way it operates and invested in marketing. It now supplies metal castings for the sensors and probes made by metrology firm Renishaw.

After three years of making a loss, Sarginsons Industries has just won a contract to make parts for the supply chain of aircraft manufacturer Bombardier. Contracts such as these demonstrate that Nunan isn’t in it just to make a quick buck, but committed to his businesses for the long-haul, funding degrees for the companies’ future leaders. “I was a city boy so everyone I knew had a degree, an MA or a PhD. You go into manufacturing and they think a HND is a quality qualification,” he says.

“There is a lack of basic business knowledge in UK manufacturing. The guys from the shop floor who rise through the ranks have never had training in how to run a business.”

Describing his “passionate hatred” for import-distributors, Nunan says it is unjust that his companies pay the same level of corporation tax as an importer not investing, training or employing anyone in the UK.

But the injustice is not putting Nunan off. He is firm that there is no exit plan from his new manufacturing acquisitions. “It’s a long-term investment. You can’t get into manufacturing for a quick turnaround. It’s totally different from what I was in before but it’s still hunting deals.” Although his vulture capital attitude may be derided by some, his £1 deals have kept companies in business and created growth.

So has Nunan’s foray into industry persuaded any of his city boy mates to invest in manufacturing? “Not a chance. They want glamour, sex and girls. You don’t get that in Walsall.”