Posted on 16 Mar 2015 by Victoria Fitzgerald

From April 2015 new legislation will allow parents to share parental leave, Victoria Fitzgerald examines the potential benefits and challenges the changes could pose for manufacturing companies.

Traditionally the “double burden” of family life was solely a woman-centric issue, but as a society we are valuing the importance of a father’s role more than ever, to the extent that legislation has shifted to involve men equally in the subject of parental leave.

In theory, this is a both giant and revolutionary step forward for both sexes in evolving deeply entrenched gender stereotypes, but in male dominated industries like manufacturing, its dissemination is not so simple.

Quite unfairly, the role of the father in family life was overlooked in the political agenda until 2001, when Gordon Brown included it in that year’s Budget.

Then in January 2010, fathers were awarded the right to take six months statutory paternity leave while their partners returned to work.

Now, as the May general election looms, the issue of paternity leave is creeping up each of the major parties’ political itineraries.

Legally, from April 2015, and this applies to couples whose babies are due from then, parents will be entitled to choose whether they want to share the mother’s maternity leave.

The leave can be taken at the same time, so a couple would be able to be at home together for up to half a year following the birth of their child.

There are expected to be around 285,000 working couples eligible to share parental leave from April 2015.

The changes are aimed at kick-starting a cultural change in the workplace, where fathers feel more confident to talk to their employers about taking time off for childcare.

Employment Relations Minister Jo Swinson, highlights what a huge step forward the legislation is, explaining, “Introducing shared parental leave is a significant step towards changing workplace culture, making it just as normal for fathers to take on childcare responsibilities as mothers.

“From April next year mums and adopters will have real choice about when they return to work, dads will have more time to bond with their children and employers will benefit from lower staff turnover and having a workforce that is more flexible and motivated.” 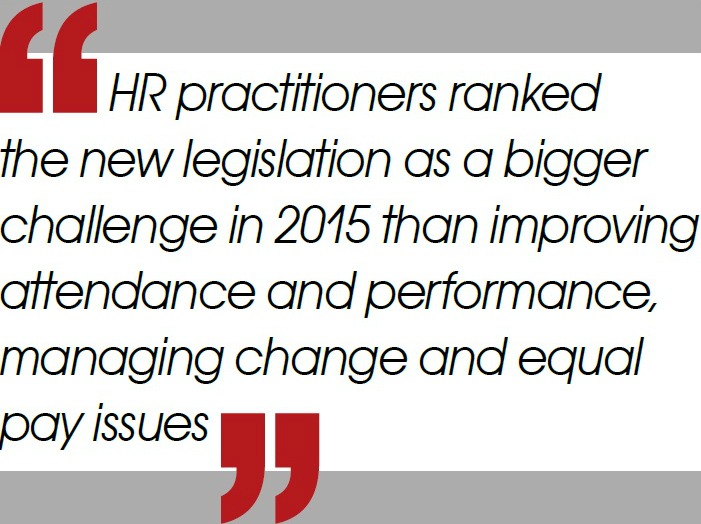 Legislators are confident the changes will allow employers to retain talented staff, providing a flexible approach with a healthy work-life balance, which will ultimately contribute to the growth and success of a business.

Acas chair Brendan Barber says, “Shared parental leave will enable working parents to share maternity or adoption leave to allow both parents greater involvement with their child’s first year, while employers have the potential to remain productive by agreeing new arrangements that work for their organisations.”

The challenges within manufacturing

There are many obstacles punctuating the road ahead for manufacturing companies, both in cost and the navigation of the complex system.

Tom Neil, from Acas Information & Guidance, explains to TM, “Manufacturing has traditionally been regarded as a male dominated sector and therefore some employers may have comparatively limited experience of dealing with family friendly rights.”

In January, EEF shared its findings saying that 40% of HR professionals in manufacturing companies regarded the new legislation as a key challenge in the next three to six months.

In fact, the study showed that HR practitioners ranked the new legislation as a bigger challenge in 2015 than improving attendance and performance, managing change and equal pay issues. 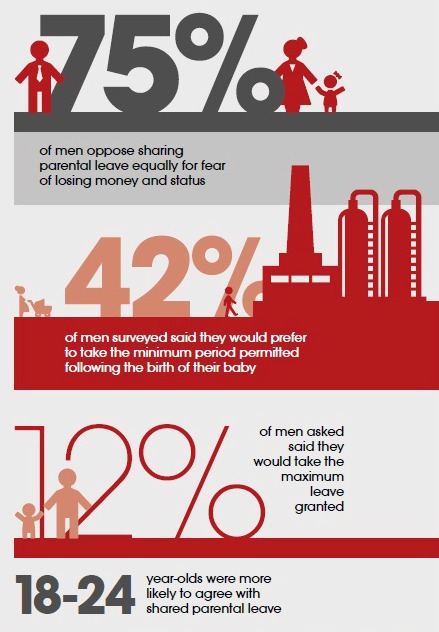 EEF is set to support its manufacturing members by running a series of seminars across the UK, ‘Shared parental leave – who’s holding the baby?’ These sessions will translate the numerous regulatory requirements so that HR teams can confidently manage the shared parental leave process from start to finish.

In Government’s impact report, published in March 2014, on the introduction of shared parental leave, it estimated the cost to businesses would be roughly £17m, and it also predicted that for the majority of employers it would be cost-neutral because it would increase the number of women returning to work earlier, balancing the deficit.

However, the calculation was founded on two inconsistent assumptions. Firstly that every business would only offer statutory shared parental leave and pay, which is £138.18 a week or 90% of the individual’s salary.

Secondly, that the participation in the scheme would be comparable to the take-up of Additional Paternity Leave (APL), which was fairly low.

According to union TUC, only one in 172 fathers took up APL in 2011/12, which allows them to take up to 26 weeks to look after a child following the completion of the mother’s maternity leave.

TUC also published a study stating that two in five (40%) new fathers won’t qualify for new rights to shared parental leave, mainly because their partner is not in paid work.

Mothers who don’t have a job (whether employed or self-employed) don’t have a right to maternity leave or pay that they can share.

Despite the progressiveness of the legislation, there are issues, not to mention some underlying criticism.

Think tank, the Fatherhood Institute, published research in November 2014 saying that 75% of men participating in the study oppose sharing parental leave equally for fear of losing money, status and for not seeming committed to their careers as those that decide to leave the parental leave to the mother.

Other research from Glassdoor showed less than one in four men surveyed agreeing that new parents should share parental leave. This opinion rises slightly to 31% among millennials (18-24 year olds) and falls to 21% for the over 45s, revealing a clear-cut generational divide.

Despite optimism for legislative change, Mumsnet CEO Justine Roberts believes that without a deeper cultural shift in attitudes, the effect of the new rules will be minimal.

Roberts says, “In a recent survey of Mumsnet users, eight out of ten couples said they would have liked the father to take more paternity leave, and seven out of 10 said that financial considerations stopped them from doing so.

“Everyone seems to agree that dads need to be able to spend time with their children, but we don’t yet have the policies that will encourage a real cultural shift.”

As far as leveling the playing field, The Fatherhood Institutes Jeremy Davies says, “We’ve got mountains to climb before we get there.”