Air Control Industries recognised with Made in Britain accreditation.

Axminster-based Air Control Industries, ACI, have announced that they have achieved the internationally recognised Made in Britain accreditation for its range of products developed, designed and manufactured at its UK headquarters in Devon.

ACI produce industrial fans used in everything from grain ventilation and pharmaceutical manufacturing through to drying solutions for the cable, wire and extrusion industries, ACI supplies cutting edge solutions supporting a global audience of customers in more than 40 countries.

Among its range of products, ACI designs and supplies air knife drying systems, bottle and can drying solutions and a range of JetBlack® Safety personnel cleaning booths, which remove and safely collect potentially harmful dust from staff and their clothing. This prevents transmission into the wider environment, enhancing the health and wellbeing of workforces and communities internationally.

Made in Britain brings together the British manufacturing community, united by the use of the registered collective mark of quality. Providing the ultimate mark of British provenance, the Made in Britain mark is seen as an international seal of excellence domestically, in Europe and across the world. 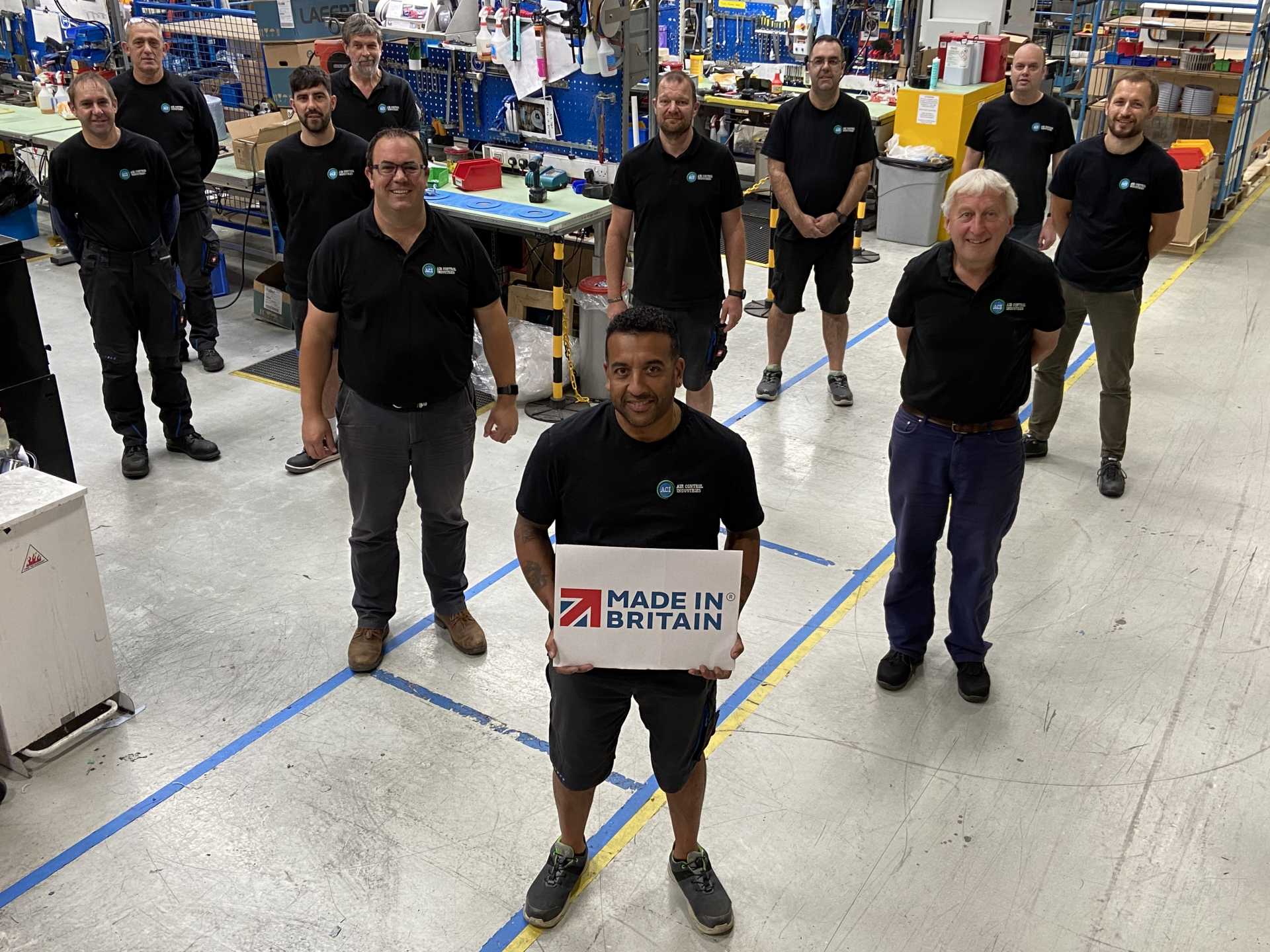 To qualify for the mark, manufacturers must pass a stringent 150-point checklist to guarantee that the manufacturing supply chain is ‘truly British’. Only those products that pass this test are permitted to carry the mark. A select group of just 1,260 manufacturers across Britain have so far been given permission to carry the Made in Britain brand.

Commenting on the accreditation, ACI UK Sales Manager, Matt Shelley, said: “The Made in Britain accreditation endorses all that we stand for in terms of focussing on the delivery of the very highest levels of quality; from design, through development to production. Backed by customer service levels, engineering precision and craftsmanship that are the envy of the world, we are proud to fly the flag for Britain and to carry the Made in Britain stamp of quality on our domestic and internationally exported products.”

John Pearce, CEO, Made in Britain, commented: “We are delighted to welcome Air Control Industries to our fast-growing community of like-minded manufacturers. Product provenance is a key factor in business purchase decision-making and by displaying the Made in Britain mark, buyers can be reassured that our members are manufacturing in Britain to the very highest standards as well as adhering to ethical and sustainable business practices. We look forward to working with Air Control Industries and helping them capitalise on the demand for British-produced goods.”