Migrating from an old MRP/ERP system

Companies decide to migrate from an existing manufacturing system for several reasons, but the main justification will be that it no longer meets their needs. However, changing MRP/ERP systems is often seen as an overwhelming task. This white paper examines the reasons why people choose to replace a system and what to consider when migrating to a new one.

Why do companies need to leave an existing MRP/ERP system?

The reasons can differ depending on what their original system was. Many companies will be looking to make the jump to a manufacturing system for the first time, so will currently be relying on a mix of paper-based and Excel spreadsheets. These provide no visibility between departments, rely on a lot of effort to (literally) push paper around the facility, are prone to error and duplication, lacking in audit trails (who did what and when?) and often cause problems with traceability.

Other companies may have advanced from this approach, instead developing an in-house bespoke system to try and meet their exact needs. Often this is developed by one person, and on the inevitable day that this person leaves the company is immediately on borrowed time. Support can become sporadic at best, with enhancements costly, slow to materialise or not even available at all.

There will be some businesses that already made the leap to MRP/ERP, but have a system that is no longer fit for purpose. It may be that the system has been discontinued or the supplier has gone out of business. As with bespoke systems, in the event of a problem there is little to no support, and what assistance there is will likely come at a hefty price. Even a simple update to the operating system could bring a company to a complete standstill it if conflicts with ageing software.

Finally, it may simply be that either the selected system or the business have moved in different directions and as a result business growth is being hampered. For example, many ERP systems focus on developing accounting functionality, leaving manufacturing as the poor cousin. 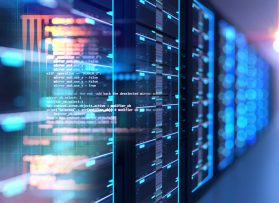 What data should I migrate from the old system to the new one?

It’s a guaranteed certainty that your existing data is not going to just drop smoothly into a new system, and many companies see this as one of the most daunting areas of migrating systems. However, it’s often not the problem that people perceive it to be and there can be additional side-benefits and opportunities. Before you look at how you’re going to import it you should consider a little housekeeping.

The chances are that you won’t want to transfer every piece of data. There may be customers and suppliers that are not trading anymore or that you no longer deal with, along with products that have not been manufactured for years. Take this opportunity to consider what data you will want to transfer and what can remain in the legacy system. Depending on your circumstances, it should still be there once your new system is up and running but will only be needed under rare circumstances, the need for which will decrease daily as you move forward.

Don’t worry about the amount of data you have – that’s not important. If you can import one record you can import a million. It’s worth noting that many MRP suppliers will use this as a sales technique to show their technical prowess.  There will be much furrowing of brows and scratching of chins, but they’ll eventually say that the import can be handled – at a price. The larger the data, the bigger the cheque. However, it doesn’t have to be this way, and there is actually nobody better at deciding what data to transfer over than you.

Data import is generally performed in stages – you’ll work out what you need to migrate, how to convert/reshape your data, import it into a test environment of your new system, and once you’re ready to go live you’ll use the same mechanisms to import the current instance of the same data into your live system.

There are two types of data that you need to take into consideration – static and dynamic. Static data consists of information such as customers, suppliers, parts, bills of materials, etc., which change infrequently. Dynamic data covers constantly changing data, such as sales orders, purchase orders, stock amounts, etc.

You will generally focus on the initial transfer of static items. How you handle dynamic data might depend on how much of your existing MRP/ERP system you actually use, and this is something you would discuss when you plan your migration. Orders that are likely to be fulfilled in the short term might be best completed outside of the new system, leaving you only the long-term data to add. Most companies still also have their legacy system to refer to should they need it.

Just because it’s a new system it doesn’t mean that you can’t have continuity. Most systems will allow you to specify your starting sales or purchase order numbers, so you can continue from where your old system left off.

Early on in your MRP implementation you should gather all department heads and establish who is responsible for migrating each dataset. There are some obvious ones, such as customers being the responsibility of sales, but where you are considering reshaping data such as part numbers then it’s important to have a discussion that spans all relevant departments.

As part of our Implementation Service Pack, 123 Insight hosts an Implementation Planning Session. Here, we walk through a tried and tested template of all key implementation activities. A dedicated Implementation Specialist is assigned to the project and acts as your mentor, producing a realistic, workable project plan. Data migration forms an important part of this session, and once completed everyone is clear on who has responsible for each dataset. This fixed-price approach ensures that companies have a clear direction forward, without the need for relying on expensive consultancy.

123 Insight offers an optional Data Import Toolkit. It allows you to take both static and dynamic data extracted from your old system and prepare it in Excel to our prescribed format, which can then be easily imported. Most companies will perform their cleansing at this stage in Excel, rather than either in the old system or within 123insight, so the Data Import Toolkit is ideal for this.

How should I cleanse my data for the migration?

If you’re going to spend your time working with specific elements of your data, such as part numbers or descriptions then you should take the opportunity to standardise the data as you take it across. Often, companies may be running two or more different part numbering systems, or have different styles for product descriptions. Now is the time to take advantage of this opportunity to identify and fix such issues.

A common mistake is that companies try to cram multiple identifiers, or categories, into a part number. As a result, you end up with a part number like XXX-YY-AA-123456. This may well give you a lot of information on the part without having to look it up on a system, but this is often irrelevant and highlights a weakness in the current system’s searching capabilities. A good MRP system should allow you to not only find a part through part number search, but also be capable of drilling down from batches, suppliers, or any number of other routes. Everything should link to everything else.

How do I keep data accurate while migrating systems?

It’s important to remember that during the implementation phase you may need to maintain two or even three datasets – your old system, the data being cleansed in Excel and perhaps also the data in the new system during a transition period. This is likely only to relate to your static data, such as company details, as your dynamic data such as outstanding purchase orders is the last thing you’ll migrate before you go live. Therefore, it’s important to plan when the best time is to migrate each type of data, thus minimising any duplication and possibility for errors creeping in. This is taken care of using the 123insight Data Import Toolkit, as if you try to re-import data, such as a part number, you will be prevented from doing so. The 123insight Implementation Specialist will also help you to schedule when to transfer each data type, with regular contact to ensure that this happens. 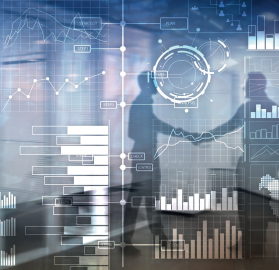 How far back should I migrate data from my old system?

This will differ per company, but a good rule to apply is an 80%/20% split. Sort your customers and products based on their frequency of use, focussing on the top 80% and leaving the remainder in the old system. As covered earlier, you probably won’t want to bring across company or product data for someone that last purchased several years ago but will most definitely want to transfer everyone that’s bought a product in the last year or two.

There may be recently manufactured products that you know are likely to be one-offs – you can leave these in the old system, safe in the knowledge that should they be ordered again you could still resurrect the data, but you won’t waste time on transferring it in the short-term and don’t have to worry about having a lot of dormant data cluttering up the system.

What benefits can I expect from properly migrating my data?

As the old computer expression goes, Garbage In, Garbage Out. Once you’ve identified the data you want to migrate, distilled it down into separate data sets and restructured where necessary you will end up with a business that has clean, concise, reliable data, available to all staff from sales through to despatch.

Tasks that may have previously spanned multiple systems or that required paperwork to be generated, sometimes in multi-part documents, will be performed much quicker. The possibility for errors will be greatly reduced, as data is entered only once. Staff will also be able to cover for others more easily, as common tasks such as searching data or raising purchase or sales orders will be similar.

Audits for quality accreditations will see significant benefits, often being performed in only a couple of hours rather than days. Being able to drill down or up through data makes it much easier to prove which products a given batch of components went into, with audit searches often being performed without the auditor having to leave their desk.

Ultimately, people will trust the data in front of them. It will be common across all departments and updated in real time, as all staff will be using the same system.

If a business were a living entity, then data would be its lifeblood – performing ‘data dialysis’ can make the transition and future usage much easier.

Data migration is only one aspect of implementing an MRP/ERP system, but it’s worth spending time to clear out the dead wood and streamline the data that you do decide to carry across. Break it down into the different data types and plan when to migrate each type and who is responsible for it to maximise efficiency. Clean, trustworthy data will add further benefits to those that your new manufacturing system will undoubtedly deliver.