Posted on 3 Feb 2015 by Jonny Williamson

Chemical engineer, Dr Robert Langer has been named 2015’s recipient of the Queen Elizabeth Prize for Engineering (QEPrize) at the Royal Academy of Engineering in London today.

Announced by Lord Browne of Madingley, chairman of the Queen Elizabeth Prize for Engineering Foundation, in front of The Duke of York; The Queen will present the prize to Langer at Buckingham Palace later this year.

A global £1m prize, the QEPrize celebrates the engineers responsible for a ground-breaking innovation that has been of global benefit to humanity, as well as helping to raise the public profile of engineering and to inspire young people to enter the field. 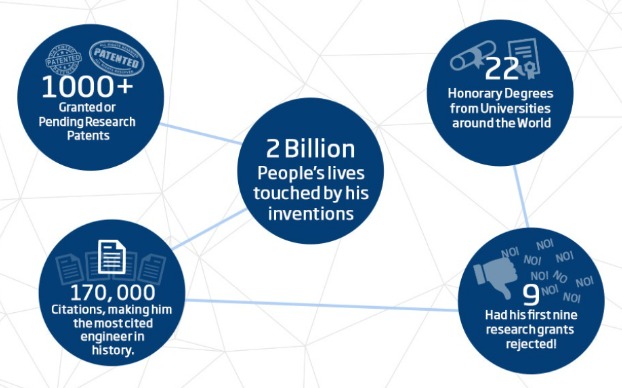 Celebrated for his “advances and leadership in engineering at the interface with chemistry and medicine,” Langer has more than 1,000 issued and pending patents, and over 200 prizes to his name.

Langer’s laboratory at the US-based Massachusetts Institute of Technology (MIT) is the world’s largest academic biomedical engineering laboratory with more than 100 students, postdoctoral students, and visiting scientists at any given time.

The judges awarded Langer the QEPrize for a technologically disruptive change in controlled-release drug delivery systems, important in helping to manage either an underdose or overdose of medication. Controlled release drug delivery gives a patient the correct dose over a long period, yet requires far fewer frequent doses. 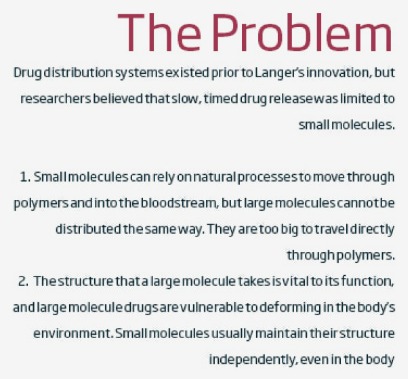 One of Langer’s most recent projects is a microchip-based implant capable of storing and releasing precise doses of a drug-on-demand or at scheduled intervals for up to 16 years. Microchips, the company co-founded by Langer to commercialise the development, announced on December 2014 that it had completed clinical demonstration.

Professor Lord Broers, chair of judges for the QEPrize, commented: “Langer has made an immense contribution to healthcare and to numerous other fields by applying engineering systems thinking to biomedical problems.

“Not only has he revolutionised drug delivery, but his open-minded approach to innovation and his ability to think ‘outside the box’ have led to great advances in the field of tissue engineering.”

Unlike traditional drug delivery platforms, Microchips Biotech’s implant can respond to wireless signals, which can activate, deactivate or modify the frequency or dose of the drug, without it being removed from the patient.

The company is reportedly initially looking at three areas for such an implant; diabetes, female contraception, and osteoporosis, which all require regular, long-term dosage.

Professor Brian Cox, one of the QEPrize judges, said: “One of the reasons that the QEPrize was founded was to make clear the contribution of engineering to everybody’s lives. Hundreds of millions of people a year, across the world, benefit from the technologies that rest on the work of Robert Langer.

“We give the prize not to areas of potential, or engineers who may be great in the future, but to engineers who’ve already done something that’s demonstrably changed, in this case, millions of lives.”

Noting that he wanted Britain to lead the world when it came to engineering, Prime Minister David Cameron stated: “Equipping our young people with the skills they need to help them secure the well-paid jobs of the future is a crucial part of our long term economic plan.

“I hope this prestigious prize will excite and inspire the next generation up and down the country to take up careers in engineering, so we can continue to build a highly-skilled workforce that gives us a competitive edge on the world stage.”