Starting a mountain bike parts company during a global pandemic is not what PEMBREE founder Phil Law would call relaxing. However, it is a dream come true for the longtime mechanical engineer whose high school yearbook described him as someone who “loves to design mountain bike components.”

PEMBREE is located in the village of Horam in southeast England. In founding the company, Law has brought a vision to life that has been over two decades in the making: to produce high-quality mountain bike components with an unprecedented emphasis on sustainability.

“We want our brand to be seen as the ultimate in durability, longevity, and performance with an eye on environmental impact,” says Law. “Our industry, unfortunately, often pushes riders to upgrade pedals every year to get the new colour or style. So, pedal costs are dropping, but they’re often made from materials that are not recyclable. We wanted to give customers an alternative.” 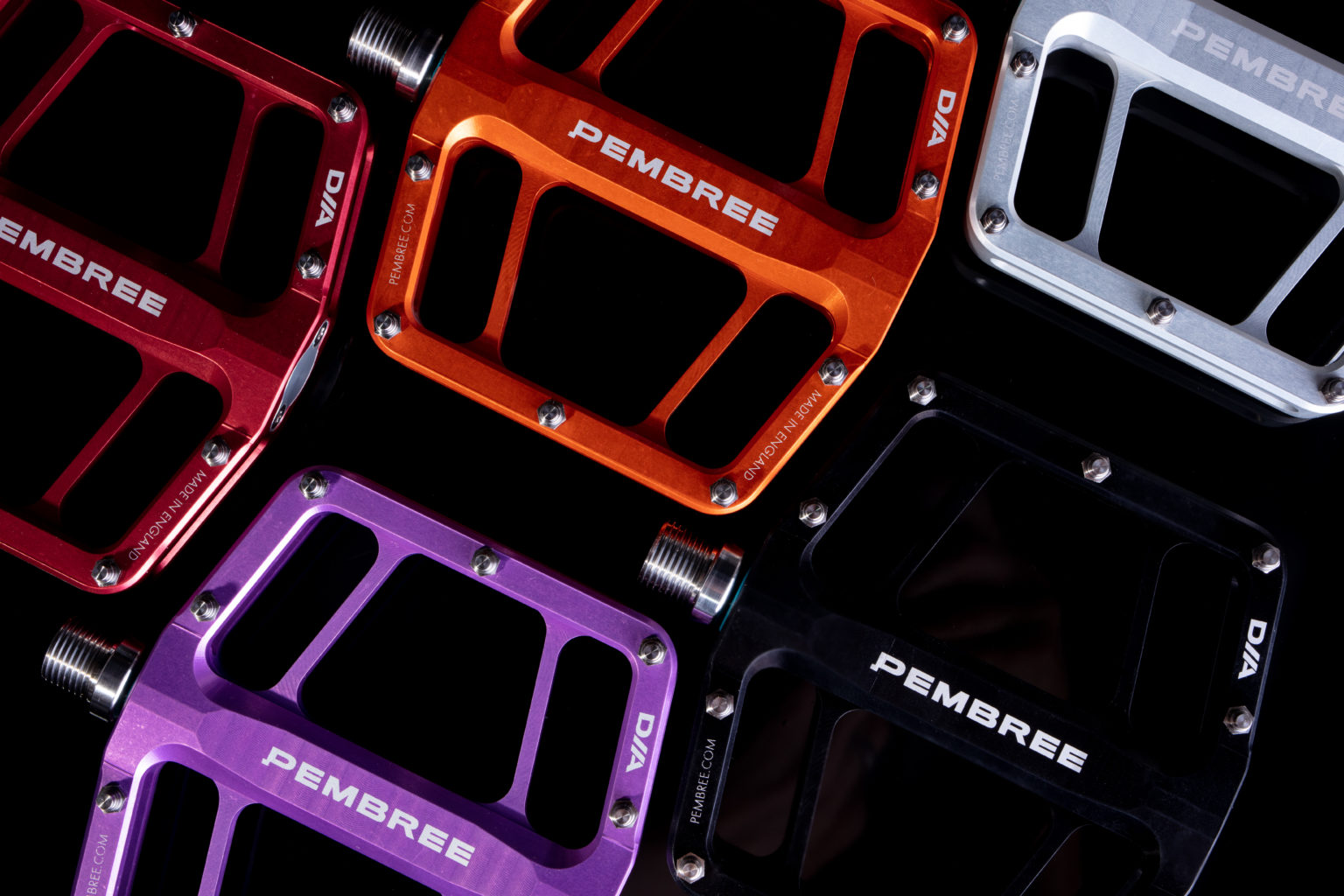 To maintain control of the manufacturing process and its environmental impact, PEMBREE makes everything it can within the confines of its shop. Today, the company’s products include two specialty bike pedals. The R1V is a concave, high-durability pedal with replaceable traction rails and pins, while the D2A is a flat racing pedal that provides a unique balance of traction, strength, and weight. Both are made from aluminium and stainless steel, and both are 100% carbon neutral.

“Our pedals come with a five-year warranty but there isn’t any reason why they can’t last twice as long,” Law said. “Don’t get me wrong, there were a lot of late nights and challenges to overcome because we were launching during the COVID-19 lockdown. But when you step back and look at what we’ve achieved, it’s fantastic. We couldn’t have done it without Autodesk Fusion 360.”

From First Sketch to Final Sales

As a startup, PEMBREE needs to be agile and self-sufficient. This is one reason why Phil Law chose Fusion 360 over other platforms. Law can go from CAM programming to Creating promotional renders all in one application. Another draw was the software’s built-in integration with PEMBREE’s Haas milling machine, which it uses to produce all of its pedals.

“I really appreciate the ability of Fusion 360 to talk to the controls of our Haas machine,” Law says. “It just works. There is no need to do any post-processing on the CAM files. Plus, all of the Haas tooling is shown within Fusion 360, so you can pull it straight into your workflow. It makes life much easier.” 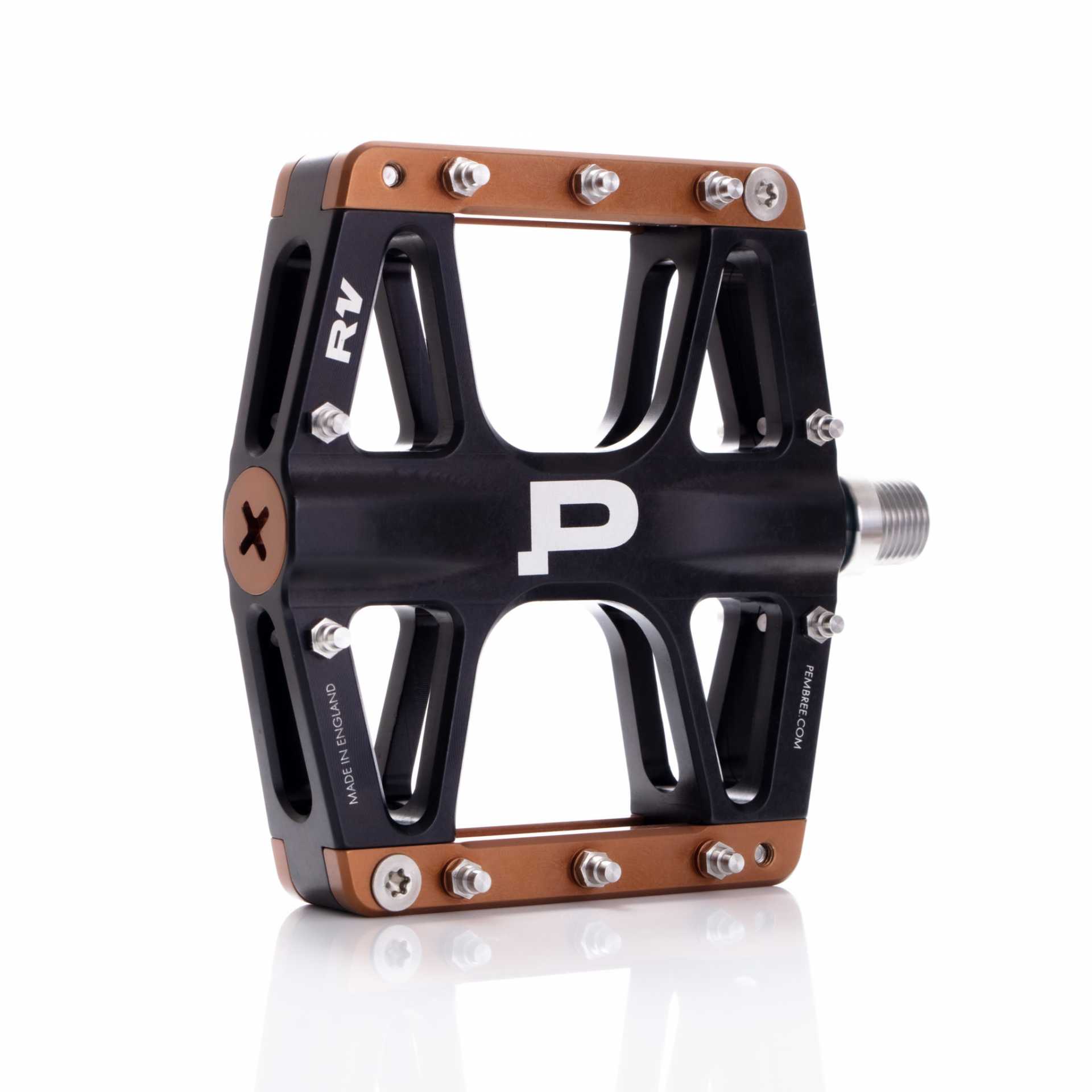 Law’s design process starts with sketching a new product on paper to develop the size relationships among various components. With a rough idea in place, he moves into Fusion 360 to start fleshing out the virtual 3D shape. Once he is comfortable with it, he uses a 3D printer to produce a prototype, then goes back into Fusion 360 to finalize the design with an eye for manufacturing, making adjustments to chamfers or slots based on expected tooling. From there, the part is ready to mill.

“Fusion 360 is not just a modeling tool, or a rendering tool, or a CAM tool; it’s all of them combined,” Law explains. “Even setting the cost issue aside, if we had to get three separate packages for all of those capabilities, then it’s on us to learn how to use all of them and figure out how to integrate them. With Fusion 360, we don’t have to do any of that.”

To that end, both of PEMBREE’s debut products were designed entirely in Fusion 360, from the pedal body to the screws, traction pins, traction rails, and end cap. Law produced all the promotional renders and exploded diagrams for both products using Fusion 360 as well.

“Renders really help sell our product before anyone can hold it,” Law says. “There is really very little I have to do to the designs in Fusion 360. I just press render, and that’s it.” Law is also impressed that the entire process — from paper sketch to finished product — only takes a few weeks.

“One advantage we have as a startup is agility,” he continues. “The pedal concepts have been in my head for years, but from start to finish, it has been about three weeks to reach a real product we can sell. This has allowed us to react quickly, which is critical for competing in a challenging market against some very well-known brands. That would not be possible without Fusion 360. It has allowed us to make our products in a very cost-effective way.” 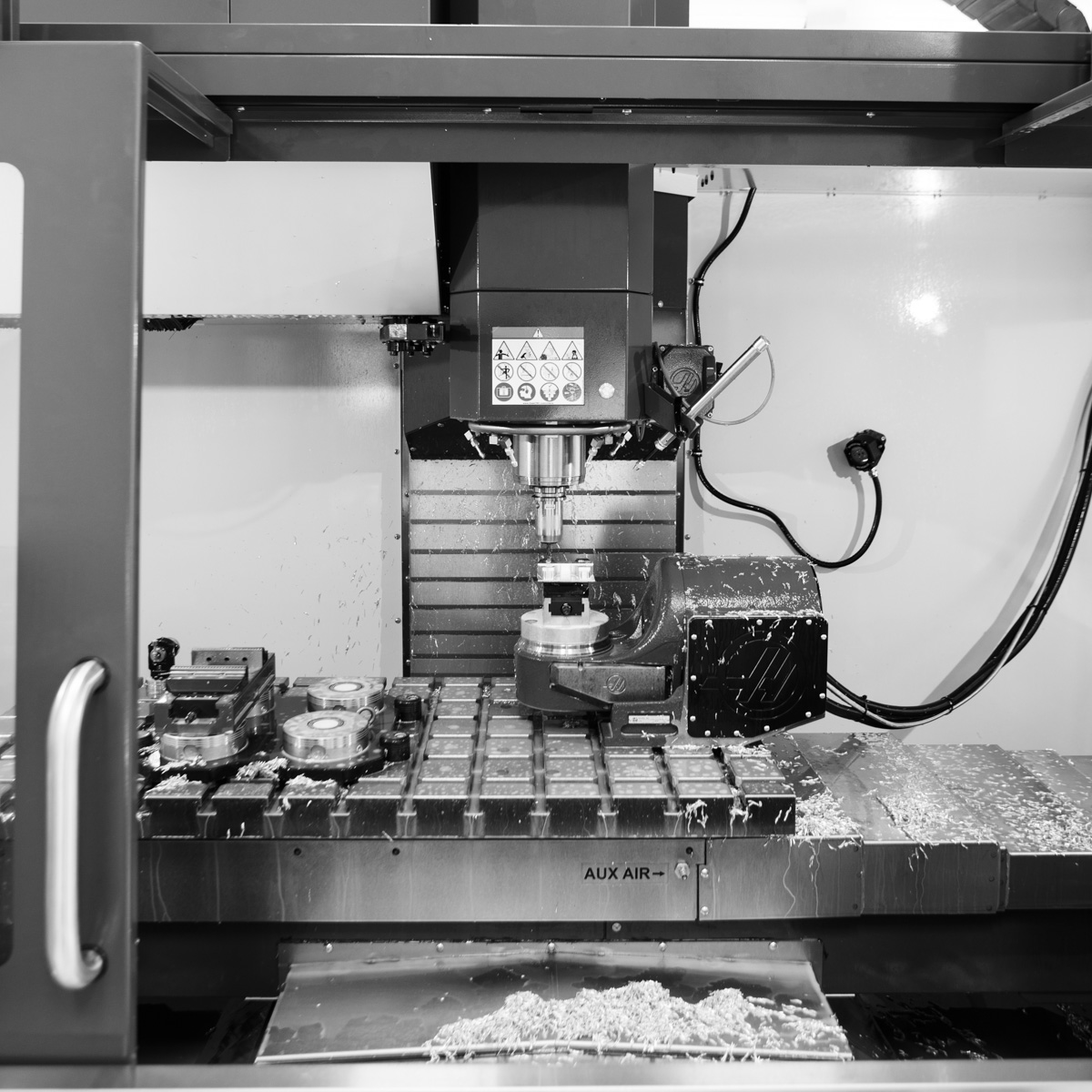 Agility in design and manufacturing will be critical for PEMBREE as it seeks to occupy a new, sustainability-focused space in the market. It will empower the company to deliver on its differentiating promise of hand-crafted products that are 100% made in England from sustainable sources and recyclable materials. Law, however, is well aware of the challenges his company faces, particularly as a startup.

“You have to balance the startup mindset with an activist mindset,” Law says. “If you overdo the activism, it can come across as too ‘in your face.’ So we’re focusing on transparency and education, leading the way in changing customer expectations for what information we present and how it is presented. If we can influence other brands to do the same, that will be important.”

To ensure that PEMBREE continues to fulfill this mission, the company engaged with TEMWA, an organization that helps UK companies offset CO2 emissions. This requires a detailed examination of PEMBREE’s carbon footprint, which showed that their shop runs on renewable electricity, sources raw materials locally whenever possible, and does not outsource production — a step that is possible because of Fusion 360.

“There’s nothing we haven’t been able to do with Fusion 360,” Law said. “It’s not limited or constrained in any way. It’s an enterprise-grade platform.”

Law expects Fusion 360 to play an important role in PEMBREE’s future. The company intends to expand beyond pedals to other mountain bike components and is looking to acquire its next 5-axis milling machine, which will be programmed directly from Fusion 360.

“Fusion 360 can do everything we need it to and more,” Law said. “I can’t wait to explore what else it can do as we get into simultaneous parallel 5-axis machining. The best part is, we won’t be spending any more. Those capabilities are already part of it. It’s very exciting.”

Ready to see how an integrated CAD/CAM software can help bring your ideas to life? Download Fusion 360 today.

all images supplied by Autodesk.