New chapter for HTA as it joins the WEC Group

WEC Group, one of the UK’s largest engineering and fabrication companies, has completed a multi-million pound deal which sees Coventry-based HTA Group join its growing family of businesses.

HTA, which has a 130-strong workforce and a £10m annual turnover, joins WEC Group to create a projected £75m turnover business with 800 employees working across nine sites in Lancashire; Yorkshire; Merseyside, and the West Midlands.

Founded in 1973, HTA is one of the UK’s largest subcontract manufacturers, and a leading supplier of laser cut parts, sheet metal components and fabricated assemblies.

HTA managing director Adam Thomas is working within the expanded business on a consultancy basis, while his brother Philip remains a key member of the HTA staff.

Wayne Wild, commercial director of the family-owned WEC Group, explained: “HTA’s partnership with WEC Group will create a major new force in the UK’s laser cutting and fabrication sector and allows both companies to offer more to our customers.

“As another family run company we’re aware of the name HTA has forged for itself and its reputation for high quality work, service and delivery. Our aim is to build on that.

Last year, HTA Group, which carries out robotic and manual welding and fabrication at its 90,000 sqft factory in Coventry, invested more than £2m in automated laser profiling technology in an installation that was reported to be unparalleled in the country.

The new deal means that the expanded WEC Group will have 23 laser cutting machines working across all its operations, including two tube machines that will allow HTA to offer 3D laser cutting to its customers for the first time.

In the past 12 months, WEC Group has invested around £11m in new machinery and workspace, including £7m on a new 300,000 sqft factory in South Yorkshire.

It followed up that restructuring deal with major investment which has seen it create 55 new jobs and fund an £8m investment plan to secure the long-term succession of the Rotherham company.

Managing director of HTA Group, Adam Thomas commented: “The synergy with WEC Group is very strong and this deal makes both businesses much stronger entities. It really enhances our capabilities and capacity and that is a major advantage to all our customers.

Formed in 1979, WEC Group has a 35-year track record in investment and job creation. The company has an extensive customer list across industries including rail; automotive; nuclear; offshore oil and gas, and aerospace, and has also purchased a six-acre site at the Walker Business Park in Blackburn for future expansion. 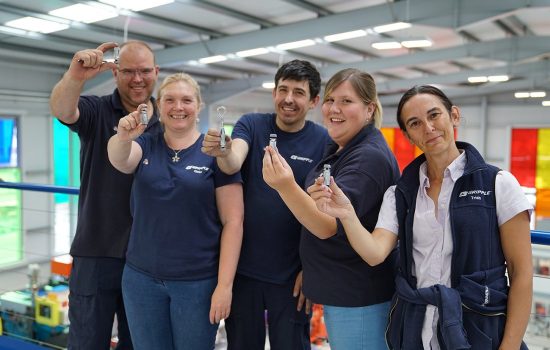