Starlite trainees will now be taught foundation and advanced flying techniques on the new version of the reconfigurable trainer developed by Vrgineers, a leader in delivering virtual and mixed reality pilot training systems for professional and military clients, alongside British company CHS Tactical LTD.

Humanitarian and peace support training courses in the military and governmental field in Africa can now be conducted in virtual and mixed reality. Starlite Aviation Academy, one of Africa’s largest providers of fixed and rotary wing flying training, purchased four helicopter & two fixed wing simulators, complete with the latest suite of dynamic environment software, and full instructor operating stations, for a six-figure sum . This places Starlite Aviation Academy at the forefront of this cutting edge technology. 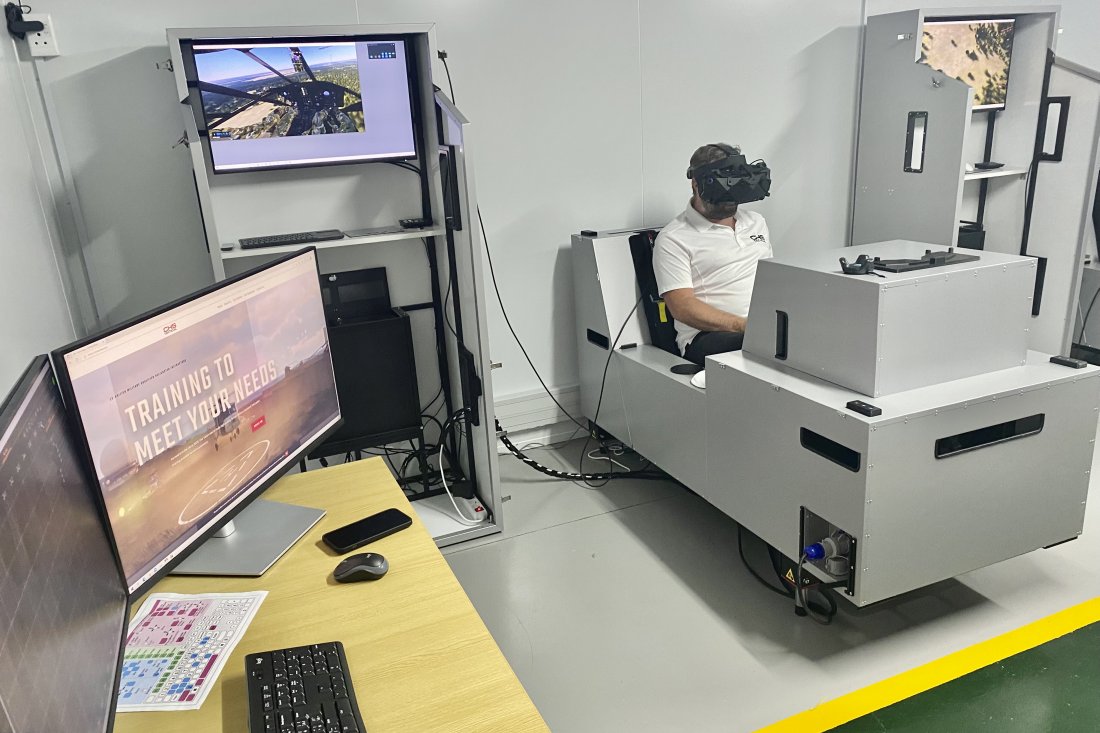 “The addition of this capability to Starlite Aviation Training Academy’s suite of services offered to clients, will provide a full value-chain offering that the company intends to expand throughout Africa and beyond its current provision of quality training services in Mossel Bay. This is only the first step and is testament to the company and its partners’ commitment to investing in technology and new innovative platforms for the provision of aviation training to service our client’s needs,” said CEO Starlite Aviation Academy Gareth Schenhage.

The trainer that has been purchased by Starlite Aviation Academy is the newer version of the popular reconfigurable trainer earlier developed by Vrgineers. It is based on the existing Classroom Trainer platform which was displayed earlier last year in Orlando, US, at the I/ITSEC conference, where it received excellent reviews.

The simulator which was delivered to the US Air Force for F-15, F-16 and F-35 pilot training, was further modified to support simpler rotary and fixed wing platforms. Multiple iterations were tested during the development cycle to try and reduce the costs associated, without jeopardising any of the core features, whilst at the same time, ensuring it maintained its reconfigurable element.

Starlite Aviation Academy will useits simulators alongside the courses provided by CHS Tactical company: “Our foundation & advanced courses have each been designed to be three weeks long, with a mixture of theoretical classroom based studies utilising the latest learning management systems, and culminating in an intense simulator package which has been designed to test the trainees airmanship, decision making, and thought process prior to them continuing their live training on more complex systems with Starlite,” says CEO CHS Tactical Chris Phipps.

Despite the initial costs, Starlite will save a significant amount of money when directly compared to operating the same sortie in the live aircraft. There are also other benefits, for example, being able to pause or even reset if things aren’t going to plan and capture the mission data to use as part of the detailed mission after-action review. Pilots will receive tuition in advanced techniques, such as aircraft survivability and threat evasion. Elements such as these will provide them with the foundations needed in how to operate helicopters in complex mission environments as both military and civil aviators.

The crowning accompaniment to the simulators is the inclusion of Vrgineers newest XTAL™ headset, which has been developed in cooperation with a team of international military pilots and is the first-ever pilot-dedicated headset on the market. “The XTAL 3 offers an extended field of view of 180° horizontal and 90° vertical, currently the widest visual field on the market for professional simulations. In combination with two 4K resolution displays and a pair of 4K mixed reality cameras, it delivers an outstanding visual experience,” said CEO and co-founder Vrgineers Marek Polcak.