Posted on 9 Dec 2015 by Jonny Williamson

The Advanced Propulsion Centre has revealed the ‘Launch of Round 5 Competition’ for APC Funding and the new Electric Machine Spoke at the University of Newcastle. 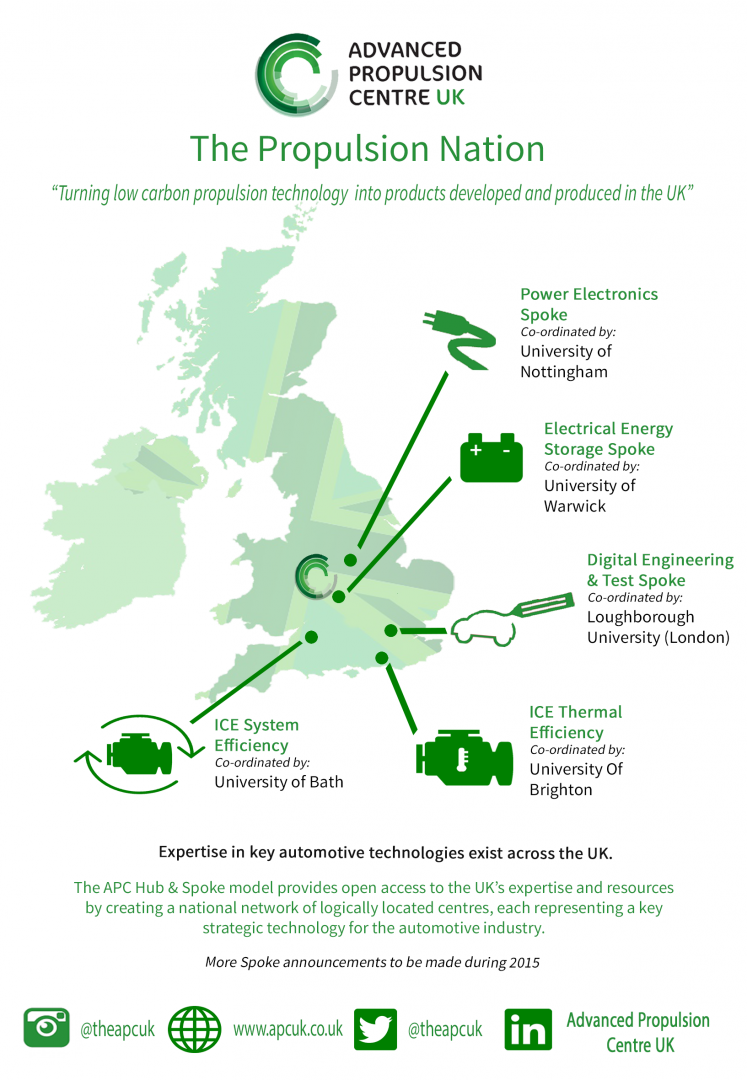 All projects must be business-led and include a vehicle manufacturer or Tier 1 supplier and an SME.

The first four rounds of APC funding have engaged with more than 50 organisations and have supported innovative projects with circa £90m of grant funding.

Round 5 is expected to generate a total of £70m of co-investment funding from Government and industry.

Chief executive of the APC, Ian Constance commented: “The UK automotive industry has a significant opportunity to build on its existing strengths in powertrain engineering and low carbon innovation to seize global competitiveness.

“The opening of APC 5, the latest grant funding competition, will create £70m investment in collaborative projects. Each programme we invest in has the power to enhance the UK’s position as a Propulsion Nation and ultimately contribute to the UK’s economic prosperity.”

Constance also announced the latest addition to the APC hub and spoke network, bringing the total number of spokes to six and focusses on those communities specialising in Electric Machines.

Each spoke brings together industry and academia to support the development of the UK’s low carbon vehicle capability.

Operating an open and inclusive network created to focus on strategic automotive technologies and act as a conduit to the UK’s expertise and resources, the spoke is a community of key academic and industrial parties.

Constance continued: “The APC Spoke Network provides the forum for industry and academia to come together as communities of common interest.

“They act as an enabler maximising opportunities for the development and production of low carbon propulsion technology. I am delighted to announce that the University of Newcastle has been selected to coordinate communities in Electric Machines.” 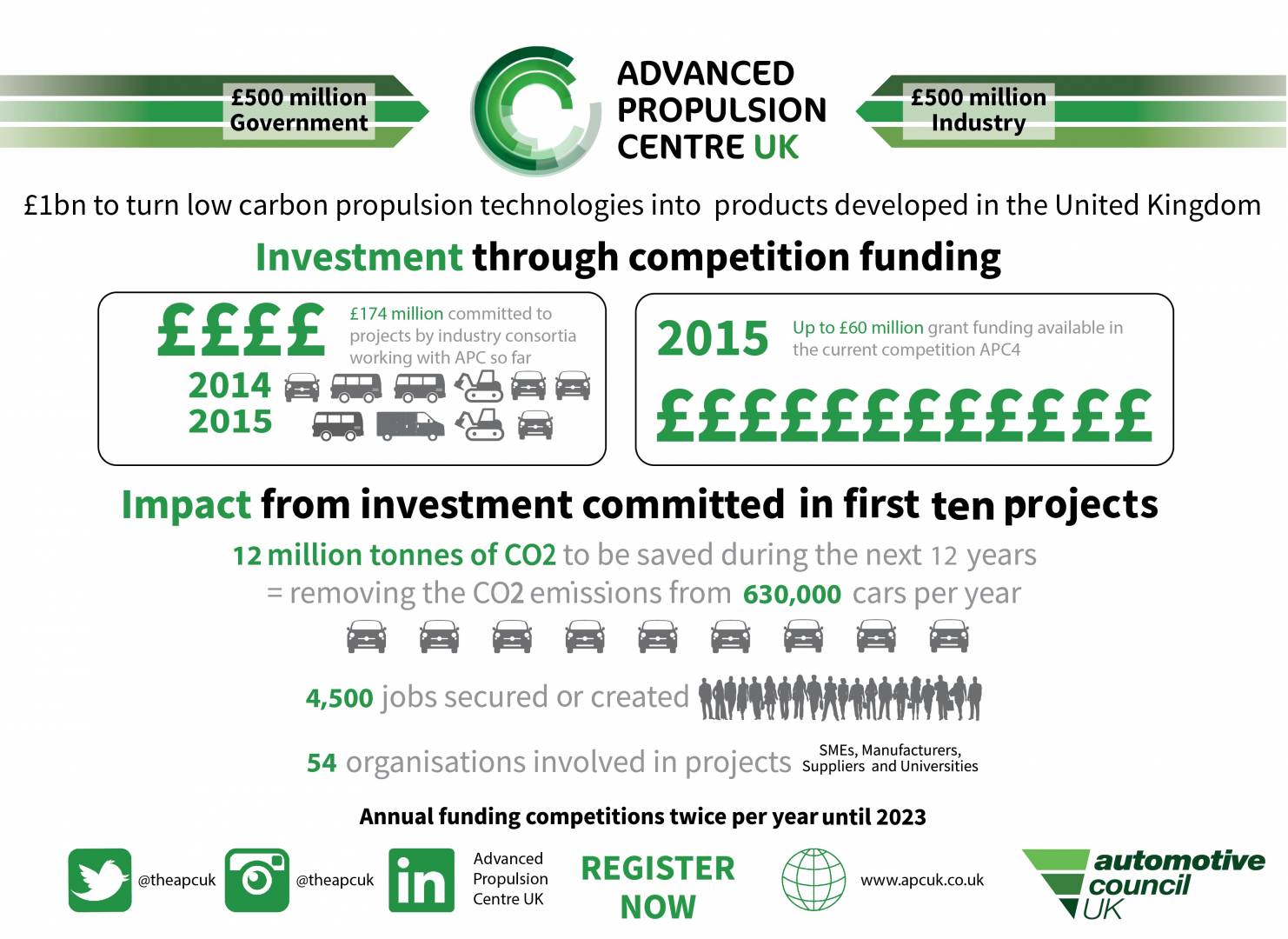 The lead academic institution for each APC Spoke will coordinate the activity including the creation of a steering group, providing a collaborative environment for all interested parties and helping to develop the relevant technology roadmaps by providing input, through the APC, to the Automotive Council.

Director of the Newcastle Spoke, Dr James Widmer said: “The University has worked on the development of electrical machines for many years, and over the last decade has had a significant focus on fundamental research and supporting industry in the development of traction motors and auxiliary motors for low carbon vehicles.

“The Newcastle spoke will bring together leading academic and industrial researchers to build on the existing APC network and help position the UK as a world leader in this increasingly important field.