Eighty guests attended the Black Swan in Warrington to celebrate the company’s past achievements and bright future. As well as employees and their families, the event included many influential members, such as key suppliers and executives who witnessed the founding of Dean Group. In addition, current managing Director Graham Stubbs gave an impassioned speech about the company’s journey that was emotionally well-received by everyone, including Chairman Christopher Dean.

In 1982, Christopher Dean joined the company, followed shortly after by his sister Carol Hutchison as in 1985. This family-run business grew significantly over the last 50 years from Dean Groups’ initial UK facility in Stretford in 1972. Before moving the company to a purpose-built facility in Irlam, Manchester, with no loss of production.

With this full-fledged foundry established next to a major UK city, Dean Group has spent decades creating made-in-UK castings with superior precision and short lead times. 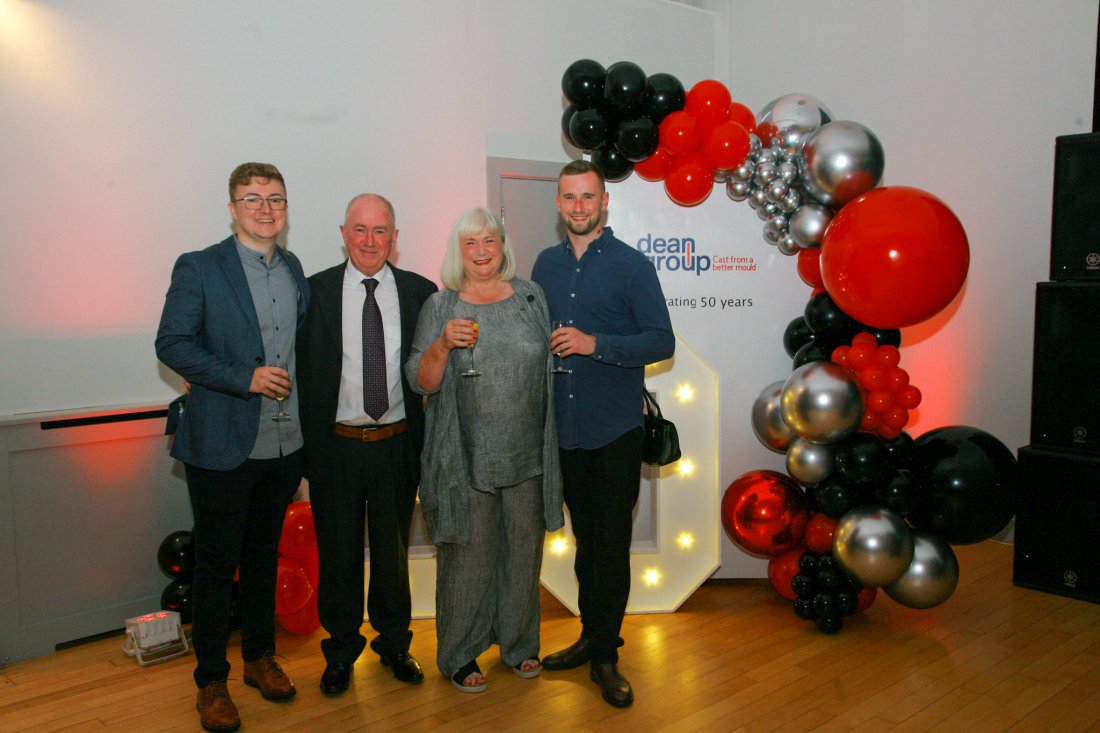 Christopher became managing director of Dean Group in 1995 and led his team to several accreditations and award nominations over the years. With Dean Group recently being shortlisted for ‘Made in the North West 2022’, the company has also won several prestigious awards, such as:

All attendants enjoyed the vibrant celebration as the close-knit teams shared stories, anecdotes, and memories of Dean Group’s long journey to reach this golden jubilee moment. With any landmark event about past achievements, thoughts inevitably turn toward the future.

Graham Stubbs, Managing Director at Dean Group, commented: “Dean Group is energised to welcome the next decade and our plans for the next ten years. We are heavily investing in the UK Foundry whilst continuing to develop our partner route further.” Dean Group has a past worth celebrating with a future that is just as bright. Over the last 50 years, the company has developed innovative solutions to maintain its position as a manufacturing industry leader. Developing new processes has been the company’s focus whilst maintaining the highest quality investment casting and die-casting services.

A significant part of Dean Groups’ recent commitment to their UK facility was the £200,000 investment they made in a highly advanced 3D printing room. These machines significantly improve daily operations, such as providing the ability to create accurate prototypes much more efficiently.

Dean Group is set to continue investing in UK foundry, ensuring they are reliably supplying the highest quality results for all its made-in-UK castings for the next 50 years and beyond.