A round up of appointments in the manufacturing sector in November 2013.

Mr Rigby has been promoted from the sales manager position he took last year just months after the firm’s creation, having previously been with Danish crane specialists HMF.

The appointment comes on the back of a year of successive new business wins for the Walsall-headquartered firm, which supplies Caterpillar product across the Midlands from Worcester in the South up to Staffordshire and across to the Welsh border.

Mr Rigby, who joins a company with branches across the Midlands at Walsall, Tipton, Tamworth, Whitchurch, Telford and Worcester, said: “I’m now looking forward to building my career with Aquila and growing the business further.”

Mr Pettigrew is a Fellow of the Institution of Mechanical Engineers (IMechE), and was previously Chairman of its ‘Young Members’ board. He has experience in optimising the development of complex systems, enabling clients to deliver superior products on time and to budget.

Plexus Planning founder director Ian Poccachard said: “We went out and recruited Alasdair last year based on his engineering background and his 15 year track-record working with aerospace enterprise-scale organisations; helping them to deliver the most complex products and programmes to plan.”

MBDA has appointed Scott Webster as Chairman of the Board, CEO and Managing Director of its subsidiary MBDA Incorporated.

Mr Webster, who has served on the board of MBDA since 2009, will replace the retiring Jerry Agee.

He is a co-founder of Orbital Sciences Corporation, one of America’s leading space system manufacturers, and has served as Orbital’s head of Business Development, President of its rocket systems division and Chairman of the Board and Chief Executive Officer of its satellite services subsidiary.

Antoine Bouvier, CEO of MBDA, paid tribute to Mr Webster’s outgoing predecessor. “Along with the MBDA Management team, I would like to warmly thank Jerry for his personal commitment, energy and dedication to MBDA,” he said.

Les Hill, managing director of LFH Engineering, specialists in the design and manufacturing of pumps, has been recruited to join the Board of the Scottish Manufacturing Advisory Service (SMAS).

Mr Hill was approached to join the advisory group by economic agency, Scottish Enterprise, after the organisation recognised the impressive success being enjoyed by LFH Engineering.

The company has built a strongreputation for the design, manufacture and supply of diesel engine coolant pumps, providing a range of products for ship propulsion systems, diesel power plants and rail transaction installations.

Mr Hill said: “I am delighted to be joining the SMAS Board and look forward to utilising my own experience within the manufacturing sector to contribute to the group.”

Mr McDonnell has over 10 years of senior logistics industry experience, having previously served in general manager roles at both Wincanton and Hoyer.

Having taken over the GM role following the retirement of Tom Wilson, Mr McDonnell will work closely with the Association’s key stakeholders on policy and campaigning issues.

Chris Thornton of the FTA said of the appointment: “Neil’s experience in the logistics sector and knowledge regarding policy issues both with FTA Ireland and with CILT in Dublin, combined with him having been a  founding member of FTAI, will mean that he will quickly become an invaluable member of the team.” 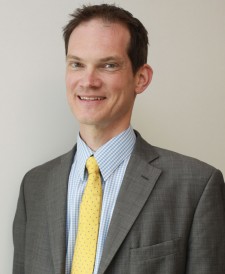 The Manufacturing Advisory Service has appointed Steven Barr as its new national director.

The chartered engineer will be responsible for delivering the MAS service, which provides assistance with strategy, process improvement, innovation and helping firms make the most of their supply chain.

He will also be responsible for leading a team of 80 advisors, who work with SMEs to overcome issues affecting  business growth and ensuring they are in a position to capitalise on new market opportunities.

Stephen Peacock, director at Grant Thornton, said: “This is a powerful addition to our senior management team. Steven has fantastic industry knowledge, great expertise and contacts in key sectors that offer major potential for the manufacturing industry.  His track record of leadership and focus on the customer will be invaluable to the service.”