Manufactures have only one week left to enter TM’s The Manufacturer of the Year Awards and really shine a light on their business’s success.

The Manufacturer of the Year Awards is dedicated to recognising and celebrating industry achievement and highlighting the diversity and strength of UK manufacturing.

The awards aim to spread best practice, inspire others and show the important role UK manufacturing plays in today’s economy.

This year’s awards was launched at the House of Commons on March 3, 2014.

More than 200 senior business leaders turned out for the launch, sponsored by Margot James MP and attended by then Business Minister Michael Fallon.

There are 14 categories open for entries including for the first time, the Exporter of the Year category. 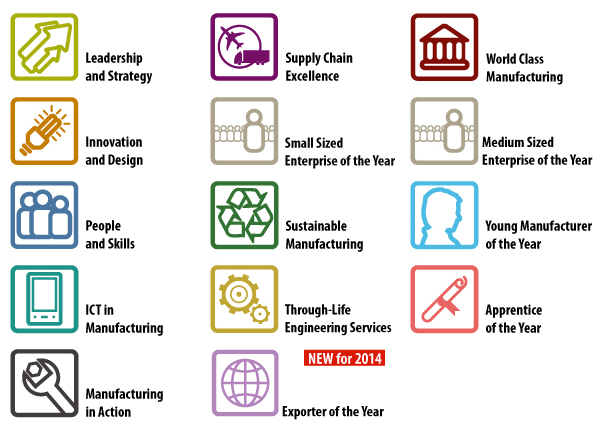 Mike Patton from GE Aviation Wales, the company that took out last year’s overall Manufacturer of the Year Award, said: “I encourage all of you to apply for the manufacturer awards here in 2014 as it is a great honour. We’ve been recognised back in the US as far as what we’ve done here from a GE Aviation Wales standpoint. It’s important that the skills and quality in UK manufacturing gets the recognition it deserves. So I really challenge you all to look at it very hard and put the application in. It’s a great investment that you can make for your company.”