British rocket company Orbex has unveiled the first full-scale prototype of the Prime orbital space rocket on its dedicated launch pad publicly for the first time.

The unveiling of the first of a new generation of European launch vehicles – designed to launch a new category of very small satellites to orbit – represents a major step forward for the British rocket company as it prepares for the first ever vertical rocket launch to orbit from UK soil. Orbex´s Prime rocket is the first ‘micro-launcher’ developed in Europe to reach this stage of technical readiness.

With the first full integration of the Orbex rocket on a launch pad now complete, the company is able to enter a period of integrated testing, allowing dress rehearsals of rocket launches and the development and optimisation of launch procedures. Orbex recently revealed their first test launch platform at a new test facility in Kinloss, a few miles from the company’s headquarters at Forres in Moray, Scotland. 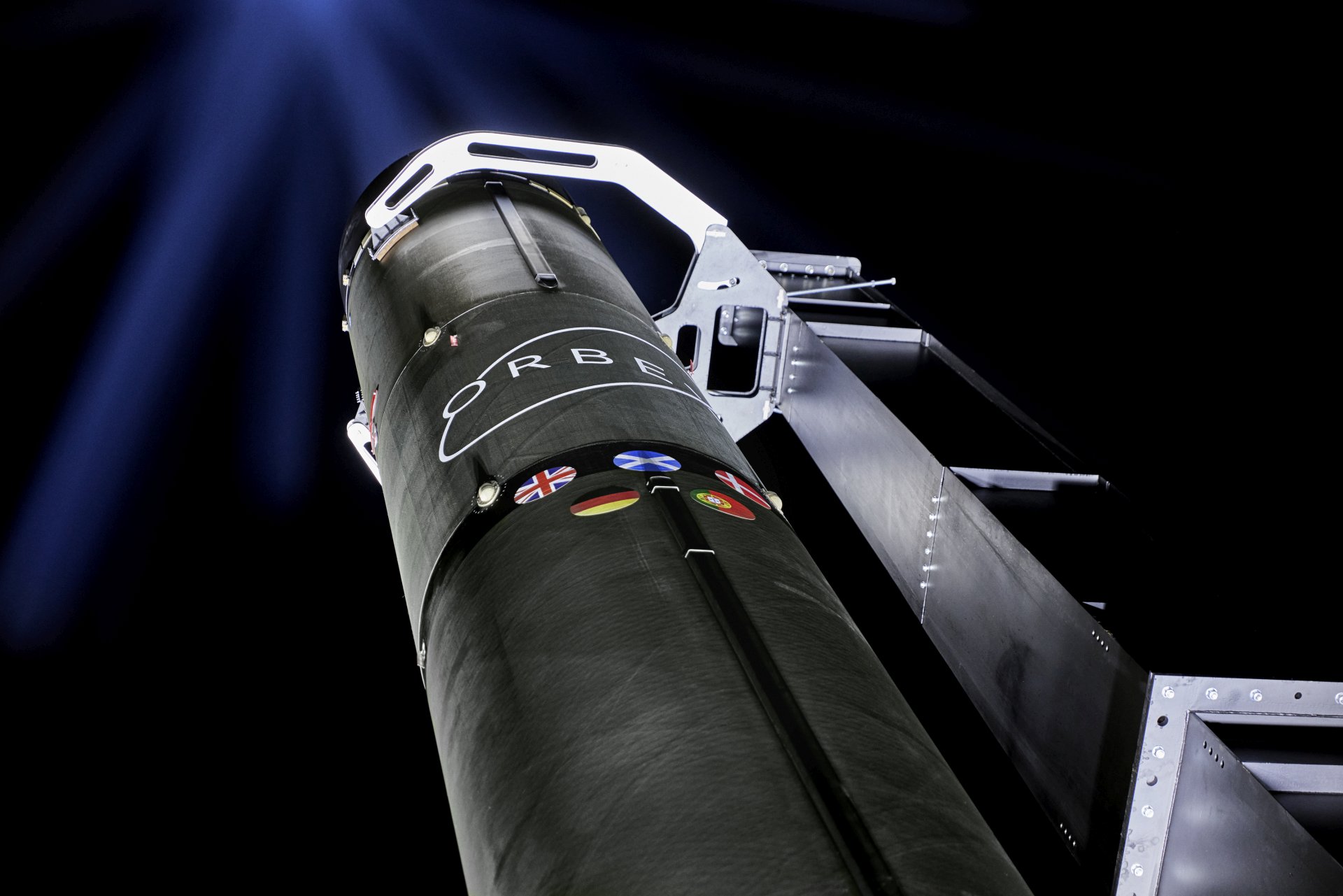 Prime is a 19-metre long, two-stage rocket that is powered by seven engines, that is being designed and manufactured in the UK and Denmark. The six rocket engines on the first stage of the rocket will propel the vehicle through the atmosphere to an altitude of around 80km. The single engine on the second stage of the rocket will complete the journey to Low Earth Orbit (LEO), allowing the release of its payload of small, commercial satellites into Earth’s orbit.

Uniquely, Orbex Prime is powered by a renewable bio-fuel, bio-propane, supplied by Calor UK. This fuel allows the rocket to reduce carbon emissions significantly compared to other similarly-sized rockets being developed elsewhere around the world. A study by the University of Exeter showed that a single launch of the Orbex Prime rocket will produce 96 per cent lower carbon emissions than comparable space launch systems using fossil fuels. Prime is also a re-usable rocket which has been engineered to leave zero debris on Earth and in orbit.

The UK is the first European nation to unveil an innovative, lightweight re-usable launcher:

Josef Aschbacher, Director General, European Space Agency (ESA): “I am deeply impressed with the speed at which the Orbex Prime rocket was developed. It is the first full orbital micro-launcher in Europe. But I am equally impressed by the low-carbon footprint technology applied. My sincere congratulations to the whole Orbex team for this impressive achievement.”

Ian Annett, Deputy CEO of the UK Space Agency: “We are on the cusp of an historic moment, with Orbex playing a leading role in generating a brand new launch capability in the UK, while creating opportunities for people and businesses across the country. I can’t wait to see Prime lift off from Space Hub Sutherland.”

UK Science Minister George Freeman: “This is a hugely exciting time for the UK space and satellite sector as we count down to the first satellite launches from UK spaceports. Orbex Prime is a remarkable feat of engineering from a British rocket company, pioneering more sustainable and innovative fuels that cut carbon emissions. It is also fantastic to see Moray-based Orbex creating more high-quality jobs, demonstrating the value of our thriving space sector to support emerging clusters of innovation to help level up the whole of the UK.”

The market for small satellites is increasing rapidly, as a wide range of new small satellite constellations are developed and deployed. Micro-launchers such as Orbex Prime give satellite manufacturers a dedicated launch service, in contrast to larger, ‘rideshare’ launchers, where small satellites are a often a secondary payload, and frequently face significant delays.

Chris Larmour, CEO, Orbex: “This is a major milestone for Orbex and highlights just how far along our development path we now are. From the outside, it might look like an ordinary rocket, but on the inside, Prime is unlike anything else. To deliver the performance and environmental sustainability we wanted from a 21st century rocket we had to innovate in a wide number of areas – low-carbon fuels, fully 3D-printed rocket engines, very lightweight fuel tanks, and a novel, low-mass reusability technology.”

Check out more of our innovation stories here.