Posted on 1 Mar 2021 by James Devonshire

Oshkosh Defense wins $482m USPS contract to produce up to 165,000 Next Generation Delivery Vehicles (NGDVs) over the next decade

The competitively awarded contract, which is initially worth $482m, will see between 50,000 and 165,000 new vehicles delivered over a period of 10 years. It is said to be the most dramatic modernization of USPS’s fleet in 30 years and is part of the Postal Service’s soon-to-be-released 10-year plan to transform it into the preferred delivery service provider for the American public.

Oshkosh Defense will finalize the production design of the NGDV, a purpose-built, right-hand-drive vehicle for mail and package delivery. The new delivery vehicles will be equipped with either zero emission battery electric powertrains or fuel-efficient low-emission internal combustion engines, making the USPS fleet increasingly sustainable. 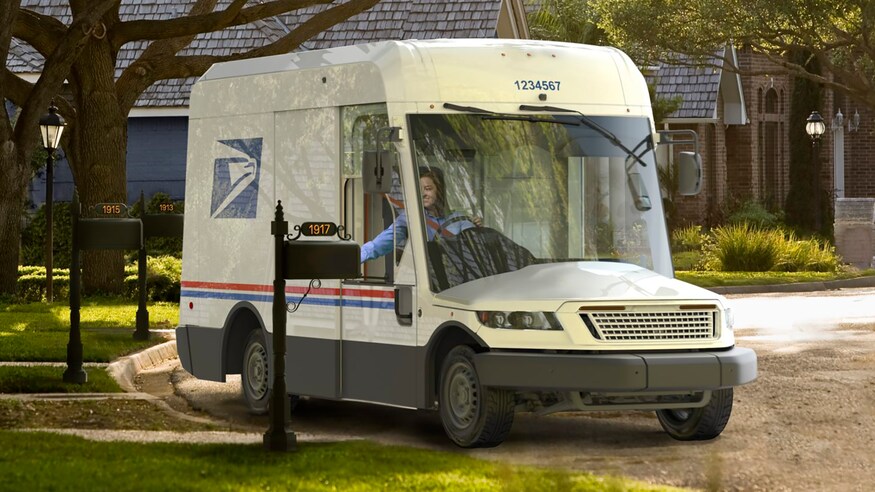 The Oshkosh NGDV is the future of the USPS. Image courtesy of USPS.

The initial investment includes plant tooling and build-out for the US manufacturing facility where the  vehicles will finally be assembled.

“Oshkosh operates with unparalleled commitment to those who depend on our products and services to build, protect and serve communities around the world. We are honored to have been selected by the USPS to support their important work by manufacturing American-made Next Generation Delivery Vehicles that will connect every home and business across the United States for decades to come,” said John Pfeifer, President & Chief Operating Officer, Oshkosh Corporation.

The contract is the first part of a multi-billion-dollar 10-year effort to replace the Postal Service’s delivery vehicle fleet. Comprising more than 230,000 vehicles in every class, including both purpose-built and commercial-off-the-shelf (COTS) vehicles, the USPS fleet is one of the world’s largest.

The NGDV, along with other COTS vehicles, will replace and expand the current fleet of delivery vehicles, many of which been in service for 30 years.

The first NGDVs are estimated to appear on carrier routes in 2023.

“As the American institution that binds our country together, the U.S. Postal Service can have a bright and modern future if we make investments today that position us for excellence tomorrow,” said Postmaster General and USPS Chief Executive Officer Louis DeJoy. “The NGDV program expands our capacity for handling more package volume and supports our carriers with cleaner and more efficient technologies, more amenities, and greater comfort and security as they deliver every day on behalf of the American people.”