Posted on 2 Jul 2019 by Jonny Williamson

Understanding what makes your workforce tick and what make them strive for excellence is vital for any business wanting to generate significant improvements in throughput, efficiency and staff retention.

Manufacturers – particularly those in the UK – have long relied on people to fuel their growth, but that fuel supply is in danger of drying up.

Businesses face a trio workforce of challenges: evolving job requirements, aging employees with deep process understanding retiring from the workforce, and a lack of new blood entering the industry.

There is no single or short-term fix to overcome these profound demographic changes, but there are some key areas where manufacturers can better prepare their operations and empower their workers to adjust to the challenges ahead.

This was the focus of a roundtable discussion at the recent Manufacturing Innovation Summit, hosted by Mark Hughes – regional vice president of UK&I for Epicor.

Technology can overcome many of the issues businesses face, but several delegates voiced concerns over the pace of adoption in their organisations citing a lack of coordination and communication as to what was being brought in, who would be affected and when.

This wasn’t an issue for some of the other manufactures represented who had yet to gain buy-in from their board to explore the benefits of digital transformation, let alone taking tangible steps towards investments.

A couple of delegates noted that board members are typically middle aged or older, and therefore may not be as receptive as younger employees as to the opportunities technology offers.

Other senior members of the group within that age bracket described that thinking as merely “an excuse that often reflected deeper organisational or cultural issues”.

“Businesses have traditionally looked outside their four walls for growth, but today’s peculiar trading environment has led many to start looking internally. Many of these explorations are focusing on digitalising their processes and upgrading their existing systems,” noted Hughes.

One manufacturing plant manager noted how the installation of a new digital OEE system had caused some friction with workers, many of which expressed concerns about being continuously monitored and judged accordingly.

To overcome the friction, the manager had team leaders and supervisors clearly communicate why the system was being integrated and the benefits it would bring to the business and its workforce, such as decreased downtime, increased throughput and KPIs being achieved and rewarded.

His positive experience would appear to echo the opinions of broader industry, with 91% of executives believing that new digital systems and technologies will enable staff to work smarter and be more engaged, according to the Annual Manufacturing Report 2019.

With the rise of big data analytics and the need for data-driven decision-making, many businesses are under the impression they need highly skilled – and expensive – data scientists and/or data engineers.

That isn’t necessarily true as many of the systems available are user-friendly, intuitive and automated – increasingly so, thanks to artificial intelligence and machine learning. But that doesn’t mean digital skills aren’t required.

The table agreed that rather than on acquiring a handful of very competent individuals, a better use of resource would be to create a base foundational layer of digital competency across the organisation.

One where all employees are familiar with the systems being used, collecting and manipulating data, report generation, simple diagnostics and other tasks that aren’t necessarily high level, but are relevant to their role.

One manufacturer represented had seen success by pairing up those who were resistant or hesitant towards technology with employees who were ‘digital natives’ and/or highly engaged and excited about learning what’s possible.

“Change is hard, and it takes time to adapt and overcome initial resistance; but in a nutshell, what we’ve done is partner those will with those who won’t. Crucially, those who see and experience the benefits become the biggest advocates for change.”

To conclude the session, there table unanimously agreed that those businesses who invest in creating a skilled and agile workforce that can successfully adopt new technologies will be better equipped for the future – whatever it may bring.

HAVE YOU DOWNLOADED EPICOR’S LATEST EBOOK?

Three Sure Ways to Get Your Factory Fit for the Future 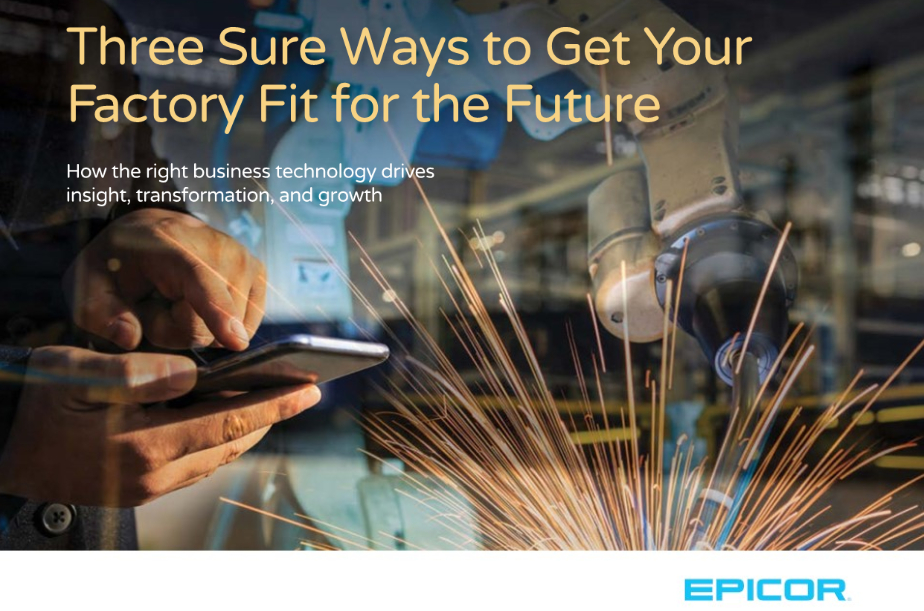 Behind the scenes of the world’s leading manufacturers, a profound digital transformation is now underway.

As with any profound transformation, the opportunities for competitive advantage and growth are enormous, but so are the challenges.

This eBook will help you answer these critical questions.