Posted on 1 Aug 2016 by Jonny Williamson

Purchasing activity within the UK’s industrial sector has contracted to its lowest level since February 2013, according to the latest Markit/CIPS Purchasing Managers’ Index (PMI). 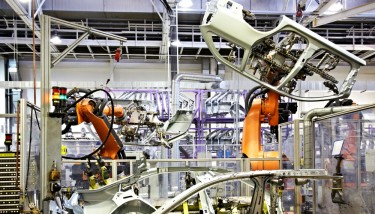 The wide reaching effects of the UK’s decision to leave the European Union on June 23 are seen as the primary cause behind July’s score of 48.2 – down from both the earlier flash estimate of 49.1 and the 52.4 in June.

According to Markit/CIPS, this is only the second time since early-2013 that the PMI has fallen below the neutral growth mark 50.0 level.

On a more positive note, the level of incoming new export orders in UK manufacturing rose for the second successive month in July; reportedly aided by the recent depreciation of the sterling exchange rate and associated efforts to secure new contracts.

Worryingly, industry employment fell for the seventh consecutive month in July, attributed to the contractions in output and new orders. Those surveyed also pointed to “natural wastage; restructuring, redundancies and outsourcing.”

Employment is predicted to continue to dip over the coming months resulting from “weaker inflows of new work and declining volumes of outstanding business.”

Senior economist at Markit, Rob Dobson commented: ““The downturn was felt across industry, with output scaled back across firms of all sizes and across the consumer, intermediate and investment goods sectors, although exporters did report a boost from the weaker pound.

“However, the improvement in exports was less marked than previously estimated, blamed in part on sluggish overseas demand. The downside of the currency was an upsurge in input price inflation to a five-year high on the back of rising import costs.

“The weakening order book trend and upswing in cost inflation point to further near-term pain for manufacturers. On that score, the weak numbers provide powerful arguments for swift policy action to avert the downturn becoming more embedded and help to hopefully play a part in restoring confidence and driving a swift recovery.”

Dave Atkinson, head of manufacturing at Lloyds Bank Commercial Banking, said: “It will come as no surprise that manufacturers have put growth plans on hold following the vote to leave the EU, as firms watch closely to see how the landscape could change in the coming months.

“Manufacturing has never been more important to the success and growth of the British economy, and the potential development of an industrial strategy could prove significant in providing additional support to the supply chain.

“As firms navigate through this uncertainty continued support is vital, and we will work closely with manufacturers to ensure they maintain their competitive position in domestic and global marketplaces.”

Mike Rigby, head of manufacturing at Barclays, noted: “These disappointing figures would indicate that the uncertainty deterring manufacturers from making vital investment decisions prior to the EU referendum has taken a stranglehold since the vote and we can expect to see businesses continuing to protect cash and guard investment.

“Such caution is of course understandable and encouragingly the expected rise in exports, given the weaker state of sterling, is materialising, but with growth in the sector being very hard-earned, manufacturers will want clarity on what post-Brexit means for their industry sooner rather than later.”

Justin Benson, director in KPMG’s manufacturing practice, said: “There was some good news in and amongst the PMI figures for UK manufacturing.

“The level of incoming new export orders in the sector rose for the second successive month in July, aided by both the recent depreciation of the sterling exchange rate and efforts by companies to secure new contracts. However, businesses need to keep an eye out for increased costs coming through towards the end of the year, as the cost of imported components for manufacture start to rise.

“The PMI figures also show that uncertainty following the EU referendum has caused a reduction in confidence, which has led to some businesses putting a hold on recruitment. With order books contracting, manufacturing businesses of all types need to prepare for what this means for them.”