The concept of rapid prototyping is becoming a standard across many industries, as engineers, builders, and makers of all types look for new ways to bring their ideas to life and solve problems quickly. 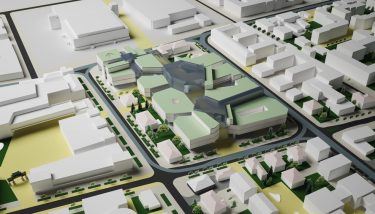 However, one area where it is gaining momentum at unprecedented rates is within the construction industry.

Rapid prototyping first began to gain prevalence in construction during the late 1980s, with the development of the StereoLithography Apparatus-One (SLA-1) machine, which was able to render 3-D CAD data into parts or models using a liquid plastic. In the 30 years since, the development of additional technologies, including laser cutting machines, have made it possible to build prototypes — and even actual structures — quickly and inexpensively.

The uses of prototyping in construction

When most of us think of construction projects, we think of teams of contractors bringing a two- dimensional plan to life. While that’s still certainly an aspect of construction, 3-D modeling and prototyping has become a part of the process at various stages of construction as well.

For starters, the initial development of this type of modeling was designed to help architects and architecture students to bring their designs to life and provide a more accurate representation of their ideas. Not only does a 3-D model help those who may have trouble interpreting and visualizing a 2-D drawing, but moving the design from the computer screen or paper to an actual model can reveal potential problems within the design and give designers the opportunity to correct them before they become expensive delays. In addition, a prototype model provides a detailed guide for construction, allowing for better planning and scheduling of the actual building. 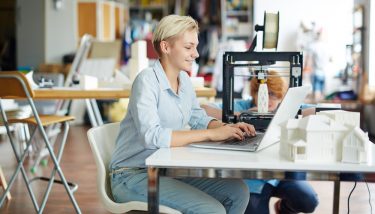 Rapid prototyping has other applications within the construction industry, though, primarily in the areas of new product development and automated construction. Most manufacturers of construction equipment and materials realize that their products have a five- to seven-year life span before they are replaced by more technologically advanced products.

Therefore, it’s vital that products are developed and introduced to the market as quickly as possible; the longer it takes to reach the market, the shorter the usable life span of that product.

Rapid prototyping allows manufacturers to develop and test products quickly, making adjustments and solving issues throughout the process. Rather than perfecting the product on paper and then running tests, only to discover fundamental flaws that set back the entire process, rapid prototypes allow for comparatively quick development and testing. Using advanced technology like laser cutters and 3-D printers, new iterations of a product can often be created within a matter of hours, shortening the time to market for a new product to a matter of weeks — rather than months or even years.

Rapid prototyping is also contributing to the rise of rapid construction. The industry is beginning to shift to a more mass-produced concept of construction, in which components are developed off site and then pieced together in various configurations, like a puzzle.  There is a great deal of experimentation taking place in which different components are being developed using 3-D printing and other techniques, creating prototypes of various structures. The result is the potential for a skyscraper to be constructed in a matter of weeks, rather than years, using manufactured components.

The StereoLithography Apparatus-One (SLA-1) was only the beginning of the technology revolution and rapid prototyping in construction. The rise of 3-D printing has also proven to be a boon to this methodology, as well as the growth and development of laser cutting. For example, some laser cutters are now equipped with a modular architecture that provides unlimited configurations, allowing manufacturers and designers maximum flexibility for the best possible results.

Other developments, such as the ability for one machine to quickly cut multiple materials, automated, event-driven interfaces that allow for multiple device and system controls, and simpler user interfaces that increase efficiency and productivity are also making it easier than ever for the construction industry to create prototypes and increase innovation.

As the concept of rapid prototyping, particularly in the manufacturing and automation aspects of construction, continues to gain traction, it’s likely that the entire industry will evolve and become faster and more technology-driven, without losing creativity and originality.