If you are involved with, or simply interested in the world of automotive R&D then you will have probably heard of Ricardo, but away from that somewhat specialised environment it is remarkable how few people know much about the company, or have even heard of it. And it’s not as if it’s a small, recently formed enterprise.

It employs nearly 3,000 people in the UK, US, China, Japan, Germany and the Czech Republic, has a turnover of £330m and celebrated its centenary in 2015. Whatever the reason for its low profile, it’s certainly not a reflection of the company’s reputation for world-leading engineering and innovation.

Founded by Harry Ricardo in Shorehamby-Sea in Sussex, the company has been at the cutting-edge of engine design, especially focused on performance and efficiency, for just over 100 years. In fact, it was a Ricardo design – the 1915 Mark V tank engine – that was Britain’s first mass-produced internal combustion engine.

Important developments in diesel engines, close collaboration with Rolls- Royce and the invention of combustion chamber photography are just a very few of the notable contributions this fascinating company has produced.

Nowadays, much of Ricardo’s work is still engine-related, but it has diversified into technical and environmental consultancy, software development and niche manufacturing. The latter neatly demonstrates the flexibility of Ricardo.

On the one hand they manufacture the gearbox for the world’s fastest street-legal production car from Bugatti. On the other, they designed, developed and built many of the British Army’s Foxhound specialist light patrol vehicles, produced to protect soldiers from roadside bombs and IEDs.

Chalk and cheese designs, but both are highly successful Ricardo products. So, when it was suggested that I visit Ricardo’s Shoreham facility I naturally jumped at the chance. I knew the visit would be fascinating, but I really had no idea just how much varied and interesting work is carried out there.

A site tour with Andrew de Vries, head of testing in the engine group, covered fundamental test cell research, acoustic analysis and the world’s  most advanced vehicle emissions analysis centre. It was very impressive, but the highlight of my visit was dedicated to Ricardo’s purpose-built facility for manufacturing the engines for McLaren Automotive’s supercars.

I was given a guided tour of the engine production facility by Jason March, director of McLaren programmes. He started by explaining that, “We supply all of McLaren’s road car   engines, and have done so since 2011 when the latest generation of cars was released. In 2009, McLaren asked us to develop what was then a very early concept engine into a production-ready and durable product. So, we set about producing both the engineering programme to develop the engine and the in-house manufacturing facility to assemble it.

“The line at the production facility is made of three distinct areas: cylinder head sub assembly, main line and end-of-line test. Ricardo designed all the tooling and jigs. It currently produces around 100 units a week, although it has the capacity for 110. It needs to be flexible because it has to produce a variety of McLaren models, including the 570S, 570GT and the 720S engine types,” March continued.

The latter is a brand new engine that had been launched in Geneva the same week I visited, meaning I was lucky enough to be the first outsider to see it being assembled. The ability to handle growth was built into the production facility from day one.

Ricardo started with a capacity of 45 units per week and despite more than doubling its output, it has managed to keep the fundamental layout of the line the same. Additional capacity was enabled with a move to double shifts and by building a logistics centre for handling all their material needs.

But it’s not just a question of volume. Since the original MP4C engine model first left the facility, the engines have become more complex and there are more varieties on the line. A McLaren engine is now assembled from around 250 components. To enter the line, each component is barcode scanned, enabling the line to not just audit usage but control what goes where, when it is used, and the fine details of the processes used by the line team members to build it into an engine.

On the main assembly line, there are 10 stations dedicated to different assembly processes. Each station has a control computer that instructs team member which operation to perform next and then receives data from that operator after tasks have been completed.

The assembly tooling is intelligent and Wi-Fi connected; it can log the torques applied to bolts, and even the angle of rotation of each fixing as it is applied to the block. Later, if there is an issue in the field with a particular fastener then it can be traced back to not just a batch of bolts, but how and when it was installed.

“The whole philosophy of the build is a ‘no-faults-forward’ approach,” March explained. It is a continuous process of build-check, build-check. The checks involved range from simple – but vital – assembler inspection to bespoke optical systems checking that parts are present and fitted properly.

When pipework is added, pressure tests check each and every seal. The latest check feature added is for the 720S engine. A camera is used to ensure that a special exhaust manifold gasket is correctly seated.

When a fault is detected it is checked by a team leader and if it can’t be fixed in a pre-defined time then the engine is taken off-line for further testing and inspection. There is a defect tracking system at three points along the line, and any faults that are found are logged, even if they have been rectified immediately.

Every single issue is noted, and tallies are reviewed daily and weekly. A defect obviously includes any major issues, but it could be simply a cable tie being cut incorrectly – that is the level of detail recorded, analysed and acted on.

Ricardo makes great use of ‘poka-yoke’ (Japanese for ‘mistake proofing’) which helps eliminate operator error by ensuring parts or fixings cannot be fitted in the wrong place. It is essentially a square-peg-round-hole system that alerts a team member to a possible error by aiming to make it impossible to fit a part in the wrong place or use the wrong tool or fastener.

Despite the impressive level of carefully designed assembly routes and protocols there is still room for the kind of performance tuning that one expects from the engine of a car that can cost up to £2m. For example, the critical clearances between the camshaft and the valves are individually hand-tuned using 40 different grades of shim, each differing in thickness by just six microns.

Once an engine has been fully assembled it goes to the end-of-line test facility, where it is run up to full power for 20 minutes. Even the test-bed process is optimised for fast operation. All connections, from fuel and oil to exhaust are quick release, enabling 40 minute turnarounds, including the 20-minuterun.

It’s an impressive sight: the exhaust system of a McLaren engine under full power glows red hot. (I was told later that true to the company’s efficiency-oriented ethos, the dynamometer that tests the engines recycles all generated electricity back into the site.)

Once an engine has cooled down it goes through a 110-point pre-delivery inspection system to check it is clean, cables and hoses are routed correctly and all covers are properly in place. It’s a very slick operation, combining state-of-the-art engineering with intelligent assembly guidance systems. But, at the heart of each station are the assembly team members.

I asked March about training, and he explained that, “They come from BTEC courses, and each team member takes two weeks on their first station, then two days on each later station. They get moved around, so that they can tackle any operation needed to assemble an engine based on a skills matrix.

“It generally takes a year to fully acquire all the processes. Once they’ve mastered engine construction then they often move on to prototype building and testing. We have a good track record in moving staff on to new areas and helping them acquire additional skills.”

The Ricardo-built McLaren engines are very unusual from a component supply perspective. They are supplied as a fully warranted product. “We are one of the few suppliers that doesn’t have a quality check at McLaren; they rely on us and the procedures that we have here to ensure that the product arrives in a fully signed-off condition, ready to go straight into the vehicle,” March said.

The reliability of an engine is mission-critical to any car, but for a supercar manufacturer it really is the raison d’être of the whole enterprise. Ricardo’s ability to supply an engine that needs no further testing speaks volumes about the care and high quality manufacturing it provides.

Value added, imaginative and creative – when you visit companies like Ricardo you appreciate just what the very best of British manufacturing can achieve. 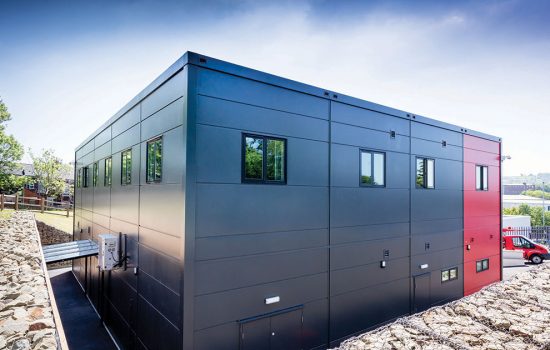 Almost 60 years of supporting businesses – Portakabin was ready to help 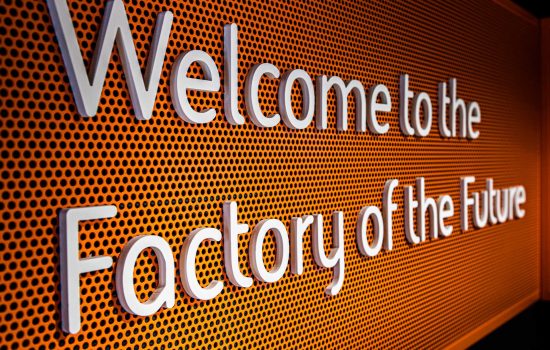