Rise of the British start up

When thinking of start-ups, the image of tanned Ivy League dropouts developing complicated pieces of software from their unconventional Californian workspaces often springs to mind. But the reality of launching a business – big or small – from scratch can be very different, as is often the case with those starting up manufacturing in the UK. Rita Lobo examines the challenges of taking the first steps in manufacturing.

Britain is a nation of big ideas when it comes to designing and developing new products, but over the past couple of decades manufacturing has dropped from 17% of national GDP in 1995 to just under 10% today (World Bank and OECD National Accounts data). And as the sector contracts, so does the number of new entrants in the field. Yet, manufacturing start ups face even greater challenges than other new starts.

They have the explicit aim of scaling up very quickly, because to do otherwise will doom them to fail, and that means taking on much more risk from the very beginning. They need to invest in space, machinery and, more often than not, staff.

“It is a very costly and time consuming process to launch a business in most sectors, but especially in manufacturing.” Says Malcolm Harold from the Knowledge Transfer Network (KTN), an organisation that helps new ideas with expertise, markets and finance through a network of businesses, universities, funders and investors.

Though the British shores can be a far cry from the warm climes of California, there is no shortage of great ideas or entrepreneurial spirit here. “Britain might not be the easiest place in the world to start out, but nevertheless, it is a very good environment,” says Harold.

“Manufacturing is very broad; if you’re looking at setting up a new company going into an existing supply chain it may be a little tougher, but if you’re looking at a new company being very creative, then maybe that’s a little bit easier, particularly in new sectors or a high growth sector – there are more opportunities where there’s no long-established supply chain.”

The discourse around start ups seems to enshrine that a ‘good idea’ is all it takes to reach success, but in manufacturing launching a start up will necessarily be more complicated. 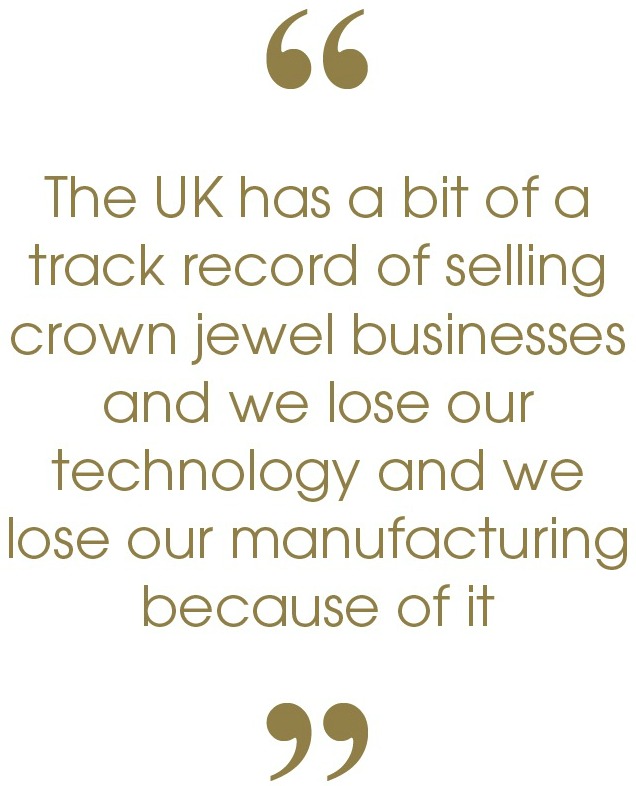 Drive and commitment are also important, but ultimately, a profound understanding of the market, the demand for the product and the supply chain will also be pivotal. It’s a far cry from those cool urban tech start ups, where all a budding entrepreneur needs is a computer and internet connection.

When a heritage terracotta and sink business in Lancashire closed its terracotta arm to focus on selling sinks to Americans, former employees Steve Allen and Jon Wilson saw an opportunity. They decided to relaunch the terracotta business completely independently from the old Victorian enterprise that operated before.

Producing terracotta tiles is very labour intensive and requires an enormous amount of factory space and bespoke machinery. “We were flying by the seat of our pants, really,” says Allen. “We found support from the local council, and they gave us a grant towards the purchase of the kiln.”

The rest of the money came from a private investor, only discovered with much difficulty. Darwen Terracotta has invested in design and brought a very traditional terracotta manufacturing operation into the 21st century, and achieved a turnover of £1m in its first year. It saw a gap in the market, had a great idea, and the wherewithal to resurrect a struggling heritage industry.

Since its launch in late 2015, Darwen Terracotta has managed to re-employ around 32 of the original 40 staff, and expects turnover to double in the next two years. It has ordered a second kiln.

Councils and the UK government play a pivotal role in helping people like Allen to get their projects off the ground. “Government support is absolutely crucial and there is a lot of it out there,” explains Harold. However, it can be a tricky landscape to navigate.

There are grants and support available from local councils and other central government initiatives, but they are often fairly restrictive – confined to regions or specific products. Other support is out there too; for example, the Horizon 2020 SME Instrument, which looks at Brexit and how to support companies through the looming uncertainty.

There is also support in the shape of Innovate UK, which has devised a series of competitions for grants for start ups and SMEs, which run twice a year and include manufacturing briefs. European funding is also available – for now, anyway.

Not every start up will qualify for government support, and the process can be complicated. However, university incubators, networking organisations such as KTN, or research and development partners like The Institute for Advanced Manufacturing and Engineering (AME) are very well placed to help start ups progress.

Many aspiring manufacturers who still find themselves in the pre-start up phase of their business often find that a good idea and market demand don’t necessarily take them as far as they had hoped.

“One of the issues with the manufacturing sector is that it’s very capital intensive, so if you’re going to be setting up as a manufacturer you’ll need a lot of money,” explains Carl Perrin, from AME, a research, development and educational organisation based on a collaboration between Coventry University and Unipart Manufacturing Group.

“You end up with a chicken-and-egg situation, where to make significant investment to build capacity in new technology or expand capacity there needs to be the guarantee of an order – but of course a customer wants to see a stable supplier. We need to de-risk the funding process.” 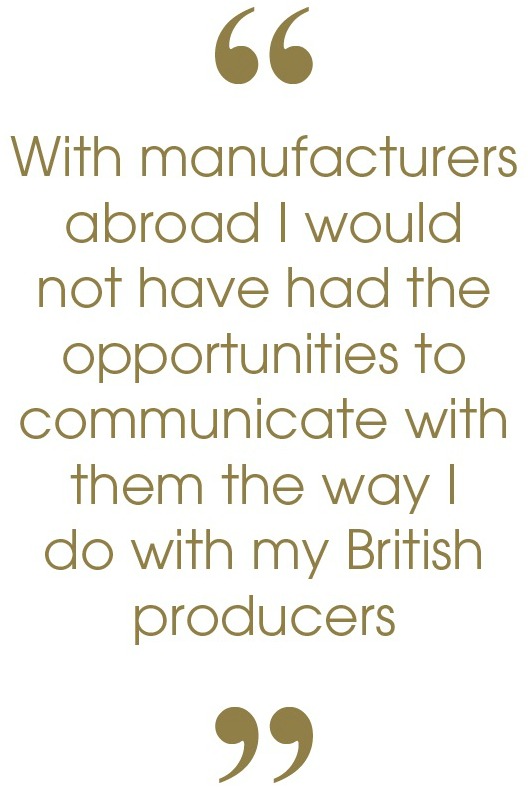 Finding financing can be the stumbling block where so many pre-start ups fall. “People need to consider what they want out of a business, so the financing and progression can be worked into a business plan,” says Harold.

“If they want to grow it to sell it, then considering external funding or venture capital (VC) might be a good idea. But if they want the business to be a long-term, family project then VC funding might be a little less suitable.”

And there is always the temptation to sell up, once the project is in place. In fact, that is the ambition for a lot of start ups. “Some people are serial entrepreneurs,” Malcolm Harold from the KTN adds.

“They will work to create a technology then sell it in order to work on a different technology, drive it forward and sell it on again. That’s great too. People need to understand where their strengths are and what they’re trying to achieve.”

It’s not always so positive, though. Perrin, from AME, thinks we need to understand why entrepreneurs might be so keen to sell up, rather than see the development of the start up as the end goal. “The UK has a bit of a track record of selling crown jewel businesses, and we lose our technology and we lose our manufacturing because of it,” he explains.

“We should find ways of supporting small businesses to keep them growing rather than selling on. We need to maintain them in the UK. When a small business is grown and nurtured, it is so much more than just that individual with their company. It’s all about valuing business-ownership and supporting it, across the board, from funding for equipment or support for research and technology development, through to business tax.”

However, developments in the investment side have been allowing entrepreneurs to take greater ownership of their projects prior to launch. With the rise of new solutions like crowdfunding and peer-to peer lending, many small or unconventional start ups are finding opportunities without having to sacrifice their vision or curb their expectations.

A quick browse through the ‘funded projects’ page on popular crowdfunding sites reveals scores of successful small and medium-sized businesses that started out by relying on the interest of strangers to fund their launch and growth.

Though some, like Harold, are not convinced crowdfunding is the revolutionary funding breakthrough many companies need. “A good idea has to be something which is marketable, and to a degree you can define that market and how confident you are that people are going to buy it.

“Crowdfunding can help, and going through that process will give you more information and feedback and help the marketing of the product. Does it change the fact that it’s a good idea or not, and whether there is a market for that product? I’m not sure.”

Increasingly, businesses have been keen to join the ‘Best of British’ movement and manufacturer their goods in the UK. Bianca Miller is the CEO of Bianca Miller London (BML), a bespoke hosiery manufacturer and retailer who appeared on the BBC business show The Apprentice in 2014.

She considered manufacturing her tights and stockings in the Far East, but ultimately chose the flexibility her British producer offered. “I looked at manufacturers abroad, but I always felt BML was very much a British brand,” says Miller.

“With manufacturers abroad I would not have had the opportunities to communicate with them the way I do with my British producers. In part, it was because of a language barrier, but I am also able to jump on a train and visit the factory if I need to. I looked at the unit price point also, and by manufacturing in Britain the order quantity requirements were significantly lower.” So Bianca Miller London was able to start small and then scale up.

Miller missed out at the end of The Apprentice, and didn’t get any financing from Lord Sugar, though she decided to self-fund and launch her brand anyway. It was a steep learning curve, as Miller’s background was in business, not manufacturing and retail. “I went into it with my business mind, but also with a customer-focused mindset”. Today, Bianca Miller London produces around 8,000 pairs of tights and stockings annually, and retails in outfits like Topshop in Britain and internationally.

The development of new technology has increasingly allowed businesses like Miller’s to produce in the UK where they might have previously gone abroad. “Industry 4.0 will change the way we think of manufacturing,” says AME’s Perrin. “It will make us realise that manufacturing is much broader than just making cars or airplanes. It’s about bringing a new set of tools and techniques to manage data, connect ourselves and look at servitization models to improve the productivity of what we do.”

According to Perrin, if the industry can achieve that, there will be opportunities to return manufacturing to the UK by increasing productivity and competition against the lower-cost economies. “There are opportunities there, but of course with every opportunity if you don’t get it right it can turn in the other direction,” he warns.

Start ups have a huge role to play in the modernising of UK industry, by developing and innovating the new technology that will lead the transformation. “There’s a strong commitment to it. The industrial strategy that we’ll see come out later this year will have a massive technology component and there will be funding available to address the issue of innovating with technology and deploying technology throughout our businesses,” explains Perrin.

“It’s not an easy path,” says Harold. “Which is why you need people with a dogged determination. Can you teach innovation, or entrepreneurship? You can only really support it. The path to start up success is riddled with pitfalls and challenges, but it can be rewarding and lucrative.

The challenges of start ups go beyond just starting a business,” says Perrin. “Once it’s launched the job is not done. Then it’s about how you survive and scale up and grow it to the next step. The job is never done, start ups are only the very beginning.”