An autonomous dolly that moves bags from planes to luggage halls has been developed and trialled at Heathrow Airport by Britain’s self-driving vehicle specialist Aurrigo.

Coventry-based manufacturer Aurrigo was asked by International Airlines Group (IAG) to use its driverless expertise to develop the world’s first autonomous and electric baggage carrying solution.

The trial began in March and has seen an existing dolly converted using LIDAR and GPS technology into a self-driving vehicle, which promises to reduce the chaotic nature of airports by increasing the speed of loading and unloading bags.

Working with British Airways (BA), the adapted dolly has been moving around Terminal 5 at Heathrow Airport.

Designed, developed and manufactured at Aurrigo’s advanced engineering centre, the firm will now embark on a project for the wider aviation industry to retrofit existing dollies and make them self-driving.

“Until you have seen it first-hand, it’s difficult to explain how big an operation it is moving bags around an airport. In Terminal 5 alone, BA operates around 900 dollies,” said Richard Fairchild, operations director at Aurrigo.

“The current method is to have one manually driven tug towing three dollies behind. It can’t move until they are all full, which means there are a lot of empty dollies waiting around,” he adds.

A self-driving dolly can move on its own and doesn’t need to wait for any other one to be loaded, providing a faster and more flexible loading process.

“Innovative airlines like BA can see this as a way of leading the charge in the aviation industry,” Aurrigo’s Miles Garner tells The Manufacturer. “Other airlines will adopt similar trials in years to come.”

A key benefit of a self-driving dolly is improved safety, “Airports are busy places with lots of people and luggage. If items are with an autonomous dolly then everything can be accounted for more easily and it is a safer environment. You can reduce the amount of accidents that happen significantly,” Garner adds.

The trial comes after Aurrigo used its autonomous Pod Zeros to play the largest role in the first ever connected vehicle demonstration last year. The four-seater pods took passengers from their starting point to their destination autonomously.

Alongside the airport dolly and the pods, self-driving solutions can be used in many other applications. “Car parking is one use of self-driving technology and I know the military use a certain level of it too. Certainly, in the military this could be scaled up further to move equipment around in dangerous situations,” Garner says.

On the move toward self-driving cars, Garner adds, “There will be more testing and more cars coming out with higher levels of autonomy. Comparatively, we work in low speed and controlled environments like campuses, which means that our autonomous solutions will be quicker to rollout than self-driving cars.” 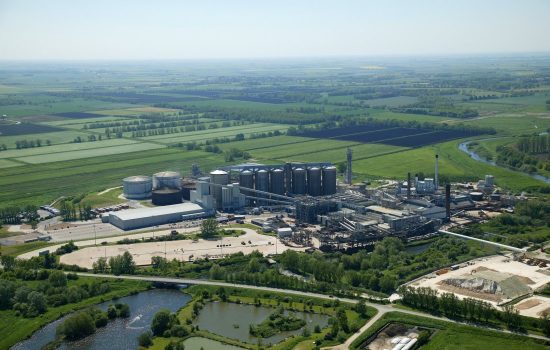