Siemens has appointed Sarah Black-Smith as General Manager of its Motion Control business in the UK.

Sarah takes on the role after a successful run as Head of Factory Operations at Siemens’ Congleton factory where she was responsible for all production, lean operations and the Engineering teams.

The appointment further underlines Siemens’ commitment to strengthening gender equality across the organisation and its drive to increase the number of women in engineering. In 2021 half of graduates and 42% of intern recruits were women. 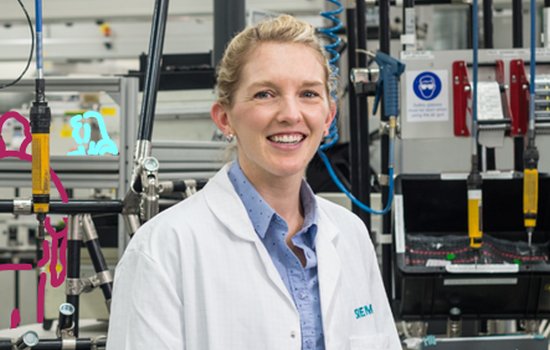 Brian Holliday, Managing Director, Siemens Digital Industries UK & Ireland, said: “We are proud to announce Sarah as head of Motion Control, a key business in our holistic offering to industry and manufacturing. She brings immense experience to this role and a manufacturer’s knowledge that will hold her in good stead to work with our customers.

“Women are certainly making a mark in engineering and we at Siemens are continuously working toward employing females in this sector. Whilst there are many challenges including gender parity, our strong foundations to mitigate these hurdles will in the long term show the results.”

Sarah’s career with Siemens spans almost 20 years. She holds a BEng in Manufacturing Engineering and Management from Loughborough University and an MSc in Operations

Excellence from Cranfield University. Sarah was in a placement at Alstom Power when it was sold to Siemens in 2003. Siemens then sponsored Sarah’s final year, taking her on as a young graduate joining as a Lean Implementer in Lincoln in 2004 progressing to Manufacturing Manager in 2010.

When a new opportunity was presented to her, she moved to the Northwest to work as a Production Manager at Siemens’ Congleton factory. Sarah subsequently became Head of Manufacturing in 2014 and Head of Factory Operations in 2016, a post she held until now.

In September Sarah was made Fellow of the Institution of Mechanical Engineers and is a Fellow of the Chartered Management Institute.

Commenting on her appointment, Sarah Black-Smith said: “In my new role as General Manager of the Motion Control division I will be responsible for growing the business and increase our strategic positioning in the UK industry.

“Most importantly I’m looking forward to working as a team with other General Managers of Siemens’ businesses and our Sales teams to promote digital industries. At the end of the day, we need to work together to deliver value for our Customers.”

Having been responsible for producing more than one million drives and controls per year at the Siemens Congleton factory, Sarah understands first-hand the challenges manufacturers face, including labour shortages and supply chain disruptions, so is well equipped to deal with Siemens’ manufacturing customers.

“While I’ll be focussed on order intake and revenue, I’m hard wired into manufacturing where safety, sustainability, quality, cost and delivery are top priority,” added Sarah. “These metrics will take me a long way in understanding customers’ requirements.”

Sarah continues to inspire not just young female apprentices and recruits but also her male counterparts and new joiners.

“It’s great to be able to offer advice, to coach where they want coaching and sometimes just to chat about something where they’re having a challenge,” she said. “I’ve been approachable to both male and female mentees over the years, and I will continue doing this in my new role. It brings me great satisfaction.”