Skilling up for smarter factory innovation

Posted on 5 Oct 2021 by The Manufacturer

Fleur Doidge investigates how manufacturers in the UK can acquire the IT and digital skillsets that drive innovation in the 'smarter factory.'

High-end IT skills are in demand, from artificial intelligence (AI) and data science, to programming for software development, and manufacturers must compete to receive their share.

As Hizmy Hassen, chief digital officer of manufacturer Apollo Tyres confirms, most manufacturing machinery is already able to collect and communicate with data to derive competitive advantage – making the ‘dire’ lack of digital skillsets a key challenge in plants originally designed for low levels of digitisation. 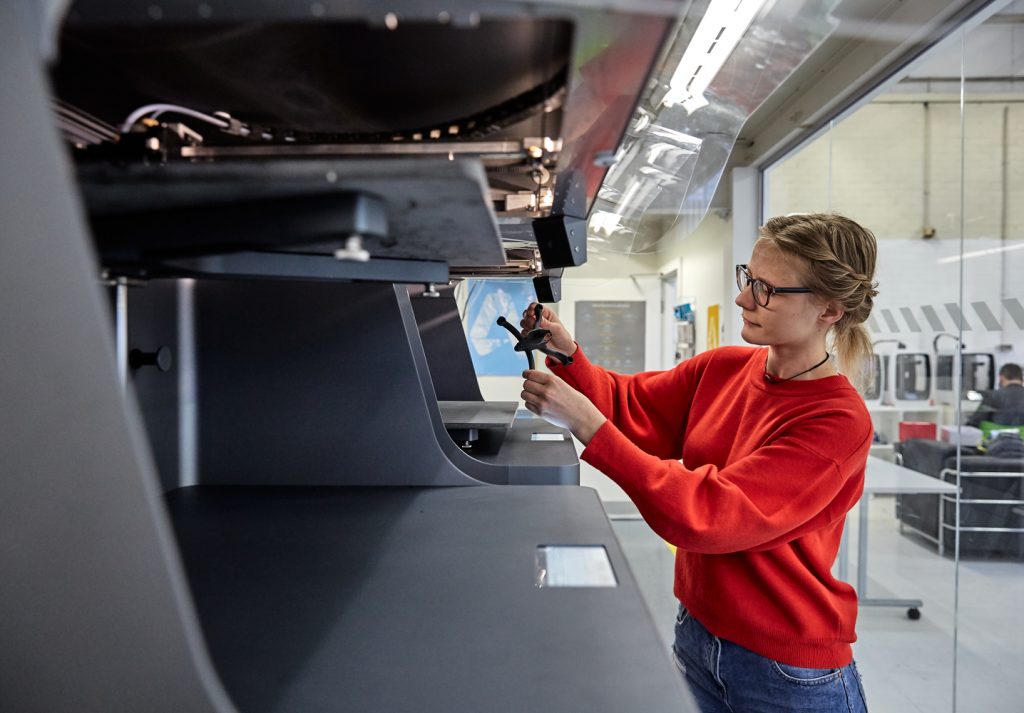 “Machines can ‘talk’ to us – the problem is that we are not listening and using this data,” he says. Decision scientists that are subject- matter experts in specifics of the product being manufactured or the “art of possibility” around AI or machine learning (ML), as well as data engineers and data scientists are hard to find.

“Some of the problems are ideal PhD projects,” Hassen points out. “Yet the talent market for digital skills is largely with experience in non-manufacturing industries in the UK.” What’s needed, Hassen suggests, is “clearer strategy on how to create a factory of the future” that will also help attract internal and external interest in digital roles.

The point is hammered home by a May 2021 UK government report that quantifies an across-the-board data skills gap of 178,000 to 234,000 vacancies, with 48 percent of companies seeking to recruit workers with data skills – and 46 percent of all firms saying they were failing to do so.

Sreenivasa Chakravarti, vice president and head of Manufacturing Business Practice at TCS, suggests firms must develop foundational as well as applied skillsets to solve the challenge.

Foundational skillsets overlap with other industries and sectors requiring data management, incorporating data-driven tech trends as Internet of Things (IoT) deployments. “But certain more mature, developed skills, including for robotics and digital twins, while built on the foundational skills, require a lot more of the context of manufacturing,” Chakravarti explains. 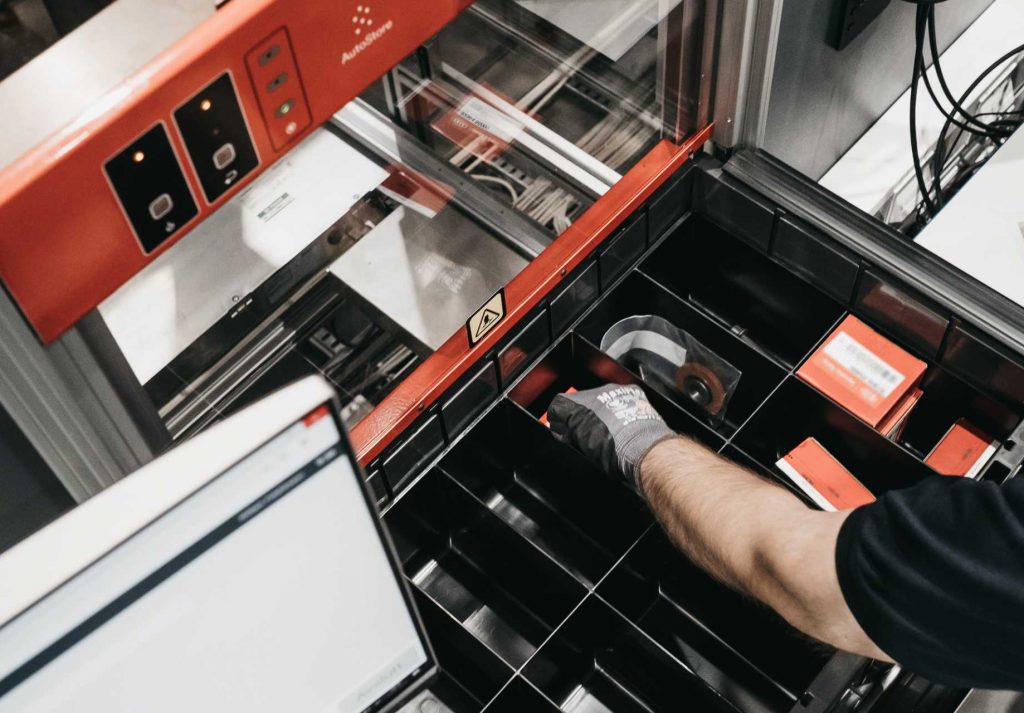 A key challenge is using or developing generic skills to solve for transformation via applications of things like Agile methodology or design thinking, developing minimum viable product (MVP) to create a ‘virtual virtuous spiral’ to support growth that not only attracts more talent and investment but works best around the constraints of today (including a UK lack of skills or universality of skills).

“The advice really would be to identify some of the core or top business challenges in each enterprise, and remember to give foundational skills to a larger number of people,” Chakravarti says. People who have been working hands on with aspects of, for instance, plant automation systems, can have a degree of comfort around advanced tools and frameworks suggesting they could well switch across to more digital systems.

Opportunities to retool or augment skillsets in-house too can be key to transforming processes to ultimately rescale an operation and move higher in the value chain, especially when competition for talent is intense.

“There is a [skills] overlap, but at the same time there’s specialisation, with great potential at the intersection point – if you can take a lot more data, put it into the cloud, do a lot more analytics and be able to predict, maybe, machine performance or failure, for example,” Chakravarti says.

“I would even take the risk of calling manufacturing a platform for convergence of many digital capabilities, whether it is the infrastructure that is required, putting it in the cloud, or plant automation systems that need modernisation.”

“By doing so, we created a lot of efficiency in the process and certain types of costs, as well as a tremendous gap in terms of innovation, capabilities and skillset now,” Kroupenev says.

“As a result, during the pandemic, there has been 10 times the investment in innovation, in some cases, as happened over the last five to 10 years prior.” 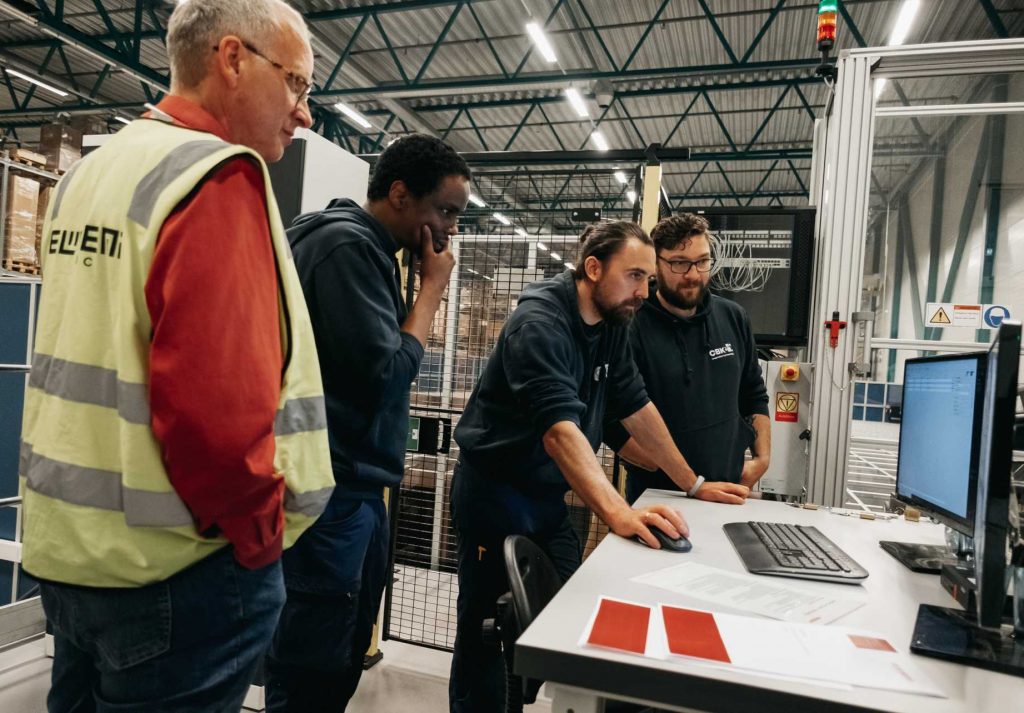 For Kroupenev, there’s now both a generational gap with a drain of knowhow at ‘even the most basic operational level’ and a gap in simply knowing how to attract science, technology, engineering and maths (STEM) talent to innovate across management and engineering.

At the same time, many production lines and systems designed and engineered many years ago are countering the fast-paced innovation being driven by societal and consumer behaviour changes.

However, covering the gaps not only means hiring and developing specific digital skillsets but paying attention to soft skills as well as supporting and assisting staff to not only to work together to cross-pollinate ideas and transfer knowledge but believe in the mission and their own progress – for example by demonstrating success by building up key use cases.

Kroupenev maintains that mindset is “incredibly important” for Agile and Lean experimentation and learning – partly because the move to smarter factories is something of a leap, requiring revolutionary thinking and adaptation.

“Manufacturers are changing at this intersection of bits, bolts, and neurons,” he says. “So, it’s also about the people within manufacturing that need to be rescaled and change.” Of course, manufacturers don’t have to do this all on their own.

Outsourcing services and solutions to IT-focused partners including TCS and Augury can help plug gaps across Big Data requirements from augmented or mixed reality (AR/MR) to cloud platforms and the Internet of Things (IoT).

Gavin Harrison, UK sales manager at warehousing solutions provider Element Logic, notes that manufacturers can add digital skills by fostering innovation and engagement, including by correcting perceptions of manufacturing as supported by low-paid workers on production line – perhaps covered in grease – with little opportunity for creativity in their roles.

Creativity is a key aptitude alongside ability to work with data and tech, facilitating “the linking of all the bits together” to find missing or emerging pieces of a production puzzle.

Although there’s value to hiring and developing workers who are good at the likes of maths and chemistry as well as IT, creative people from other backgrounds can also do ‘really well’ in these roles, he says.

“You can start to see a whole bunch of numbers and code and have no idea what you’re looking at, but once you start to break it out it’s not as complicated and starts to make sense,” Harrison says. 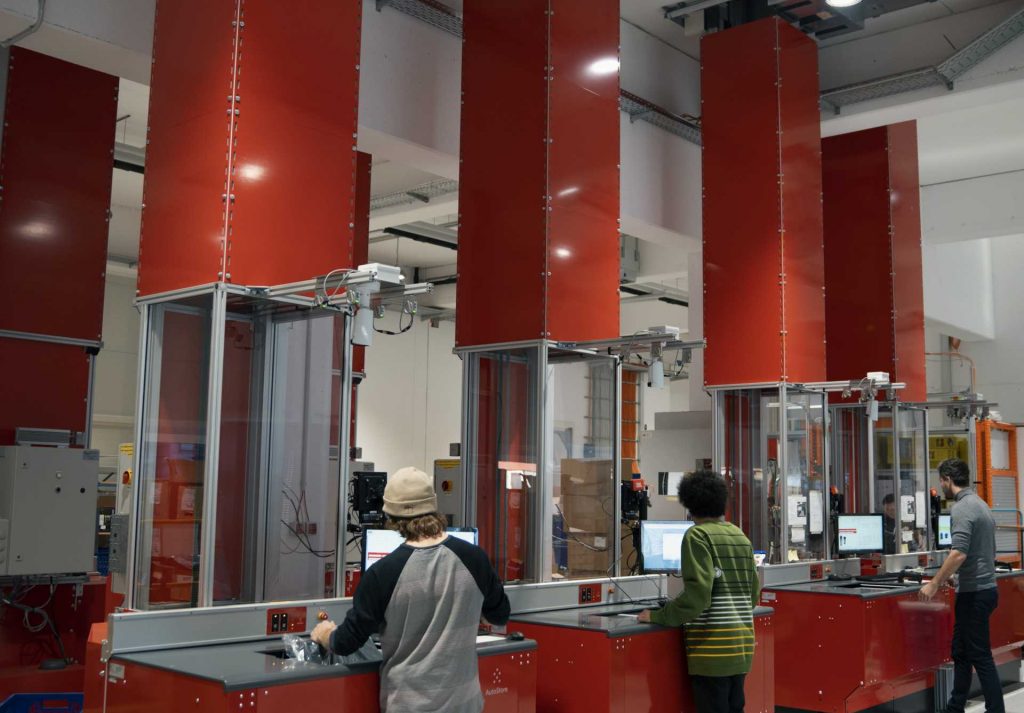 In the past, if something shifted or went sideways, people were not so good at reacting and changing on the fly, whereas with new ‘smart’ manufacturing and warehousing, any automation has got to adapt to change in situ, Harrison explains.

“To actually scientifically analyse it, you can’t really do that in a manual way, by just watching people walk around the warehouse and stuff,” he says. So people who are creative thinkers, even a little non-conformist, who can see patterns and aren’t afraid to tinker and try things out in a methodical step-by-step way, can be very useful when developing for your factory of the future.

Harrison also suggests tapping the potential engineers in the workforce, those who might have these traits, as well as hiring them ready-made. “At Element, we have a solutions architect team, our own software ‘garden’.

And that is very much what they do, they just pull it apart, or act when they get an error message. They’ll go down a rabbit hole for days at times – but that’s what you want.” This opportunity to be creative and self-directed, developing innovations and improvements that make a real difference on the ground, can prove a key advantage for manufacturers trying to attract digitally skilled staff away from the big technology companies, Harrison points out.

Manufacturers can also develop programmes and initiatives that help bring new graduates towards the sector – as Mick Goodwin, Applications Engineer at 3D printing company MarkForged, explains. MarkForged is working with PrintCity, an advanced digital-manufacturing centre based at Manchester Metropolitan University.

Set up roughly four years ago, PrintCity has developed into a team of about 20 contributors showcasing of all the different technologies that industry is adopting or will adopt over the next few years, from additive technologies to scanning and software.

The PrintCity initiative works alongside a Masters and some 16 undergraduate courses covering the digital industrialisation opportunity. “They do a really great job of attracting a wider student audience around solving challenges, not only engineers, but people from business, design and creative backgrounds as well,” Goodwin says.

“Some students have come through from a textiles background.” Such initiatives give students an opportunity to test the waters, drawing more diverse backgrounds towards an industrial space that might otherwise have seemed closed off and only accessible to STEM majors.

Arts and design graduates can go on to work with steel or advanced materials like carbon fibre and kevlar, instead of paints or clay. “Demand for knowledge and skills in new manufacturing technology is growing year over year,” Harrison says, noting that salaries can be typically higher than the UK median in manufacturing too.

“PrintCity is also getting involved at primary and secondary school levels, with an outreach programme in local schools.” Digital skills shortages are proving an obstacle to investment in technological development for as many as 70 per cent of businesses, if an EU survey is any guide.

Also, McKinsey has recognised a rising need for what it calls ‘dynamic talent allocation’ to drive innovation across all sectors, including manufacturing.

Jinender Jain, Head of Sales at IT firm Tech Mahindra, agrees, adding that the GDP hit due to skills shortage could be in the billions of pounds each year. Estimates indicate that a lack of digital skills could be behind many of the job vacancies employers struggle to fill.

“Manufacturers can begin with a digital skills toolkit or online portal to assess employees’ existing skills. Based on skill level, their specific industry needs and relevance, tailored digital content should be created for them,” says Jain.

Computer and WiFi access for all staff, coupled with free training and incentivised certifications, coaching and even ‘hackathons’, should be made available and incorporate tie-ups with IT and digital partners, academia and other parts of industry to deliver the right courses and training for the company’s unique requirements.

The government should play a role here too – perhaps by introducing tax incentives for taking on apprentices and extending loan entitlements, he suggests.

“Hackathons can bring together a wide variety of talent to solve existing problems in industry and introduce a new way of sourcing talent within organisations, as well as externally,” notes Jain.

“Tech Mahindra encourages all employees to undergo 15 days of training per year, either online or in a classroom, to improve their digital skills. In many cases, we extend this programme to our clients’ organisations as well,” says Jain.