Posted on 9 Jul 2016 by The Manufacturer

Upskilling and retraining the workforce is more important than ever. Richard Grice explains why.

News of a skills gap in UK manufacturing isn’t hot off the press. It has been reported that the sector is 30% less productive than its foreign rivals and that the combined average age is 54.

For the UK to remain competitive, upskilling and retraining the workforce is more important than ever.

Richard Grice, managing director of Woodspeen Training and ILX Skills, told TM that “consistency is one of the issues most lacking” in the manufacturing sector.

He explained, “This means, actually developing a consistent labour force with interchangeable skills will support change in the market.” 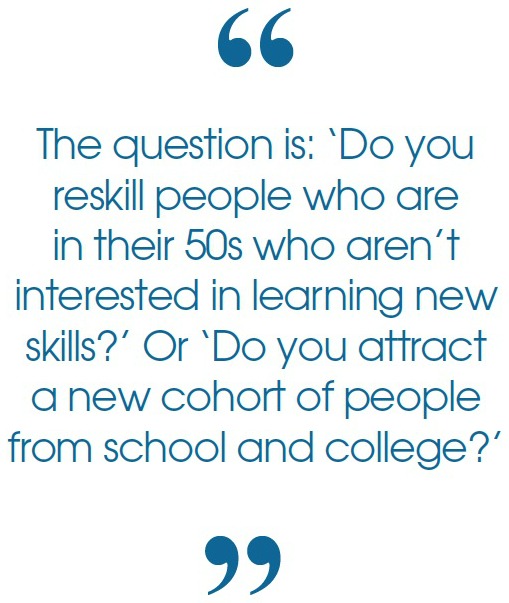 Grice admits there is not a simple way to rebalance the skills gap and because the workforce is ageing, there are several areas that need to be addressed.

He said, “The question is: ‘Do you reskill people who are in their 50s who aren’t interested in learning new skills?’ Or ‘Do you attract a new cohort of people from school and college?’”

Although the aforementioned questions are very important, they only represent two opposite ends of the manufacturing skills gap spectrum. Grice pointed towards the area in the middle of these two poles.

“There is a big section in the middle that involves reskilling adults. People crossing over from different industries for instance.”

In addition to reskilling and upskilling, next year’s Apprenticeship Levy is set to have an impact on how the industry draws talent into the sector.

“It is an exciting time to be involved in the manufacturing industry,” he said. “I’m unsure whether the Apprenticeship Levy in itself will attract people into the manufacturing and engineering sectors. But irrespective of whether they employ apprentices now or don’t, money will be coming off their bottom line.

“This will make industry more focused on spending that money, which is no longer discretionary, in an appropriate manner. Doing so means they will have to offer training programmes that suit the organisation, but also attract the best candidates.” 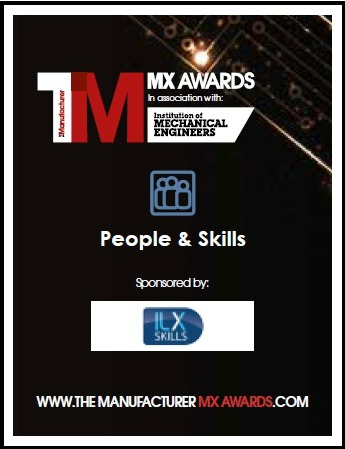 Furthermore, the Apprenticeship Levy will empower employers, they will be able to set the agenda by training apprentices in the exact skills they require, instead of what Grice calls a “supply side driven skill market where the funding is channelled through the supplier”, where individuals chose degrees that were not necessarily what the market demanded or wanted.

“In future, where funding is coming from employers and companies, this increases their buying power and as any savvy employer in the manufacturing business will tell you, they’re only going to buy or employ what adds value to their business,” he added.

For Grice, the future is full of opportunity, particularly for ILX Skills. “An organisation that understands manufacturing, as we do, will be able to work with the employer to understand exactly what their business demand skills are, will be able to deliver very customer centric skills solutions to meet their needs,” he added.