A precision engineering SME has been shown how an investment of just £20 could bring about a huge improvement in its manufacturing process and unlock significant savings following a free R&D intervention by the University of Sheffield Advanced Manufacturing Research Centre (AMRC).

The AMRC is part of the High Value Manufacturing (HVM) Catapult and the five-day assist project with Chesterfield-based specialist precision engineering sub-contractor CBE+ was paid for using funds from the HVM Catapult as part of a commitment to working with small and medium-sized manufacturers.

AMRC engineers met with CBE+ at the AMRC’s very first SME engagement workshop, designed to show manufacturers what capabilities the AMRC has to offer and explain the funding available.

“We were able to show the management at CBE+ that with a new tool holder, which would cost £60 rather than the £40 one they currently use, they could get a 10-15-per-cent improvement on their tool life,” said Tom McCready, Technical Fellow in the AMRC’s Machining Group.

Dave Allen, senior CNC machinist at CBE+, said: “The AMRC offered to fund an improvement project of our choice, working alongside our team to improve an aspect of our efficiency and we decided our machining division would be best suited to the AMRC’s work.

“We had been using replaceable insert cutters as the milling tool on certain jobs, however this was a lengthy process and caused problematic vibrations on the machine.”

Engineers at both CBE+ and the AMRC investigated what changes could be made to decrease the time it took to machine products. CBE+’s solution was to change the tool to a trochoidal tool, which offered full depth when machining. This simple change cut 14 minutes off the total time of each part machined, bringing the production cost per part dramatically down and giving CBE+ more capacity. 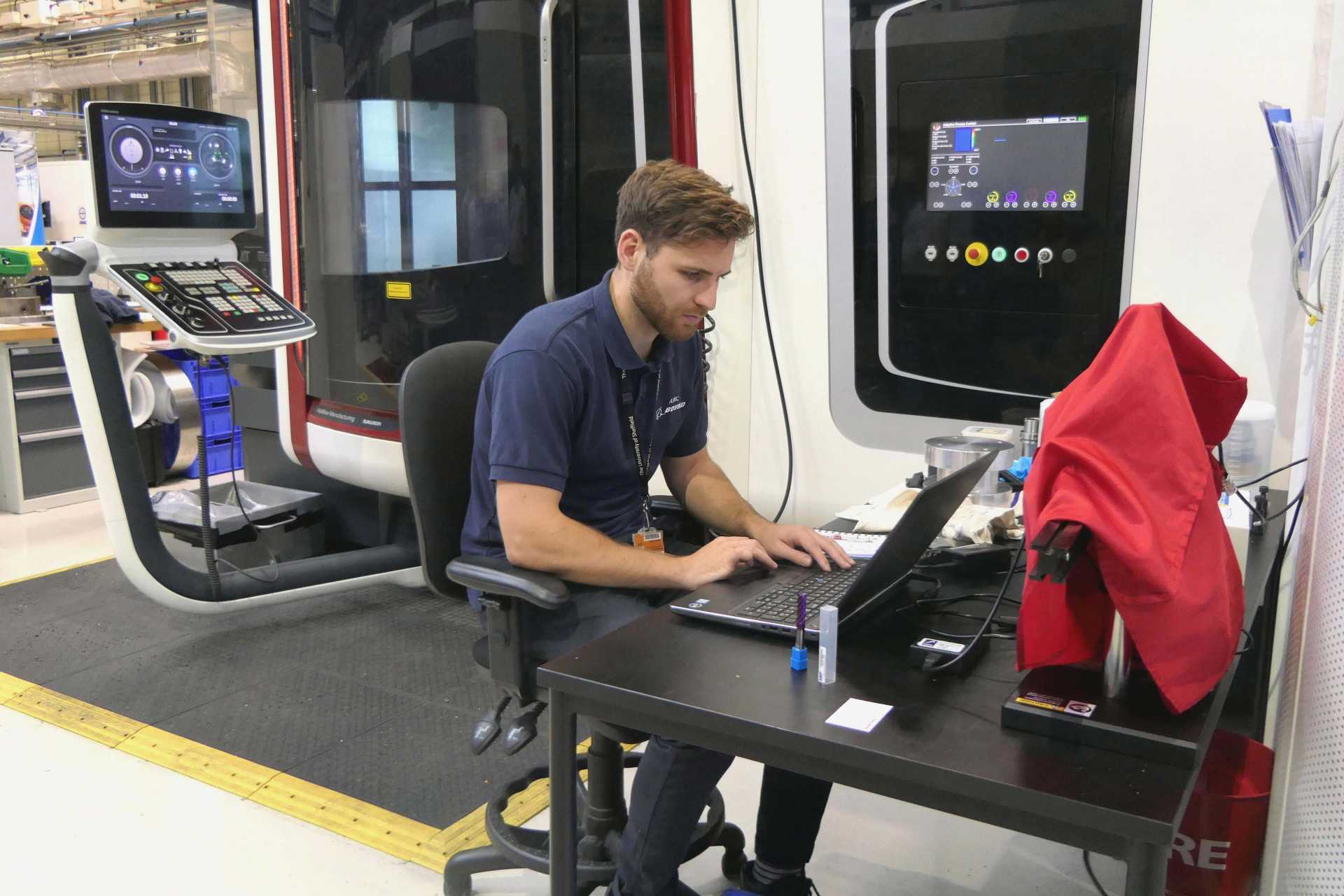 Tom said the AMRC was able to find potentially significant improvements in another area: “Based on their process of making some stainless steel brackets which needed to be in different sizes, I was struck by the potential efficiencies we could find with the tool holder, rather than the tool itself.”

CBE+ use a WNT tool in their machining and, through WNT’s parent company Ceratizit’s Tier One membership of the AMRC, the Machining Group was able to take two of the same tools on consignment to conduct test cuts with a series of different tool holders.

“We brought these tool holders to CBE+’s site in Chesterfield, TAP tested them all in their spindle and gave them conclusive data that a new tool holder would get an improvement in their tool life of approximately 10-15-per-cent. CBE+ have now bought that tool holder and we’re going to do some test cuts with them to prove that hypothesis,” said Tom.

“It won’t just apply to this component though; it will apply to any material. We have said to initially test the new tool holder on stainless steel, make sure they are happy with it and then apply it to all their components.

“Hopefully, they will get exactly the same benefits, so we have basically opened the gate to a large improvement in their business which would far outweigh the investment.”

Dave said: “It was great to work with the AMRC on this project. We learnt a lot in the time we spent working with them and I hope to team up on future projects. It was also great to confirm our team is working to the best of their ability, it gives us a real sense of pride.”

Tom said the project is the epitome of what the AMRC can do for businesses of all sizes, de-risking innovation to help them make step-changes in their manufacturing processes.

“Because we had access to the tool holders through WNT, we were able to take them to CBE+, put them in their spindle and give them scientific evidence through our diagnostic software from which CBE+ can then make an informed decision,” said Tom.

“That data, to back up what we were saying, was crucial; without it CBE+ would have spent a lot longer on machine through trial and error experimentation. It is a perfect example of what the HVM Catapult five-day assist projects can offer SMEs.”