SMEs just as vital as marques in advancing UK tech

Cutting-edge technologies with the potential to change the world are just as likely to stem from UK-based SMEs as from globally recognised engineering giants, according to leading technology innovators.

The comments were made earlier this week by the Royal Academy of Engineering MacRobert Award judging panel, which includes some of the UK’s most experienced engineers, at an event to open entries for the 2017 award.

Dr Dame Sue Ion DBE FREng, chair of Judges for the MacRobert Award and one of the UK’s foremost engineers, explained: “The innovation landscape is changing dramatically. While the UK has long been famed for its engineering heavyweights, there are now just as many opportunities for small businesses to develop and exploit game-changing technologies capable of having global impact.

Entries are now open for the 2017 Royal Academy of Engineering MacRobert Award and will close on 31 January 2017.

“We’ve seen this evolution over the last few years of judging the MacRobert Award, which has the most comprehensive selection process of any award in the technology sector. In the last 10 years the Award has been won by SMEs five times.

“It’s great to see the spirit of innovation embodied in thriving engineering businesses of all sizes, and for small organisations to be gaining in confidence.”

The trend could be set to continue, according to the findings of a new study by the Centre for Economics and Business Research (CEBR), which suggests that the contribution of SMEs to the UK economy will grow by 11% by 2020.

The judging panel includes some of the most renowned names in UK innovation, and is this year joined by Professor Ric Parker CBE FREng, previously director of Research & Technology at Rolls-Royce.

Professor Parker commented: “Even the UK’s largest engineering firms rely on the agility and innovation of SMEs throughout their supply chains. To see this talent recognised is extremely important, and I hope to see applications for the 2017 MacRobert Award coming from innovators of all sizes and across all sectors of engineering.

Previous MacRobert Award-winning innovations have come from areas as diverse as medical technology, smart transport, energy and consumer software. The award has successfully predicted ‘the next big thing’ in engineering for the past four decades, from the catalytic convertor to the CT scanner.

The 2015 winner – Scottish SME, Artemis Intelligent Power – won for its Digital Displacement® power system, which is transforming the viability of offshore wind power through novel hydraulics.

The 2016 winner – Blatchford – was recognised for developing its Linx prosthetic leg, the world’s most intelligent prosthetic limb, which judges hailed as the first of a new generation of prosthetics. 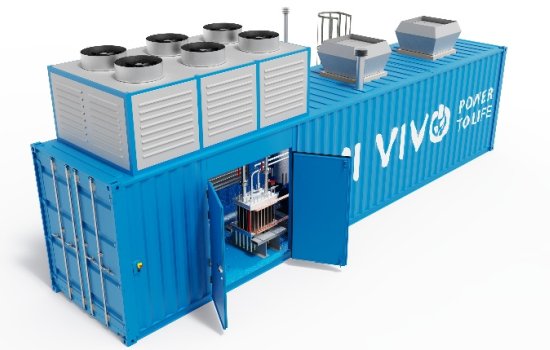