A £17m grant has been approved for a space hub in the Scottish Highlands, where a fleet of next-gen small communications satellites could be launched within the next two years, generating value for UK manufacturing and supply chain.

Planning for Europe’s first vertical launch site, Space Hub Sutherland, has been submitted by Highlands and Islands Enterprise (HIE) – and if approved, construction could begin this year, with launches starting as early as 2022.

The project, which has received funding from the Nuclear Decommissioning Authority, the UK Space Agency, and HIE, has scope for up to 12 launches a year from Sutherland, carrying small, commercial satellites typically used for Earth observation. It will be constructed in Melness, near Tongue. 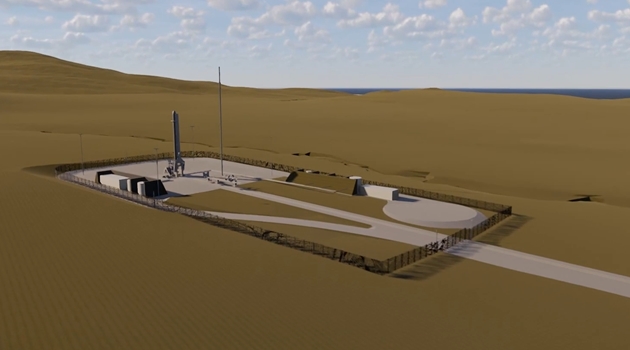 Some 250 jobs are expected across the region and the rest of the country as a result of the project, including manufacturing and supply chain.

Among the many roles required for the build, mechanical and electrical engineering specialists are critical.

The first vertical launch site in Europe will comprise a launch control centre, a single launch pad and associated infrastructure, including roads, fuel storage, offices, and antennas. A temporary lightning tower will also be installed at the launch pad for scheduled flights.

HIE said it aims to make the space hub carbon neutral and has spent two years gathering data and considering the potential effects on local wildlife. Light and noise generated, especially around launch times, are also being assessed.

HIE has approved up to £17.3m to design and build the space hub, made up of £9.8m of its own funding, £5m from the Nuclear Decommissioning Authority, and £2.5m from the UKSA.

A truly unique and innovative venture

“This is a truly unique and innovative venture that aims to create the first launch site of its kind in Europe,” said Oxley.

“Space presents a huge economic opportunity for Scotland, and the Highlands and Islands is well placed to benefit substantially.

“Even before the space hub is built, we’ve already received a huge vote of confidence from launch company Orbex, who established a manufacturing facility in Forres just over a year ago.

“That’s an indication of the wider economic benefits that will be generated by establishing a launch facility, and there is great potential for more to follow in other parts of our region.

“We’re very mindful of the need to respect the natural environment and have been diligent in designing measures that will minimise the environmental impact of construction and operations.

“We’ve also held numerous public events and the current shape of the project has been informed by the views of local people and statutory consultees.

“Now that the application is in, we very much hope that people will take the time to study our plans carefully and look forward to the council making a decision in due course.”

“Satellite launch from the UK is due to take another giant leap forward with the progress at Sutherland and other sites across the UK,” added Emma Floyd, commercial spaceflight director with the UK Space Agency.

“We’re committed to backing our growing space sector, which generates an income of £14.8bn and creates thousands of high skilled jobs.”