Production at multiple plants operated by luxury automotive giant, BMW Group, has had to be reduced due to a reported shortage of steering components supplied by Bosch. 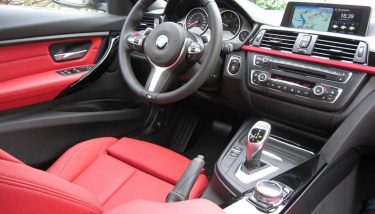 The supply issue is already impacting BMW plants in Leipzig and Munich (Germany), Rosslyn (South Africa) and Shenyang (China), according to multiple report.

A spokesperson for BMW has said the issue has so far affected thousands of vehicles, stalling production as far back as Tuesday last week (23 May).

Regarding the disruption at its Rosslyn and Shenyang sites, BMW has stated: “Our supplier, Bosch is not currently able to provide us with a sufficient number of integral steering gears for the BMW 1 Series, 2 Series, 3 Series and 4 Series.”

Speaking to the Financial Times, analyst at Bankhaus Lampe in Düsseldorf, Christian Ludwig, noted that up to 17,500 such vehicles are produced each week, meaning BMW’s sales for the quarter may be significantly below expectations.

Ludwig is quoted as saying: “If these figures cannot be made up during the quarter, the sales impact would be €400 – €500m per week.” It’s for this reason that BMW is expected to seek compensation from Bosch to cover damages, though no official confirmation of this has been announced (at the time of publishing).

The disruption is reported to have been traced back to an assembly bottleneck in the operations of an Italian company which supplies the casings for Bosch’s electronic steering systems.

The issue once again highlights the potential disruption that operating ‘just-in-time’ production practices combined with single or limited-source suppliers can have on an OEM’s business.

On several occasions in recent years, a number of high-profile, Tier-1 manufacturing organisations have felt the impact of supply chain disruption brought about by natural events including earthquakes, volcanic eruptions and flooding, as well as more human-related issues such geo-political disturbence.