Manufacturers are urging the government to work more closely with them on new reforms to technical education to avoid repeating the same mistakes over the Apprenticeship Levy which was rushed in without proper consultation.

The call comes on the back of a new survey by Make UK which shows a significant lack of awareness among industry about the proposed new T Levels, as well as concerns about how key elements of the reforms will be implemented in practice. 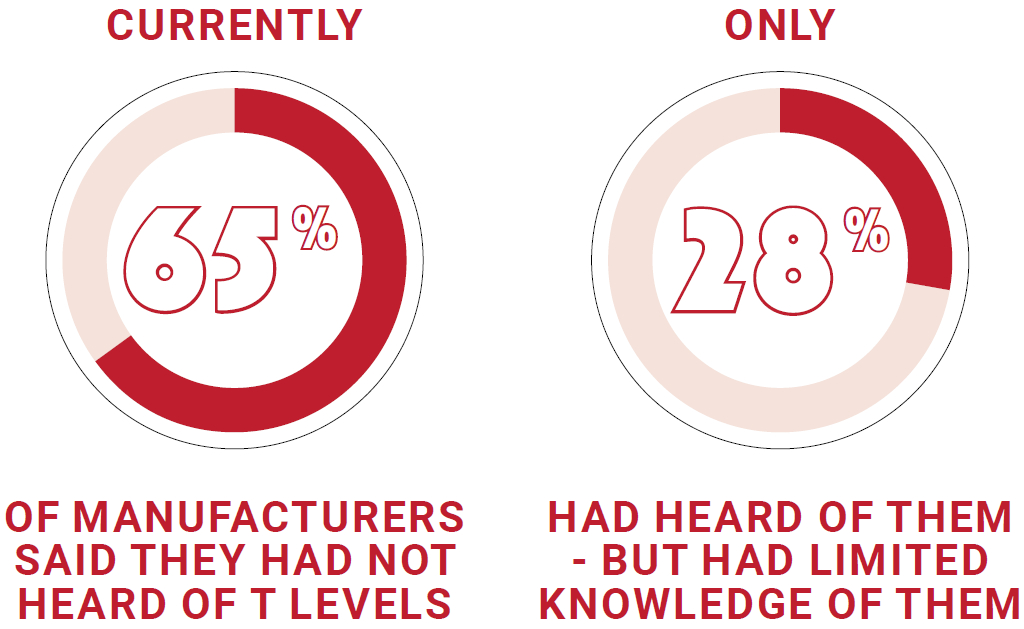 The new T Levels are due to be introduced in engineering and manufacturing in 2022 and are intended to place technical qualifications as an equivalent to A Levels.

The aim is to simplify the landscape for vocational qualifications and provide a route into skilled employment after two years’ study. They will be made up of five key elements and include mandatory work placements.

However, while industry is behind the introduction of T Levels the survey showed that almost two-thirds of companies (65%) hadn’t heard of them, while more than a quarter (28%) had heard of them but with only limited knowledge.

Furthermore, two-fifths of companies are unaware of what is required of them when it comes to providing work placements – though given the overall lack of awareness this is unsurprising.

The survey does show that manufacturers are willing to step up and offer work placements with a third prepared to offer them in their current form and a further fifth (21%) prepared to do so if they were more flexible.

However, with all the other issues that companies are currently facing, 60% of companies feared having the capacity to manage work placements, especially as more than half (55%) said they wouldn’t have the time given they are already managing young people through schemes such as internships and work experience. 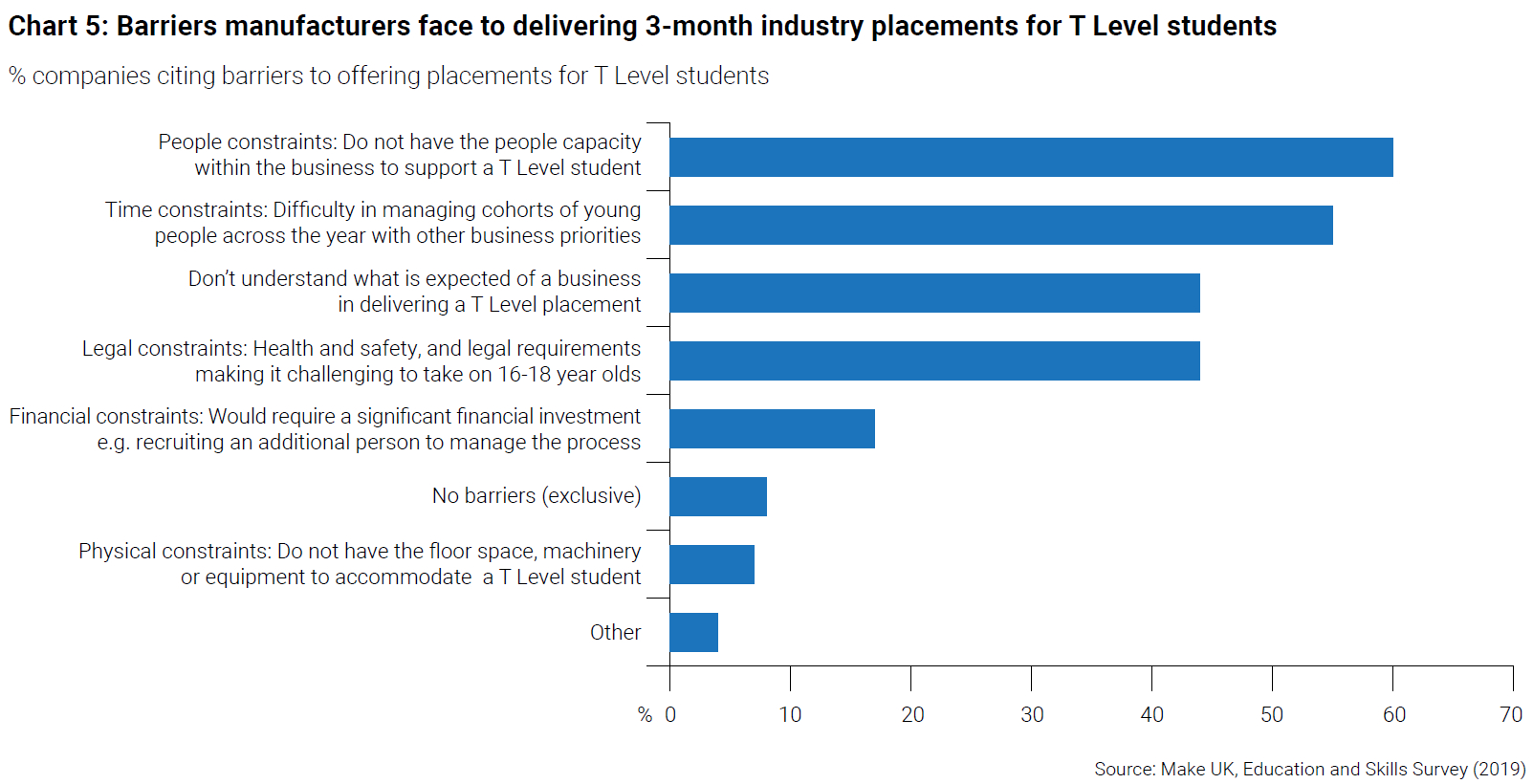 Manufacturers do see potential for T Levels, but not as a way to move into skilled employment as the government had initially proposed. Instead, almost half (43%) see T Level students moving onto a higher level apprenticeship and 30% suggesting T Level learners go onto higher education.

For the latter to be achieved, however, efforts must be made to end the snobby of vocational learners going onto university.

In response, Make UK is urging the government to step up efforts to raise the profile of T Levels throughout industry or risk failing to engage with employers on what is another fundamental to change to the education system: 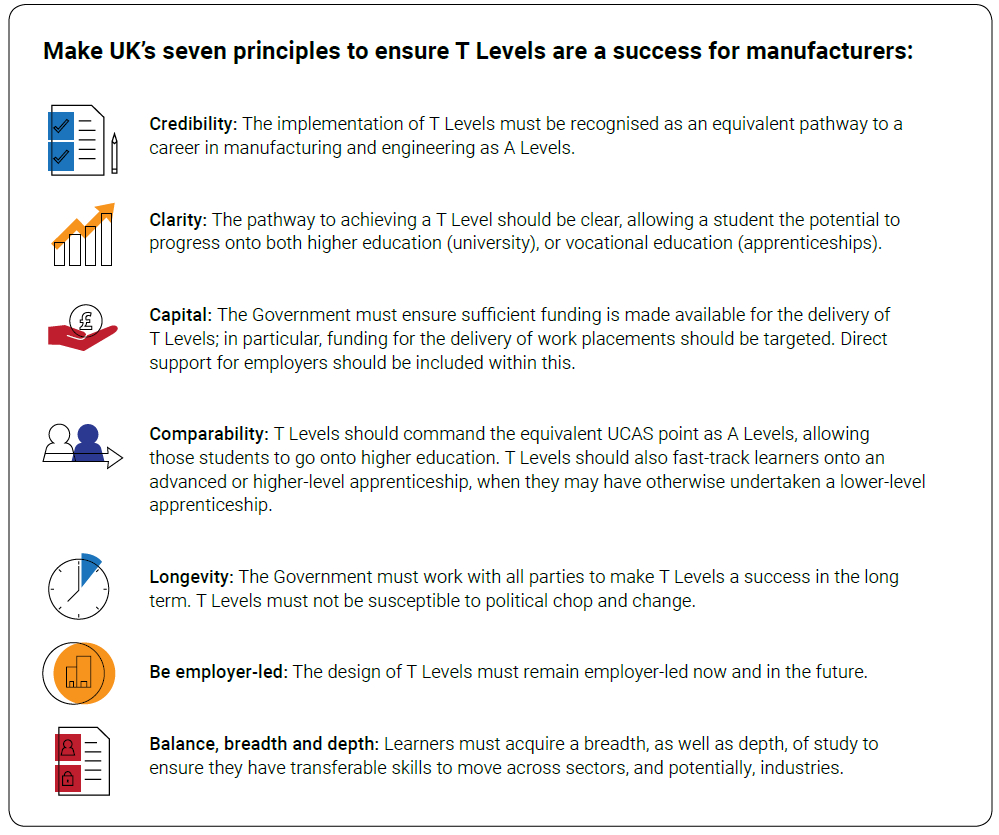