Judith Hackitt became the first female chair of the Health and Safety Executive in 2007 following a 30-year career in the chemicals industry. In May she was recognised as the First Woman of Manufacturing 2013 at an awards ceremony in London.

TM: An obvious first question – how do you feel about winning this award?

I’m humbled to have been chosen. The judges said that it was a tough decision and I am very much aware of the strong peer group in the other nominees. We’ve come a long way in encouraging more women to study engineering and go into industry since I first set my sights on it, but there are still not enough. Too often, women are not valued for what they can bring to the workplace in terms of a different perspective. That value is very real.

TM: Were you ever actively discouraged from following a career in engineering and manufacturing?

In the early ‘70s when I was at grammar school my senior mistress told me she thought engineering was not a good career for a girl. Others too told me that it was not possible. Clearly it is and I am determined to help many more women realise that possibility, because engineering is a wonderful career to follow.

TM: What were the highest and lowest moments of your industrial career?

The highest moments always came alongside working in a team. There are some truly great people in industry and the sense of achievement from working together is always a real buzz. In terms of types of work, I found managing projects through from design to commission and, during my time with Elementis, identifying potential business acquisitions, extremely exciting. The lowest moments came in previous recessions when I had to make people redundant. That is always an extremely difficult thing to have to do.

TM: You worked in Brussels as a member of the European Chemical Industry Council. What’s your view of the influence Brussels has over UK regulation and the prospect of a referendum on Britain’s membership of the EU?

Being part of the EU has brought a lot of benefits in terms of trade. I understand the concerns about some of the negatives, but a balanced view needs to be taken. With regard to health and safety regulation, I agree that in the late 90s and early 2000s we saw a lot of regulation coming out of Brussels. But today there is not so much. The key thing when it comes to any European regulation is for us to be involved early and influence the shaping of regulation. That is something HSE does. We try our best to ensure all regulation is risk based as opposed to hazard based and that what is formulated is proportionate to a real need.

TM: What attracted you to apply for your current job at HSE?

Having worked in industry for over 30 years I had a profound belief that safety is fundamental. Doing things safely and right is never an add-on to any job in manufacturing. I have never seen health and safety as being a barrier or a burden and I would like all businesses to feel like that. Health and safety should be seen as an enabler to successful business.

TM: The Fee for Intervention, introduced last year, is an initiative from HSE which has been criticised in industry as a barrier rather than an enabler. What’s your response?

We heard, and are very aware of, the concerns of people who were worried it would make HSE less approachable. As Fee for Intervention beds-in however this is not proving to be the case. We are open to giving advice to people who want to do the right thing. 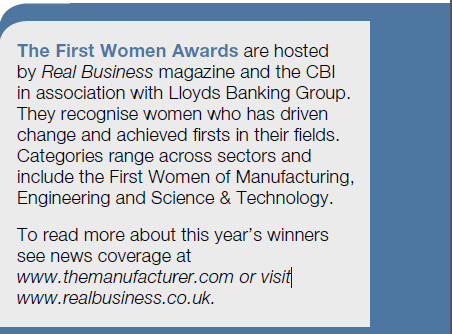