The next big development in IT is blockchain, and Hewlett Packard Enterprise, like everyone else, is developing ideas for how it will work in industry.

Raphael Davison: Many people think blockchain is Bitcoin. That’s not true. Bitcoin is a use case – a most mature use case – but it’s just one use case. It’s what we call blockchain 1.0, very simple.

Blockchain 2.0 is enterprises doing transaction with enterprises. This is how it could work.

Let’s say we’re going to track the parts of airliners. Two or three manufacturers, a few distribution organisations, and two or three airlines and an airport all sign up, so let’s say you have nine different parties.

We all agree to create a private supply chain blockchain. We are all verified, so we all can trust that. We’re all going to have our own ledger, and any time any of us adds anything to our ledger, it gets synced to everyone else’s on our private blockchain, so everyone has exactly the same information in the same chronological order.

It has public and private digital keys, so it’s super secure. If a new part comes onto the system, the part manufacturer puts it into their ledger, which instantly gets synced to all the other ledgers.

As it’s an exact match in all of our ledgers in our private blockchain – where all the identities are validated – that means we all believe, so yes, that’s the truth.

What headaches does this remove?

An average airliner earns about $100m a year for an airline. An airliner needs to fly, you don’t want it on the ground, so how do you keep it in the air?

Well, an airliner is just as good as the sum of its parts, it’s a million parts flying in formation. Each one of those million parts has to be healthy, and you have to know that it’s maintained.

How can you possibly get a good health record, a medical record of all those million parts, one that we can all agree on? Say you give each one of those parts a ledger, you now have a million ledgers distributed to all the members of my blockchain.

You now have a digital twin of that jet that we can all share, and so we have a single source of truth. I can see the history of that plane, I can do AI and analytics and predictive maintenance. I can keep more planes in the air, therefore I don’t have to buy so many planes.

I can save billions of dollars, just by being able to have a single source of truth in an automated blockchain distributed network.

Is anything going to get in the way of Blockchain becoming the way manufacturers work?

Yes. Imagine if Dell and HP are on the same supply chain blockchain, I don’t want Dell to know that we bought so many chips at this price, and Dell doesn’t want us to know.

How, on the same private blockchain, can entities like us and Dell share information and have privacy? Manufacturing has to figure out how we work in these consortia together as ‘frenemies’.

This article first appeared in the March 2018 issue of The Manufacturer magazine. To subscribe, please click here. 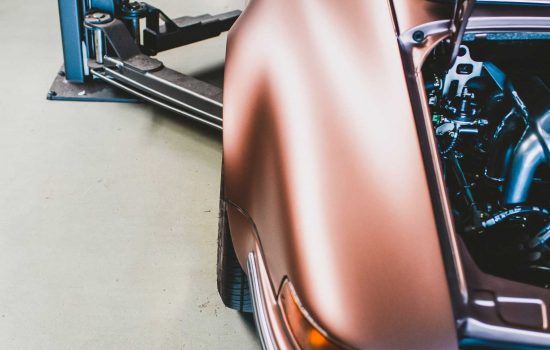