The Economics of Biodiversity: GDP out, Nature in!

Posted on 1 Jun 2021 by Jonny Williamson

Using Gross Domestic Product as a means of measuring success encourages “unsustainable economic growth” and is no longer fit for purpose, according to a landmark review into the Economics of Biodiversity

“While humanity has prospered immensely in recent decades” such prosperity “has come at a devastating cost to Nature”. That’s the stark finding of Professor Partha Dasgupta’s review of The Economics of Biodiversity, commissioned by the UK government.

We have “collectively failed to engage with Nature sustainably” and “our demands far exceed its capacity to supply us with the goods and services we all rely on,” it states. The Review refers to the imbalance between our demands and Nature’s supply as the ‘Impact Inequality’, with estimates suggesting that 1.6 Earths are needed to maintain the world’s current living standards.

Having now entered a make or break decade for climate change, Professor Dasgupta believes that unless we act now, “our unstainable engagement with Nature” risks “endangering the prosperity of current and future generations”.

What is The Dasgupta Review?

The Dasgupta Review is an independent, global assessment on the Economics of Biodiversity led by Professor Sir Partha Dasgupta (Frank Ramsey, Professor Emeritus, University of Cambridge). Commissioned in 2019 by HM Treasury and supported by an advisory panel drawn from public policy, science, economics, finance and business, The Review is expected to shape the UK government’s environmental agenda for the next 25 years.

The Review calls for changes in how we think, act and measure economic success to protect and enhance our prosperity and the natural world. 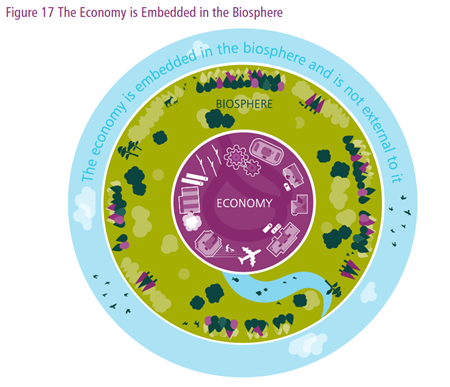 Grounded in a deep understanding of ecosystem processes and how they are affected by economic activity, the new framework presented sets out how we should account for nature in economics and decision-making. 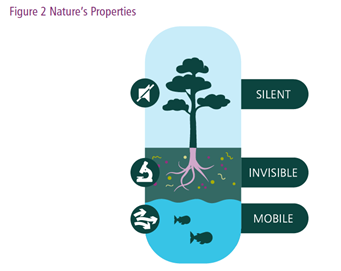 The natural world has three key characteristics: silent, invisible, mobile. Additionally, much of it is “open to all at no monetary charge”. This differs greatly from traditionally viewed assets such as produced capital goods and makes it challenging to record our use of Nature and our impacts upon it. As a result, the true value of the goods and services it provides to society aren’t reflected in market prices.

Two factors are exacerbating the problem, says The Review:

With major conferences on biodiversity and climate change to be held this year, Professor Dasgupta says we have the opportunity to take “a new, ambitious direction”, to set out meaningful commitments and establish the institutions required to ensure they are met.

Ensure our demands on Nature do not exceed its sustainable supply

The Review recommends discouraging damaging forms of production and consumption through policies that change prices and behaviours, for example enforcing standards for re-use and recycling, alongside aligning environmental objectives along entire global supply chains. 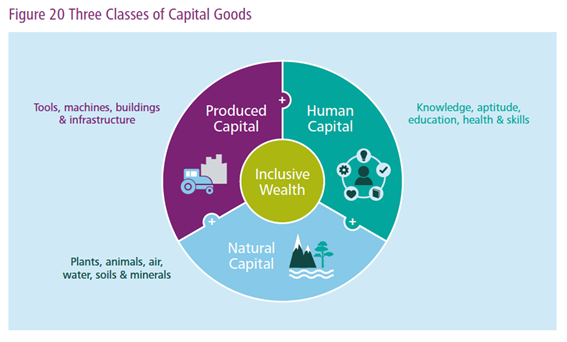 “Nature needs to enter economic and finance decision-making in the same way buildings, machines, roads and skills do,” the Review argues. It states that, as a measure of economic activity Gross Domestic Product (GDP) is fundamentally flawed as it doesn’t account for the depreciation of assets, including the natural environment.

Rather than being encouraged to pursue unsustainable economic growth and development, Professor Dasgupta argues that we should adopt an ‘inclusive measure of wealth’ “which accounts for our use of natural assets and shows the trade-offs and interactions between investments in different assets.”

Transform our institutions and systems

The Review calls for the creation of multinational unions to protect national ecosystems (such as rainforests) and those which lie beyond national boundaries (such as the world’s oceans). It proposes imposing levies for the use of these assets and prohibiting their use in ecologically sensitive areas, with the suggestion that the former could potentially pay for the latter.

It also calls for a set of global standards underpinned by credible, decision-grade data, which businesses and financial institutions can use “to fully integrate Nature-related considerations into their decision-making, and assess and disclose their use of, and impact on, Nature”.

Professor Dasgupta doesn’t downplay the challenges involved in making such a transformative change to the way we live, act and measure success, nor the hard decisions that will no doubt have to be made.

However, he says that the myriad of success stories from around the world highlighted throughout The Review demonstrate what is possible and offer hope for a more sustainable future. 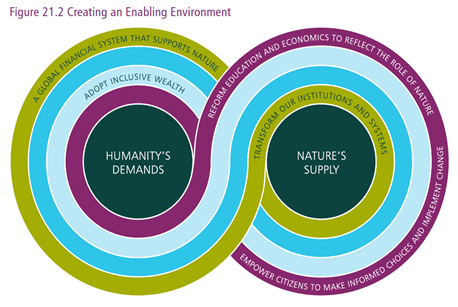