The future is female: Q&A with Elizabeth Donnelly, CEO of The Women’s Engineering Society

In this article, Lanna Deamer, Reporter at The Manufacturer, speaks with Elizabeth Donnelly, CEO of The Women’s Engineering Society (WES) to learn more about the charity and its professional network of women engineers, scientists and technologists offering inspiration, support and professional development; as well as the history behind International Women in Engineering Day and how it all began.

What is the history of the Women’s Engineering Society and INWED?

ED: The Women’s Engineering Society (WES) was founded in 1919, just at the end of the First World War. The government at that time decided that all the women that had been working in factories and manufacturing plants while the men had gone off to fight, should be returned to the home so that jobs could be given back to the men returning from war.

At the same time women were starting to be allowed to become civil servants, lawyers, MPs, and enter the professions, and so to deny women the opportunity to work within the engineering sector was felt by some to be very unfair. WES was formed from the National Council of Women and some of our first members were suffragettes. That is why our colours are green, white and violet, the same as the suffragette colours, which stand for ‘give women votes’. We’re very proud that 103 years later, we still have that branding and colours.

When I first joined The Women’s Engineering Society in 2018, I was employed by the board to take us from being an amateur and voluntary organisation to be more aspirational and professional. We are focussing on encouraging women to be engineers and to make their own history, and indeed, many of our members are making history today.

In 2014, we founded National Women in Engineering Day, in an effort to encourage girls and young women to enter engineering and this was taken up with UNESCO in 2016, to become International Women in Engineering Day (INWED). During the pandemic, we had to move all our INWED activities online, but we were fortunate that this ended up working in our favour. We are a global campaign so by being able to reach so many corners of the world it meant we were incredibly successful.

This year’s INWIED theme is inventors and innovators, which is all about the fantastic creation and improvement women make to products and services. We also have a hashtag every year and this year it is #ImagineTheFuture.

2022 will be the 9th year of INWIED. How has the day itself changed during that period and more broadly what’s changed for women in engineering?

EngineeringUK shared some new statistics on International Women’s Day (8th March) this year, that concluded that 16.5% of engineers are female. This amounted to 900,000 women engineers which is fantastic news.

While things are improving for women in engineering, the engineering workforce has expanded so more women will be coming into the sector. This is good news for companies because the more women you have in your company, the better your engineering is going to be – women think about things differently and bring a different viewpoint to the table. Diversity within a business can only be a good thing.

In terms of the impact of the campaign, we’ve gone from being a very low-key national campaign to being truly international. I think if we said we weren’t going to do it anymore, it would probably still happen without us, and that’s the true success of International Women in Engineering Day.

How does the number of women in engineering in the UK compare to other countries? Are there lessons we could be learning from others?

We don’t have many female engineers in the UK, and this is historic – 50 years ago it stood at 0.5%, ten years ago it was around 9%. I think this is because women are talented at so many things and they can make choices. If they are good at science, they may not go into engineering, they may go into medicine or research.

There are also still stereotypes around engineering. People hold a certain view of the sector and we don’t see a lot of engineering on television. Unfortunately we don’t teach engineering as a subject in school, so a lot of young people don’t understand what engineering is all about.

Here at the Women’s Engineering Society, we like to look at engineering as being something that’s about teamwork, creativity and collaboration, rather than looking at it as something that is messy and dirty. We believe that engineering is all about problem solving and of course, women solve problems every minute of every day.

What are the key issues to be addressed/milestones to be reached, in order to achieve gender parity within engineering and manufacturing?

Right from the beginning, when young people are choosing their options at school, particularly going into A-Levels, if a young person shows a potential for science, they are often pushed towards science or medicine. Often women will also want to do an apprenticeship, because they can get a degree whilst learning on the job, as well as being paid. However, teachers don’t always understand that because they aren’t aware of what’s available in engineering.

There are still misconceptions about apprenticeships, and they can often still be associated with only being options for young people that aren’t as bright as others, which is wrong and ill-informed. There still seems to be more of a push for degrees in science and medicine; that’s not to say that we don’t need scientists and doctors, but we have about 40% of women in medicine and in fact more women go to medical school than men. Also 90% of entrants to veterinary courses are women but I do believe we will get more women into engineering. If we could do something to remove the stereotypes that unfortunately still exist, then that would be so helpful for young people.

Beyond that, I think there’s still a lot of work that companies could do to make sure companies they are embracing women and creating an inclusive culture. In terms of bringing women back from career breaks, a lot of companies still have very outdated attitudes. We’ve also found that women are not offered relocation opportunities because their employers assume that if they are in a long-term relationship then it would be difficult for them to move because of their partner’s job. In many cases when men are relocated, particularly internationally, part of the deal is to relocate their partners, so I think we need more companies willing to do that for women and the partners of women. 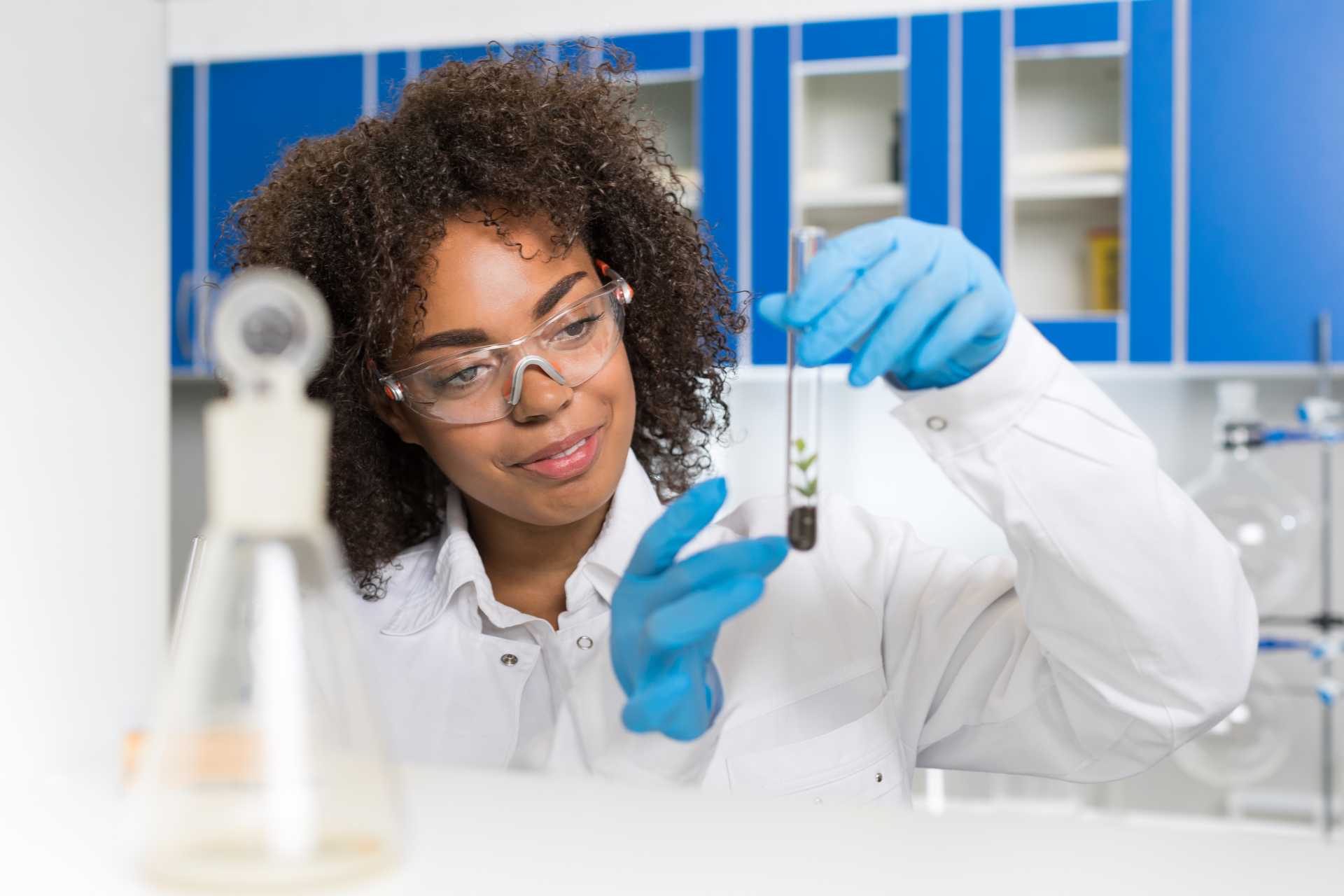 What needs to be done at grassroots (school) level to encourage more young women in the sector? Do we need more female role models?

I think we need to do more in schools; we don’t currently do this at WES because we are a very small team, but we do encourage any female engineers who are members of WES to become STEM ambassadors.

Every year, twice a year, we host the apprenticeship showcase where we go into schools on a webinar basis, where we get real life, young women engineer apprentices to talk about their roles and what they’re doing so that not only the children but also the teachers, understand more about engineering. I believe that in time this will improve but I don’t want us to have to wait another 30 years to achieve more parity. We are several years behind the legal and medical professions in terms of getting more women recognised and I’d love us to be able to get there more quickly. INWED is part of helping us achieve that goal.

What advice would you give to any other young women entering the sector?

It’s really important to show determination and know what you want, and where you want to be. It’s so valuable when you come to pitching your case to parents, teachers, colleagues etc.

One of the things we want to do more of is encouraging young women to get mentors. We have set up a mentoring programme to encourage our members. We did a survey just before the pandemic about what was blocking women in their careers, and we found that it was mostly the lack of opportunities to advance and the lack of mentoring and support.

The future is female.

We are facing a barrage of problems, mostly caused by climate change, and with that will come mass migration from the hotter parts of the world into the northern counterparts. We’ve got infrastructure issues. For example, our roads will start to melt but they also need to be resilient enough to withstand freezing in the winter. We’ve got the fact that we need to decarbonise the atmosphere and we’re on the point of global collapse if we don’t decarbonise quickly enough.

I believe engineers will be the ones to fix this. We have so many vacancies in the engineering and manufacturing industry that we need men and women to join the sector. We know from research that men and women do better in equal teams, rather than all male teams or all female teams, so I think embracing women’s ingenuity and creativity is the future. We encourage companies to get involved with us and help them employ women. And we encourage women who are engineers to join us so that we can help them achieve their potential.

To read similar articles to this one, check out our People and Skills channel.