Richard Hill explains how the success of UK SMEs depends on their response to overseas competition.

Analysis of our Future Fit: the road ahead for UK manufacturing research shows that many leaders of medium-sized manufacturing businesses – i.e. those with turnover from £5m to £50m – have a lack of visibility surrounding the UK’s position globally.

Of those surveyed, more than half (54%) believe that the biggest external challenge to achieving success in the future is the threat of increased competition – with 33% believing that competition will come from Asia.

While the rise of foreign competition is clear, it seems there’s a real lack of visibility about how well – or badly – the UK is actually performing relative to other countries.

Of those surveyed, 41% believe the UK is outperforming global rivals, 26% think the UK is doing worse, and 30% believe the manufacturing sector equals the performance of its peers in other countries.

However, the facts paint a different and happier picture with the UK the seventh largest manufacturing nation out of 200 countries. That puts us up there among the major global players, ready to take advantage of the next industrial revolution – Industry 4.0.

Yet this positive competitive position doesn’t seem to translate into optimism about the export market for many UK manufacturers.

Only half of the manufacturers surveyed expect to find new customers overseas in the next five years, and 38% see their future business confined to the UK.

To read NatWest’s report Future Fit: the road ahead for UK manufacturing, download it at: natwest.contentlive.co.uk/futurefit

The desire to remain in domestic markets appears to have its roots in serious doubts about whether UK manufacturing is equipped to compete against foreign companies.

Summed up by the managing director from one manufacturer: “We tried exporting overseas a couple of years ago and got burnt. I don’t think we’ll try that again.”

This attitude is concerning given the accelerating preparations for a ‘smart manufacturing’ future gathering momentum in other countries.

Karthik Sundaram of consulting firm Frost & Sullivan cites Germany as an example of a European country that is grasping the nettle.

“What Industry 4.0 talks about is trying to make cyber-physical production a reality in the small and medium-sized enterprises, or, as the Germans say, the Mittelstand, and to make the Mittelstand competent enough to meet the growing challenges posed by emerging economies in Asia,” he said.

“With Industry 4.0, this will be the first time we are consciously designing the next Industrial Revolution, so it’s quite unique in that aspect. Industry 4.0 is, in essence, going to be a congruence of technological innovation, collaborative business pursuits and manufacturing process innovations.

“When we combine these three elements, we can identify a number of opportunities in each of these for suppliers. “We can see the intent from the German state,” he added.

“Only 50% of the manufacturers surveyed expect to find new customers overseas in the next five years, and 38% see their future business confined to the UK”

But with cash flow an issue for many UK SMEs, where is the money going to come from for manufacturers to invest in the new technology to cut it at the leading edge of Industry 4.0?

Government-backed initiatives such as the High Value Manufacturing (HVM) Catapult established in 2011 – which offers manufacturing businesses help to commercialise their innovations via a network of seven technology and innovation centres – will clearly have an important role to play.

And Dick Elsey, CEO of HVM Catapult, believes that, ultimately, our success or failure will come down to ambition. “Everybody wants high-value manufacturing,” he said. “You can see India’s emerging capability there. They’ve obviously got an edge on labour costs and probably on energy costs too, but they want to move up the value stream as well.

“So we’re competing head to head and I think the biggest barrier we’ve got – and this is going to sound rather curious – is our national ambition. Do we have enough ambition in our national psyche? Have we actually got too comfortable with our way of life, the amount of hours we work? 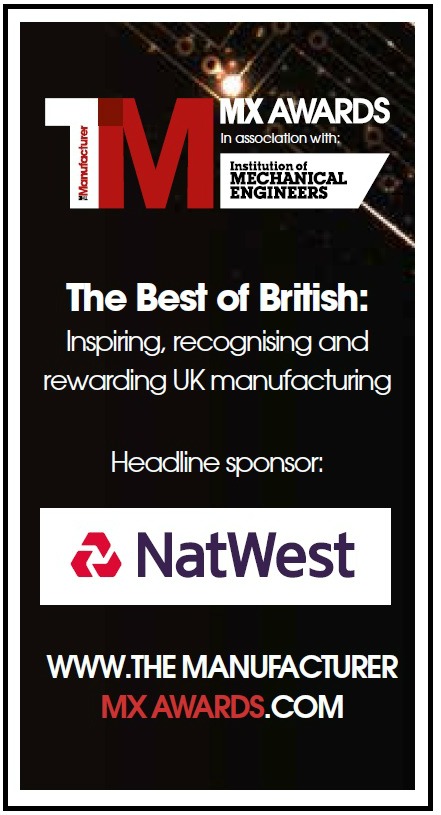 “The capability exists: we have access to the technologies, we’ve got some of the best research in the UK and we’ve got mechanisms like the one I’m running to help convert that research into commercial reality.

“I know there are a few thousand UK SMEs that are innovation-hungry and we can really help, but there’s not tens of thousands of them. So there’s an issue for us,” he said.

Perhaps the first step is to get the message out there that UK manufacturing is performing much better than many believe and draw confidence from that fact.

Then, to continue to compete on a global level, we’ll all need to embrace the changes, opportunities and challenges that arise across the sector.

It’ll be important for manufacturing businesses and stakeholders across the industry to work closer together to create a collaborative, supportive and innovative manufacturing industry and ensure that we remain among the best manufacturing nations in the world.