The importance of encouraging more women in industry

Even with a world-renowned product, companies succeed only with the right people at every level – from shop floor to top floor.

A gender-balanced workforce brings diversity of thought, breadth of ideas and a robust decision-making process.

The gender gap within science, technology, engineering and maths (STEM) careers is of particular concern.

According to research conducted by WISE in 2014, a campaign to promote women in science, technology and engineering, only 13% of all those working in occupations classed as STEM are women.

As a business, we have developed recruitment, apprenticeship and graduate programmes that seek to address the gender imbalance.

We have built female talent pipelines in areas of the business where we find it difficult to attract women, and created community initiatives that support females in manufacturing.

But we still ask, is this enough to demystify a career for women in manufacturing?

The most powerful mythbusters of all are those women already working within STEM related industries.

In recent weeks, thousands of female engineers have taken to Twitter to dispel the myth that all engineers are men.

Uploading images with the hashtag #ILookLikeAnEngineer, women working in STEM-related industries or studying associated subjects have been posting selfies of themselves, describing their roles.

Women from around the world who felt they didn’t fall into the stereotypical mould of what an engineer should be joined in the campaign, uploading photos of themselves and moving the campaign beyond just sexism and in the direction of greater diversity across the technology, sciences and engineering industries.

The outpouring of posts illustrated the diversity issues currently facing workers and companies within these industries.

At Coca-Cola Enterprises, we want the world within our business to reflect the world outside our business, and to make this a reality we know we must play our role in encouraging more women into manufacturing and engineering careers.

Within our business, we have a number of women that defy the traditional perception of a career in STEM.

Laurence Vanparis has been heading up the Coca-Cola Enterprises factory in Toulouse, France, since 2013.

For the 46-year-old mother of two, work is not just about inspection of the factory’s two production lines, but also about raising awareness of manufacturing and engineering jobs for women among her peers; “In what is a traditionally male dominated environment, it’s not just men that should get to wear the trousers.”

“It’s time for the myths around the role of women in manufacturing and engineering to be de-bunked. As a little girl, I didn’t dream of becoming a nurse or hairdresser – I instead wanted to follow in the footsteps of my family who worked in the fishing and steel sectors.

“The manufacturing world is not visible enough in high schools, especially among young girls. Here, there are jobs for all women whether it’s a driver, manager or simply on the production lines.”

Maryanne Proctor, one of our employees based here in the UK, is not only responsible for the sustainability of our North London site, but also for mentorship of other women; “From an early age I knew that I wanted my career to be based around biology and ecology, but never thought I would become an environment manager in a manufacturing environment. 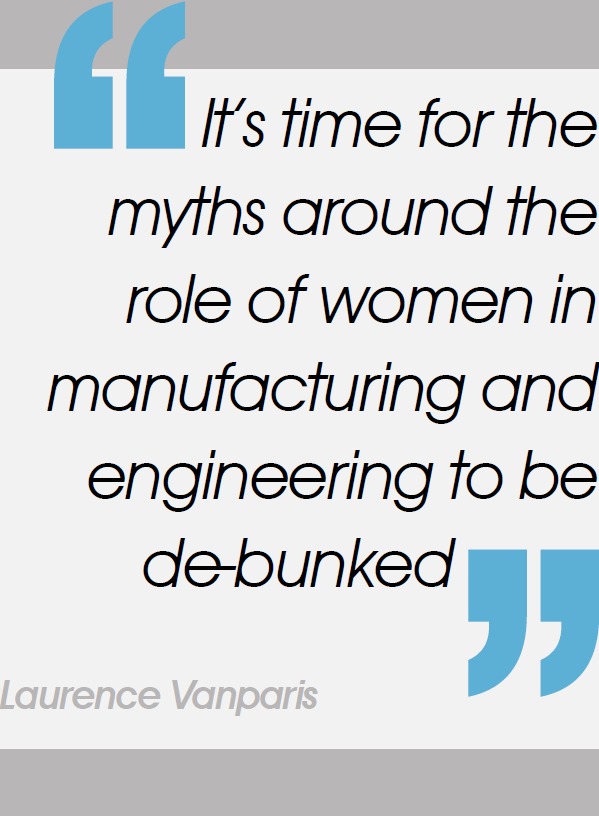 “Being in manufacturing is something I love – seeing things being made is a joy to witness. It’s this passion that I want to impart to other women who are already, or are thinking about going into the industry.

“Diversity within the workplace is essential to ensure that there is a breadth of skills and ideas within every team.”

And one of our younger engineers, 23-year-old New Initiatives manager, Beatriz Coneicao, recently told us: “I always knew that my career would have to be related with engineering as I am someone that likes to be challenged. It demands a lot of energy and it’s a constant process of learning, but it means that each day provides a new task to conquer.”

Young engineer, Beatriz Coneicoa exudes enthusiasm for the progression of women in the sector.

While still relatively new to her role, it was clear to see Coneicoa’s natural excitement on the transformation that is happening in the workplace; “It’s fantastic to see the progression women have made within STEM-related industries – having female role models in the industry certainly helped me, and I hope I can do the same for other women in the years to come.

“Diversity in the workplace is essential to ensure that there is a balance of opinion in the decision-making process. “

The virality and sheer volume of global interaction with #ILookLikeAnEngineer demonstrates that there is still a lot of work to be done in debunking current perceptions around careers in STEM – and business has a big role to play.

We believe there is a clear competitive advantage to be gained from having a truly diverse workforce.

Organisations that reflect the realities of the world around them are far better placed to understand the needs of their customers and consumers.

A diverse workforce means having diversity of ideas, leading to enhanced ways of working and ultimately to better internal decision-making. 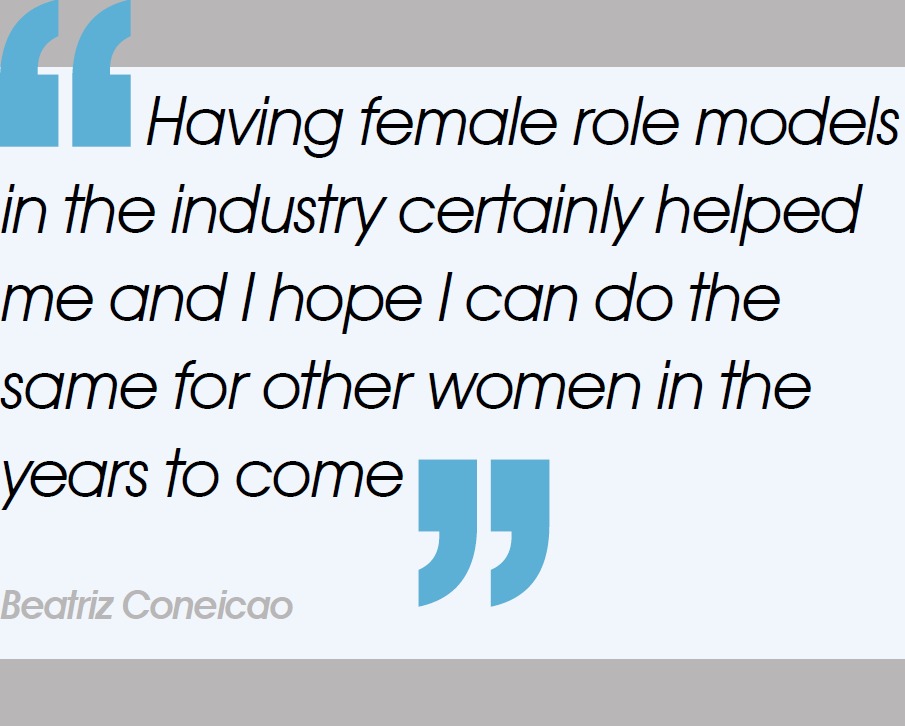 As a sector, we need to move quickly to prevent rising stars dismissing entering the sector on the basis of miscommunication and distorted perceptions.

Employers, like ourselves, should be actively searching opportunities for those women already in STEM industries to spread the message that it is a mentally stimulating and vibrant field of work.