The man behind Autodesk: Carl Bass

Jonny Williamson sits down with the CEO of Autodesk, Carl Bass.

The last time I saw Carl Bass was in Las Vegas at Autodesk University 2014 where he stood on stage in front of a 10,000 strong crowd against the clang of electric guitars, flashing lasers and t-shirts being rocket-launched to eager hands.

Fast-forward four months and it seems almost incongruous to be sat with him sharing a quiet drink in the bar of one of London’s most exclusive boutique hotels.  Dressed in scuffed trainers, jeans and an Instructables t-shirt, he doesn’t appear to be your typical CEO of a multi-billion dollar international company, but if there’s one thing Bass is renowned for, it’s bucking expectation.

From deciding to make the company’s software freely available to every one of the world’s educational institutions, to pioneering the world’s first free, open 3D printing software platform – Spark, and the first Spark-powered 3D printer – Ember; the biggest difference Bass has driven since taking over the reins almost a decade ago, is Autodesk’s focus on tomorrow.

“We’ve been pretty purposeful about looking to the future and asking what’s going to matter, how is the landscape going to change, how are people going to design and manufacture?” he explains. “We then try to fit the pieces together, identifying and acquiring innovative start-ups that mirror or drive forward our goals as a larger organisation.” 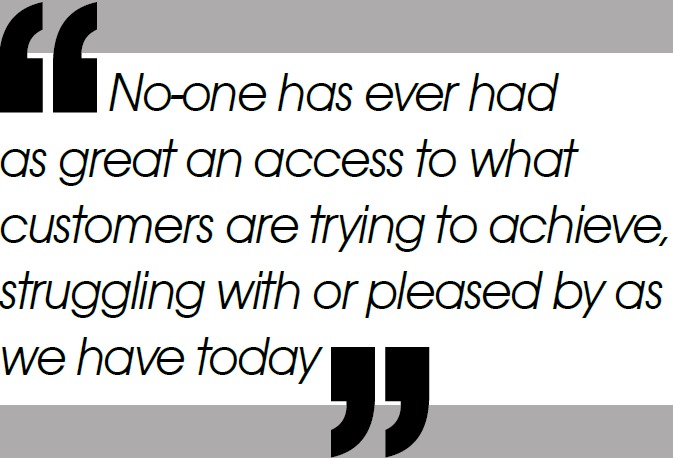 Though you can never be 100% sure, Bass admits, somethings just seem obvious. Take the cloud for example; something which offers a huge amount of computing power, available on a scaleable basis, which you can either increase or decrease your usage of as and when necessary.

“Those attributes would be incredibly valuable in engineering, transforming simulations that once took days into ones that take hours,” he says. “When you consider how people want to work and collaborate on projects, having a central coordinated point in the cloud just makes sense.”

According to the CEO, it boils down to the usual limitation – not the technology itself, but people’s willingness to adopt it. Would people embrace putting their information on the cloud? That’s something which for many, in the UK at least, remains open for debate.

Bass, however seems far more convinced: “There’s still a lot of hesitancy towards the cloud, especially in manufacturing; but right now Autodesk has 20 million users putting CAD files online, with 6 million new designs created each month. There may be plenty of naysayers, but conversely there are many embracing the cloud and realising its benefits.”

The huge global community which makes use of Autodesk’s software platforms is a resource Bass frequently makes use of, engaging with users’ comments and queries on the company’s various online forums. It may be a rare occurrence elsewhere to have your suggestions answered by a CEO, but that difference is exactly what Bass is trying to foster around him.

“Our job is to discover how best to use Autodesk’s tools, how they can be improved and what can be done to make them more suitable for the task at hand,” he says.

“No-one has ever had as great an access to what customers are trying to achieve, struggling with or pleased by as we have today. It allows you to tap immediately and directly into what is happening either locally, nationally or globally.”

What boosts Bass’s ability to engage with this community of tool-users and makers is his own deep-rooted passion for making. In close proximity to his home in Berkeley, California is his personal wood, stone and metalworking shop, a crucial place that combines his enjoyment of making with his desire to use his software as a customer, rather than developer. 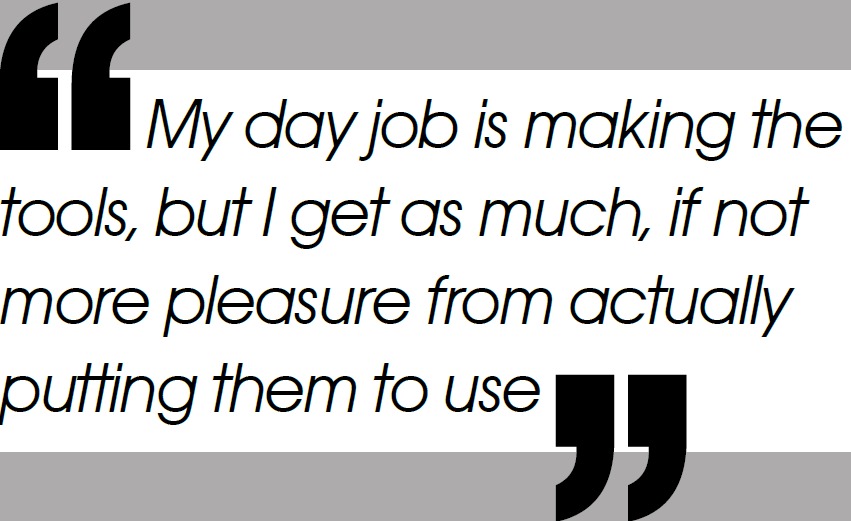 “My day job is making the tools, but I get as much, if not more pleasure from actually putting them to use; not least because it gives me a better understanding of them. I get to share the frustrations of users and see where the areas are for improvement,” he enthuses.

Discussing where this enjoyment of making and engineering arose from, Bass says neither his mother (a teacher) nor his father (a chemist) encouraged it; compounded by the fact he grew up in a New York City apartment with neither a garage to work on cars in, or a garden to locate a shed.

He highlights a friend who gave him a furniture-building book during his years at Cornell University: “I read it, started putting some pieces together and never really stopped. It was that, combined with looking around me and for the first time noticing – and appreciating – that everything had been made by someone.”

Following several summers spent in Seattle and Maine serving as a river guide, and building various boats, kayaks and rafts; Bass returned to Cornell and graduated in mathematics. The rest, as they say, is history.

Having navigated Autodesk’s successful course from 2D to 3D model-based design, and more recently supplementing the company’s software offering with its first physical product, Bass believes innovation is only going to become more important over the coming months and years.

“Our work used to stop at the screen, with the finished digital model. We left it to the user to get from that beautiful model to the physical object. Then we had a realisation that we had to help our users not only design something, but make something. That was a big focus for us last year.

“This year I expect to see a continued movement to the cloud for the core business. We’re really approaching the tipping point from naysayers to believers and you can feel the tide turning.

“Generative design (see bit.ly/AutodeskVision), coupled with additive manufacturing is going to be incredibly interesting in the very near future, and we are going to start seeing commercial products based on these technologies making their way into the world.”