The Manufacturer Podcast: Leaders of industry

The editorial team - Tom, Joe and Lanna return with another episode of The Manufacturer Podcast. What are some of the current rudiments, trends and challenges for leaders in the sector?

Our Leadership Series kicks off with two excellent interviews. Firstly, we have an exclusive with John Pearce, CEO of Made in Britain, that celebrated its 10th birthday this year. John has been at the helm for the last seven years, and discusses what has changed in this time as well as what he believes the next 10 years could hold.

We also have an interview with Juergen Maier that we did at MACH 2022 back in April. Juergen speaks about the changes we’ve seen in the last couple of years and his admiration of UK manufacturers progress in digitalisation and the net zero push.

The editorial team also discuss some of the fantastic leaders they’ve encountered, be it through meeting them at factories and facilities or through awards programmes such as The Manufacturer Top 100.

We’ve got all this and more, so get stuck in listener! 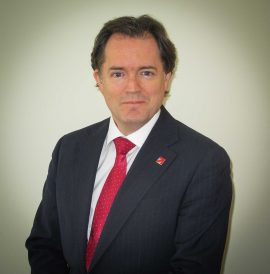 “Goodness me, there has been so much change over the past seven years. I think the the main change that I’ve seen is the intersection of trade and retail manufacturing. We’re primarily a group of 1800 plus manufacturers, but in that group, half of them are retail manufacturers. The other half are what we’d call trade manufacturers or industrial manufacturers. I think one of the big changes that I’ve seen in recent years is how those two groups are merging and almost becoming part of the same story – a very upbeat story of manufacturing at all levels; all kinds of materials, lots of different sectors and lots of them vertically integrated these days.

“They might be selling directly from their factory, probably something that you and I couldn’t identify – it might be the nuts and bolts of industry, but they’re selling it directly from factory door where necessary. And that’s creating a really interesting new ecosystem of modern British manufacturers and we we’ve put them all in one place with Made in Britain which makes it easier for people to identify them.”

Jurgen Maier on the current digital ecosystem of UK manufacturing

“In two years, the world has completely changed. Energy prices are obviously one of the key issues recently. But, we have prepared ourselves for this fourth industrial revolution. We have spent 10 years in this country, investing in Catapults, such as the High Value Manufacturing Catapult, Digital Catapult and in the Made Smarter programme. I think we have created an ecosystem to support companies during the pressures of needing to work remotely because of COVID. If you then include the rising energy prices, these problems have got everybody to focus on digital technology and net zero.”

Listen back to the last episode of our Technology Series