The team recorded this episode on International Women's Day which featured some wonderful examples of women in manufacturing.

Although the sector is often criticised for it’s lack of diversity, we shine a light on those who are changing perceptions and leaving their mark. Hear from The Manufacturer’s MD Grace Gilling, who shares her insights in to what has changed during her 10 year period in the sector.

We hope you enjoy this week’s episode! 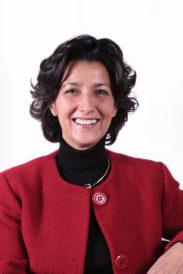 “I think breaking the bias means breaking the culture of silence. Most of us will have been in workplaces where what people think is ‘banter’ is people objectifying women or people. Let’s stop being silent about it and call it out, let’s make it obvious when things aren’t right and make it uncomfortable for bad behaviours to persist.

“The manufacturing sector also needs to be presenting images of the sector that are genuinely diverse. Not just to young children coming up through school but also presenting them to those individuals who are running manufacturing businesses. We should be challenging them to challenge themselves.”

Ward added: “I think breaking the bias is all about changing people’s minds on what engineering and manufacturing actually is and highlighting the roles and women that already exist within the industry.

“It’s really important that we are also highlighting women that the younger generation can relate to; the pressures that women face today aren’t the same pressures that women faced when I was younger. We need role models that young women can look up to and can see their future selves in. We need to show young women what a career in manufacturing actually entails; it’s not just wearing a hard hat and muddy boots, it’s so much more than that.” 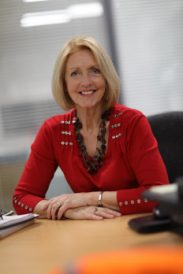 “It is still a very male dominated; when I sit around board table meetings and industry events, I am surrounded by men but I do think it is changing, but it’s slow and it’s going to take time.

“I am heartened by the change I’ve seen over the sector, but the pace worries me. We haven’t got the mainstream media on board as much as we need to. We see a lot of information about how much young people can earn from becoming an influencer, but never about how much you can earn as an engineer. Engineering is one of the highest paid sectors, but it’s not often even considered.

If you get told ‘no’ – do not let it defeat you; be determined that this is what you want to do. It might take a while to get to the point where you start to show what you’re worth and what you’re capable of, but in the long run, it’s so worth it.

“Qualifications are absolutely key. If you can come to the table with really good qualifications and some practical experience, that’s a massive door opener as far as I’m concerned. Another point is don’t just be interested in the engineering aspect of the business, but also the commercial side too.” 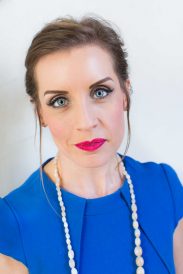 “We need more relatable products to bridge the gap between engineering and women. Let’s get products that young women are interested in, whether it’s something significant like a breast scanner, or something superficial like how lipstick functions.

“I think young women would be surprised by what the sector has to offer. I want young women to explore their own journey and they owe it to themselves to try something before ruling it out. To the young individuals looking to enter the sector, I say, ignore what may be popular in the industry, ignore the typical type of images you see around manufacturing and go and find out for yourself what manufacturing has to offer you.”