Following government's confirmation of the £1.2bn order for the Agility Trains consortium to design, build, finance and maintain 30 nine-car electric Hitachi Super Express Trains last week, it promises to be a busy time for the British manufacturers involved in the project.

The vehicles are to be produced at Hitachi Rail Europe’s factory at Newton Aycliffe in north-east England, which is scheduled to begin full production in 2016 as part of a 27-year contract.

With 17 contributors spanning from Somerset to Newcastle supplying everything from the interior lighting to the brakes, the construction for Hitachi is a very British affair. 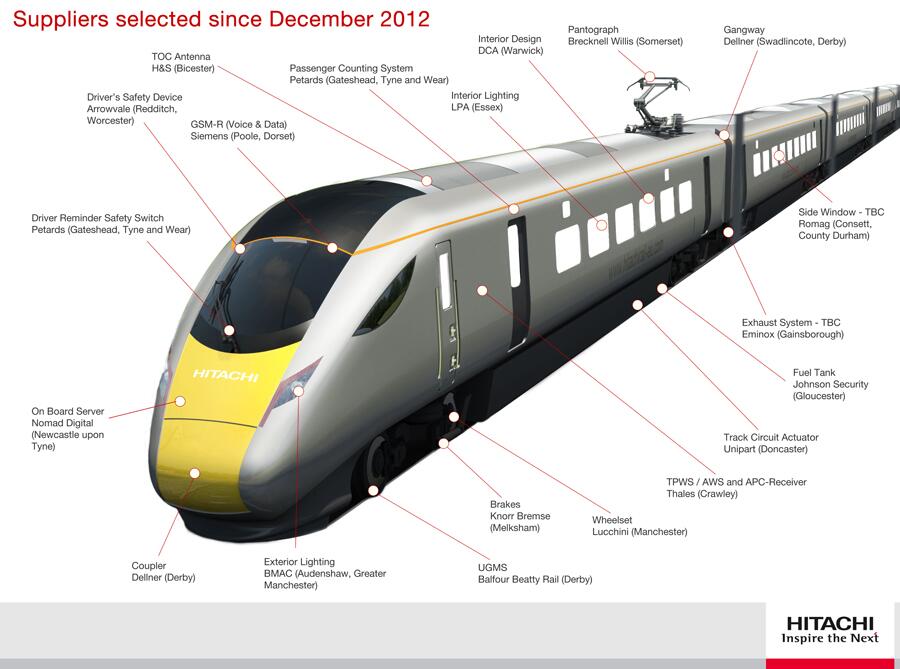 Source: Photo courtesy of the Department for Transport