James Pozzi visits this year's Skills Show at Birmingham's NEC to discover how some of manufacturing's biggest names are seeking to engage the next generation of skilled employees.

“What’s your secret skill?” is a question I’ve been asked a lot today. While those few split seconds for a response conjures up wishful thinking (esteemed mountain climber? Hot shot motor racer?) I ultimately plumped for the mundane but nevertheless useful shorthand at 100wpm. But whatever an individual’s skill, the wider subject matter has never been more important to the future of a country, which has responded in kind by embracing skills like never before. With the sizeable STEM gap in need of bridging in order to accommodate the next generation of engineers, the event’s scale and accessibility provided a useful catalyst towards inspiring young people.

And the scale of the event is vast in so many ways. Everyone from Crown Paints to the British Military were all under one roof. Notable backers were also out in force. Day one of the event saw visits from Deputy Prime Minister Nick Clegg, skills minister Matthew Hancock and an opening address from Skills Show patron Theo Paphitis. UK industry representation was also heavy. In the manufacturing world, big names such as BAE Systems, Toyota and HS2 showcased themselves through interactive stands, playing their part in showcasing their skills initiatives to visitors from across the country.

Given the vast array of exhibitors taking up a sizeable four exhibition halls, the manufacturing contingent were mercifully situated in close proximity. Toyota, as one of the world’s most globally recognised companies, were first to discuss what an event like The Skills Show offers. A key component of their plan is high levels of engagement with students at school level.

Jaguar Land Rover, one of Britain’s biggest manufacturing success stories, was also present to showcase some of the work carried out at its facility, based just a stones throw away in Solihull. One of its apprentices,

Third year apprentice Sachin Gohil said he chose an apprenticeship at JLR as a way of utilising his interest in the automotive sector. “I’ve always had a keen passion for cars, and after doing a BTEC level three, I was keen to get involved.” He continued: “I saw an opportunity at JLR, and there were 94 spaces available with over 3,000 applicants.”

Gohil added the recent £1.5bn investment will boost apprentice numbers for years to come, while making the Midlands region attractive for automotive career starters to move to.”Since I started my apprenticeship we’ve had a lot of changes due to investment in Solihull, and this means a bright future to the Midlands as a region.”

Crossrail, Britain’s biggest ever infrastructure project running until 2018, also showcased its work throughout London with an interactive display. Crossrail had everything from asking educating on concrete materials, something Kate Myers, who runs the Young Crossrail programme, feels is an interesting yet overlooked aspect of the process.

“The Skills Show gives Crossrail a great opportunity to inform people about the project and exactly what sort of work has gone into it,” she said. She added the response for the project has been “overwhelming,” and believes could ignite interest in engineering careers extending far beyond the project’s conclusion.

Also flying the transport flag was the HS2 project, a source of political contention in recent times. Representing one of the biggest overhauls in British transport history, and with costs estimated to be hitting £60bn depending on what paper you read, the need to engage with the wider public directly is something very much on its agenda. At the event, guests were allowed to make suggestions as to what they want from a train service; with suggestions ranging from drinks holders to home cinema systems.

Scott James-Eley, skills and employment strategy manager for the HS2 project, said there is a need for a wider discussion about the benefits of linking together the UK’s need for infrastructure upgrades with continuous need to feed into rail improvements in general. Ultimately, investment and demand means jobs.

“This is an enormous infrastructure project which could take up to 30 years to deliver, so The Skills Show is really about planting seeds and making young people think how they can fit into this in 5-10 years time” he said. James-Eley added: “We’ve taken the opportunity to talk about the obvious things such as engineering and construction, but also the areas of the project which people wouldn’t immediately think of. This includes an archaeologist, finance, cost and risk. We’re showing how a project like HS2 offers different opportunities.

A time for optimism

The overwhelming feeling to take away from the Skills Show is one of genuine optimism. The enduring belief that the UK can still produce the skills needed to address the highlighted gaps is beyond doubt. Nurturing what already exists through engagement and collaboration rather than a complete re-think is the desired path. And with events like these so enthusiastically received, the impetus is there to close the skills gap, particularly in STEM subjects, over the next decade. 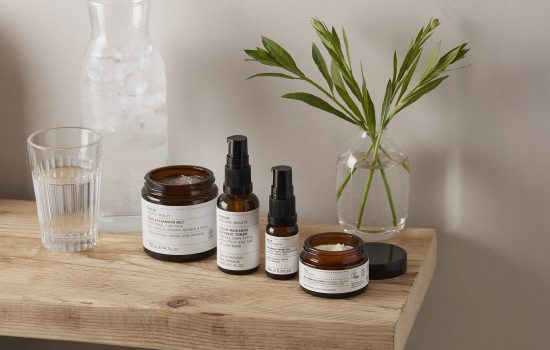